It’s hard to get over the money gear that Carmella has been using since Wrestlemania 37. The dollar-printed gear is all about her ‘Money is Mella’ gimmick which also shows off a bit. No wonder that dress caused her a wardrobe malfunction at the biggest event of the year but she hasn’t got over it. So she was back donning it on this week’s Smackdown.

Once the show was over, Carmella posted another hot photo of her on Instagram in that same outfit letting her fans know that the bombshell version of her is back on TV. “The 𝔟𝔬𝔪𝔟𝔰𝔥𝔢𝔩𝔩 is back… and she is WINNING hunnyyyyyy. Best caption gets a repost,” the quote from the photo stated. 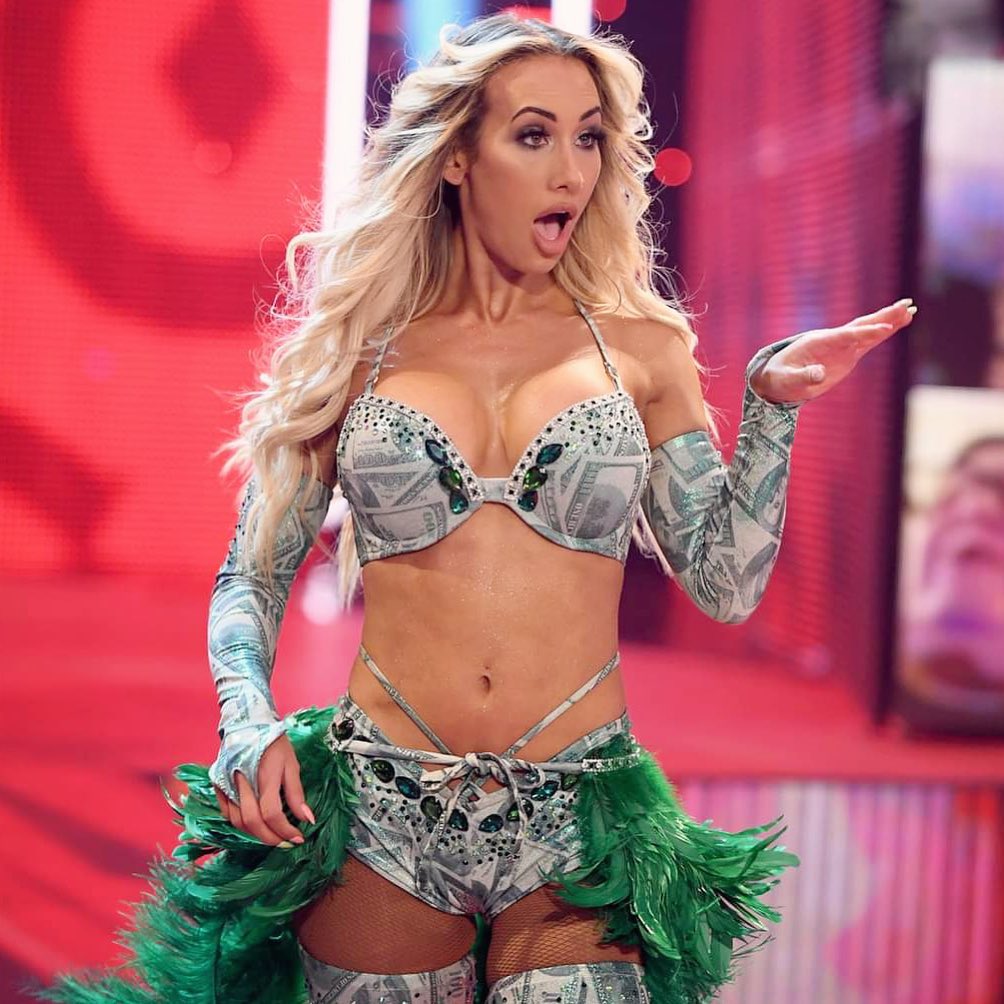 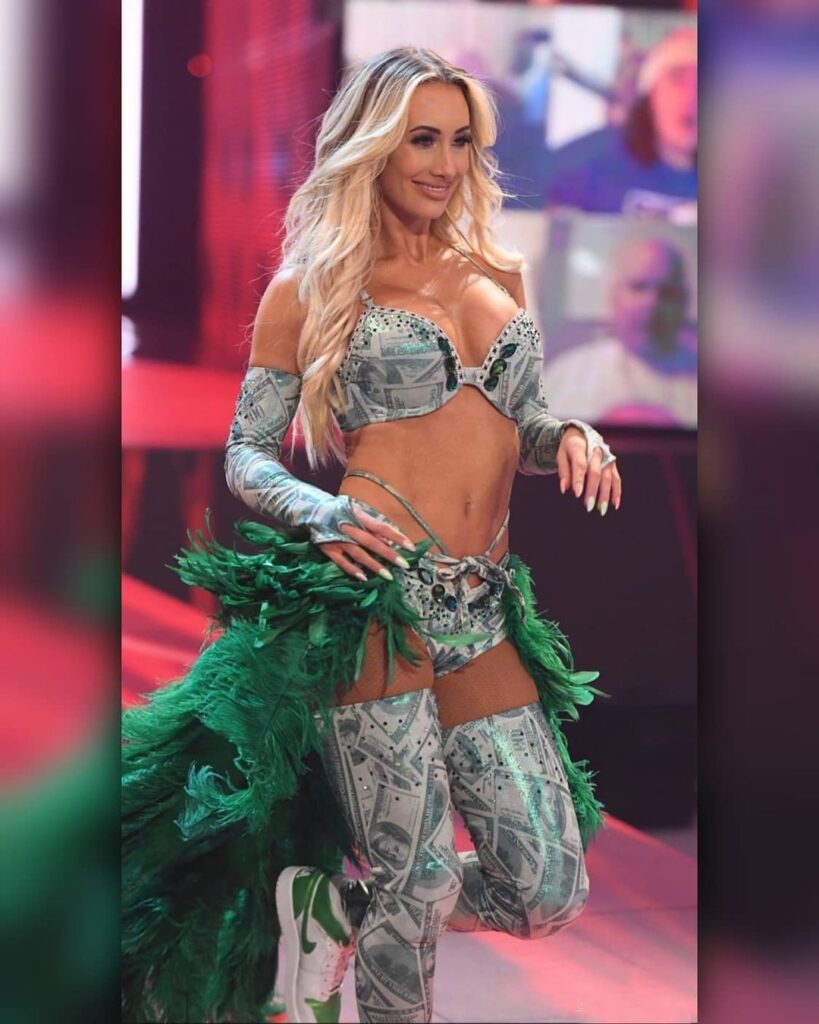 It seems the former Smackdown Women’s Champion was elated to be back on TV, this past Friday Night. She did have a lot of complaints about WWE underutilizing the female talents in recent times. For the time being, those may have been wiped out as Carmella defeated Ruby Riott in a singles contest. This might just put her back into the title picture in the coming weeks. 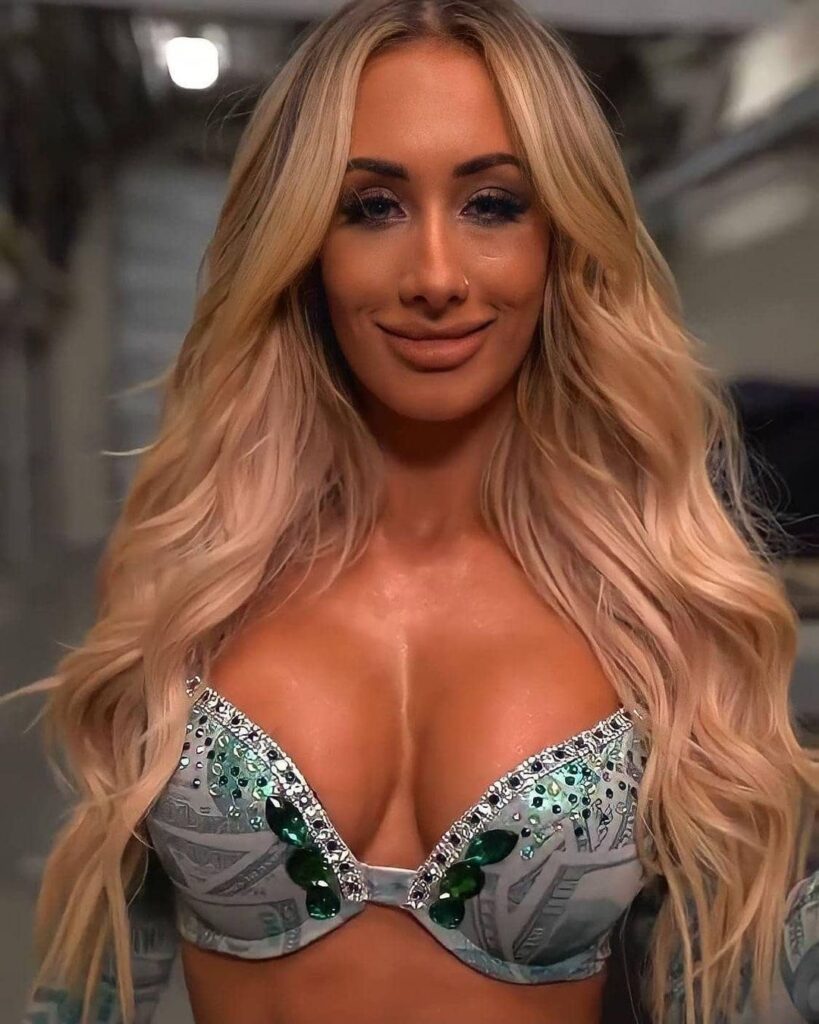 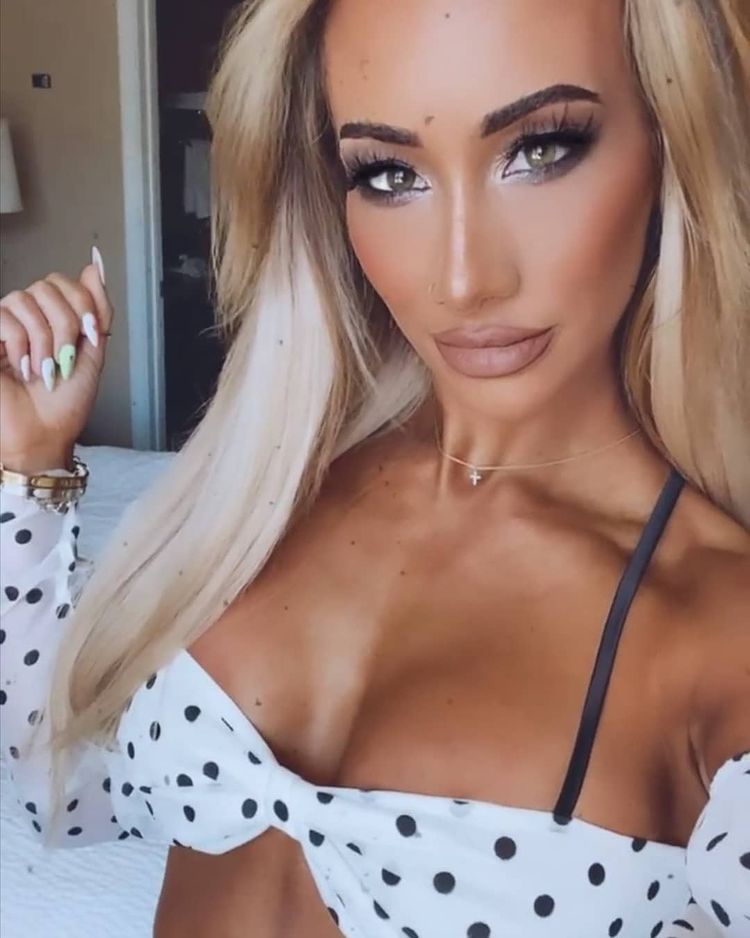 In another short video, the Princess of Staten Island was seen wearing a polka dot outfit as she gave a shoutout to the hotel AC that helped to blow her hair. The caption stated, “Shoutout to the ac in my hotel room for providing me with the perfect windy moment for this selfie.” Charlotte Flair, Natalya, and WWE Hall of Famer Torrie Wilson took their time to praise the post.

Carmella was stunned by The IIconics’ release

In a recent appearance on The Bellas Podcast, Carmella let us knew how much she’s rocked after the recent release of The IIconics – Billie Kay and Peyton Royce. The Untouchable One and Kay teamed together at WrestleMania 37 for a shot at the WWE Women’s Tag Team Titles. She was looking forward to doing more work with Kay but then Kay was suddenly gone from the company.

As seen in Carmella’s below comments, she was devastated with the way the Australian star was released,

“I felt like ‘I’m done with this whole sexy gimmick they want me to do or try to be sexy.’ Which is fine and it’s fun to be sexy, but I wanted to show my personality more. I wanted to show a little bit more of a fun side. And I was really looking forward to doing that with Billie. Our entrance alone, she was cracking me up. She was so funny. I was really looking forward to where that was going to go. And obviously, unfortunately, we can’t do that any more.”