Mandy Rose defeated Sonya Deville at SummerSlam in a No-DQ Loser Leaves WWE Match meaning that Deville is no longer with the WWE. She has also been placed in the Alumni section of WWE’s website. As per her last promo and social media comments, it legit looks that she has seemingly departed the company whereas her rival is looking for a better future. 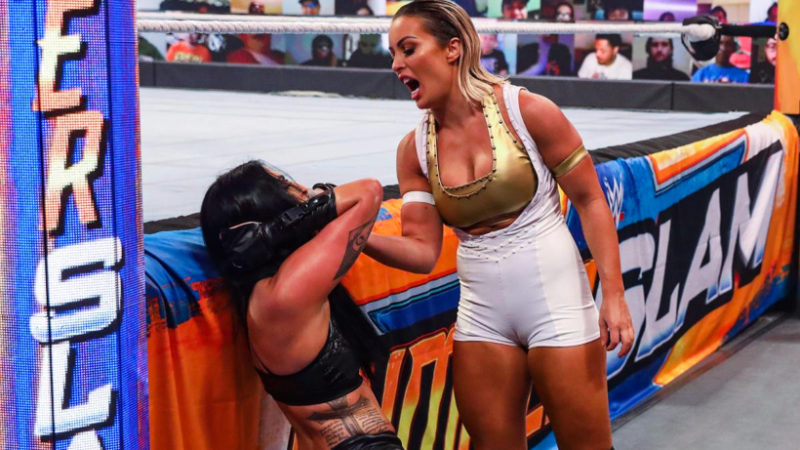 While speaking on WWE’s The Bump YouTube show, Mandy Rose stated that she’s ready to challenge Bayley for the SmackDown Women’s Championship, now. She’s apparently become more mature as a WWE wrestler and also credited Deville for bringing the intensity out of her through their personal feud.

“I’m ready to win that SmackDown Women’s Championship and put it all behind me. If anything, she brought it out of me.” (Transcription by Ringside News)

Mandy Rose will be continuing her WWE stint following SummerSlam. She has changed her look portraying a shorter hair now, part of which has also been dyed black. With this fresh look, she’s looking to make her name as big as she can. Gunning for the Women’s Championship is the best that she can ask for in the future.

It should be noted that Bayley is the reigning SmackDown Women’s Champion in the WWE who is holding the belt for more than 300 days, now. She has beaten everyone in the blue brand except for Mandy Rose. WWE could finally be gearing her up for a title run in the next few weeks while setting her up for a feud against the Role Model.

Mandy Rose and Sonya Deville were previously set to compete in a Hair vs Hair match at SummerSlam which got changed, at the very last point. But Deville’s lawyer in the kidnapping case didn’t want her to get her head shaved as it would affect the case. 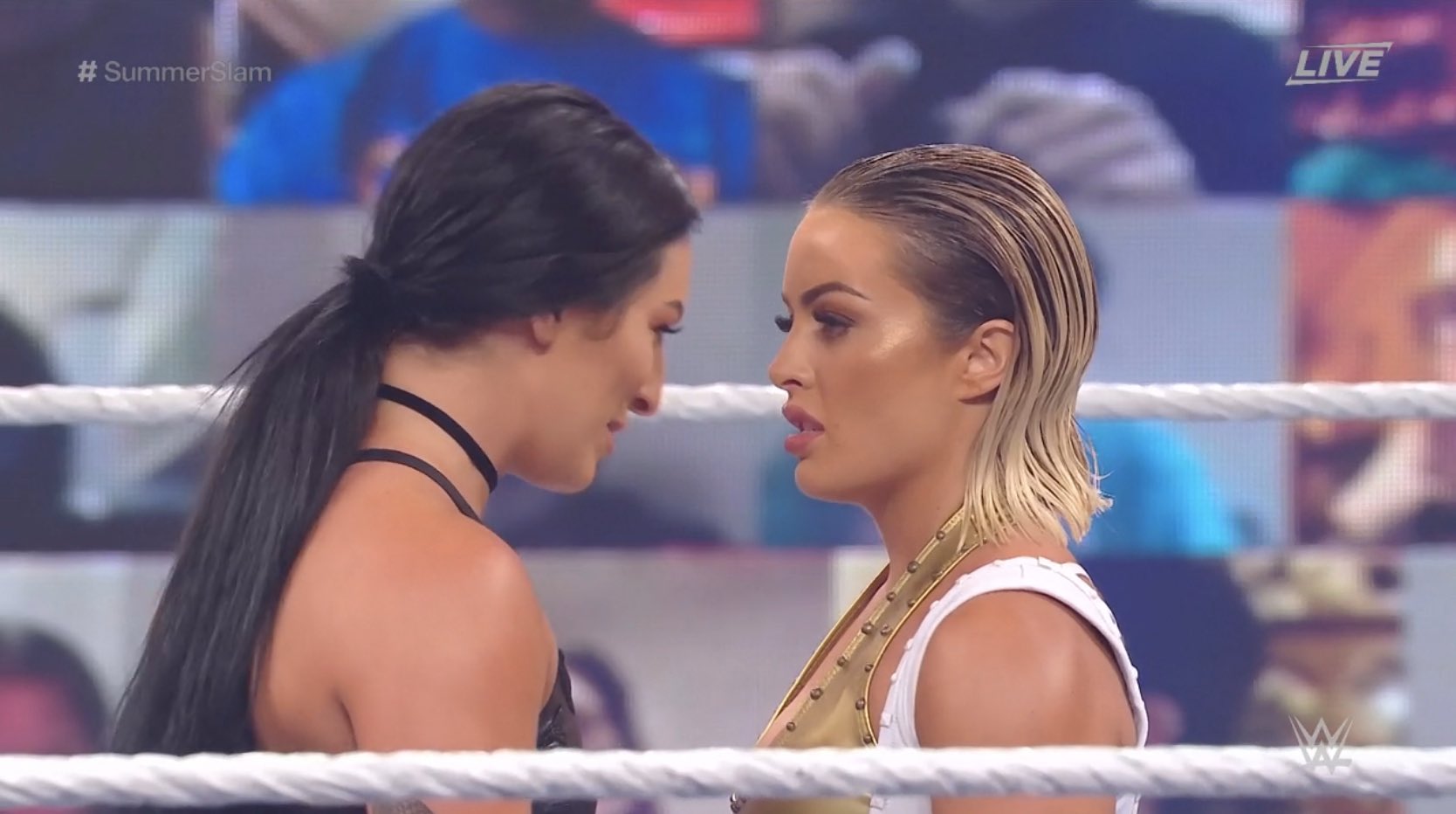 The Wrestling Observer is reporting that Vince McMahon still has plans to do a Hair vs. Hair match but it doesn’t necessarily mean that Mandy Rose and Sonya Deville will be participating in the upcoming match,

“I presume that Sonya is gonna be off for a while to deal with this issue and then she’ll come back. I pray she’s not gone forever because she’s a highlight of SmackDown and her promos are unbelievably great. They worked their a$$es off in this match. Apparently Vince McMahon still wants to do a hair match so if you see them shoot angles that look like they’re leading towards a hair match well, there you go.”