Ending months of speculations, Eva Marie is finally here on WWE Raw, as seen on last week’s episode that served as the go-home edition for WWE Hell in a Cell 2021. While she hasn’t even competed in a match for almost five years in the WWE, the returnee claims to become future champs in the company with a striking force by her side on the show. 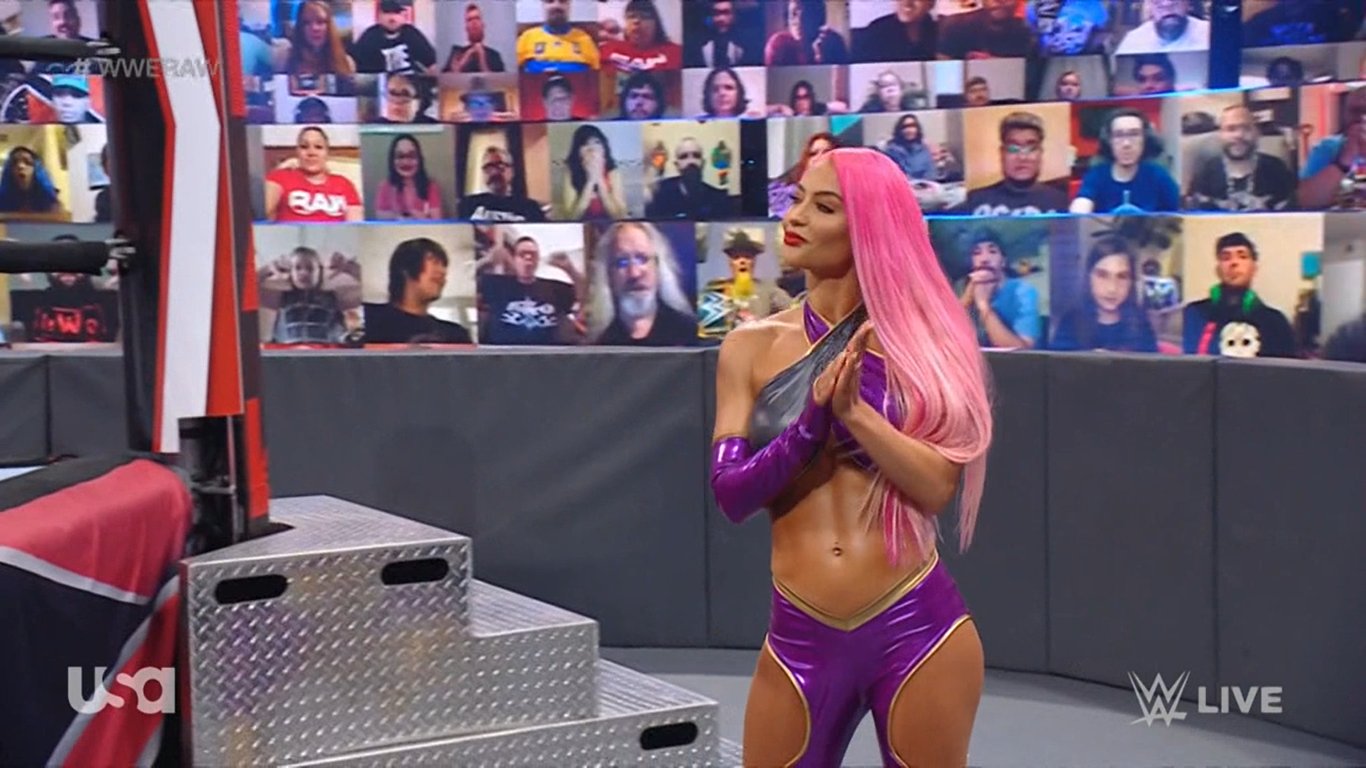 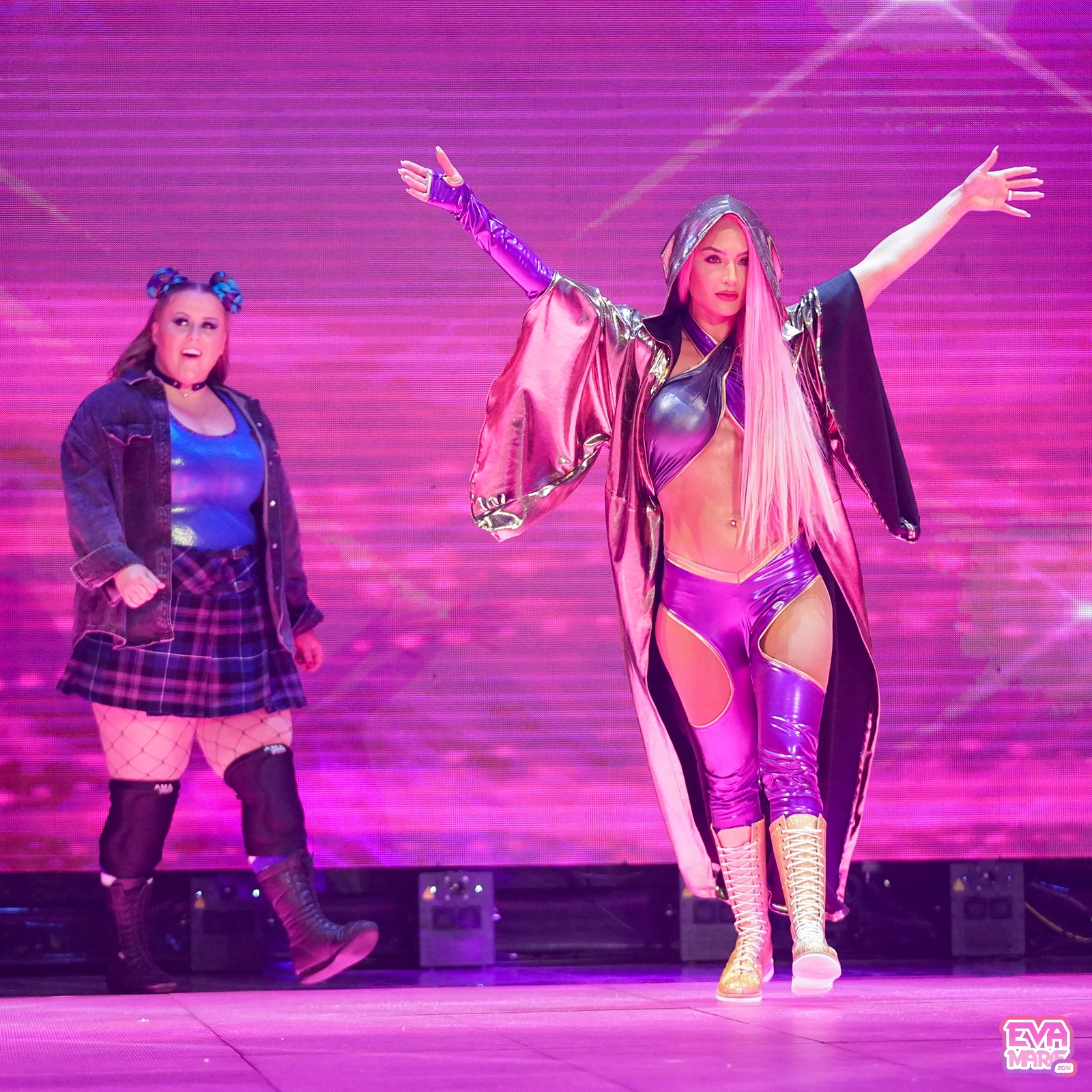 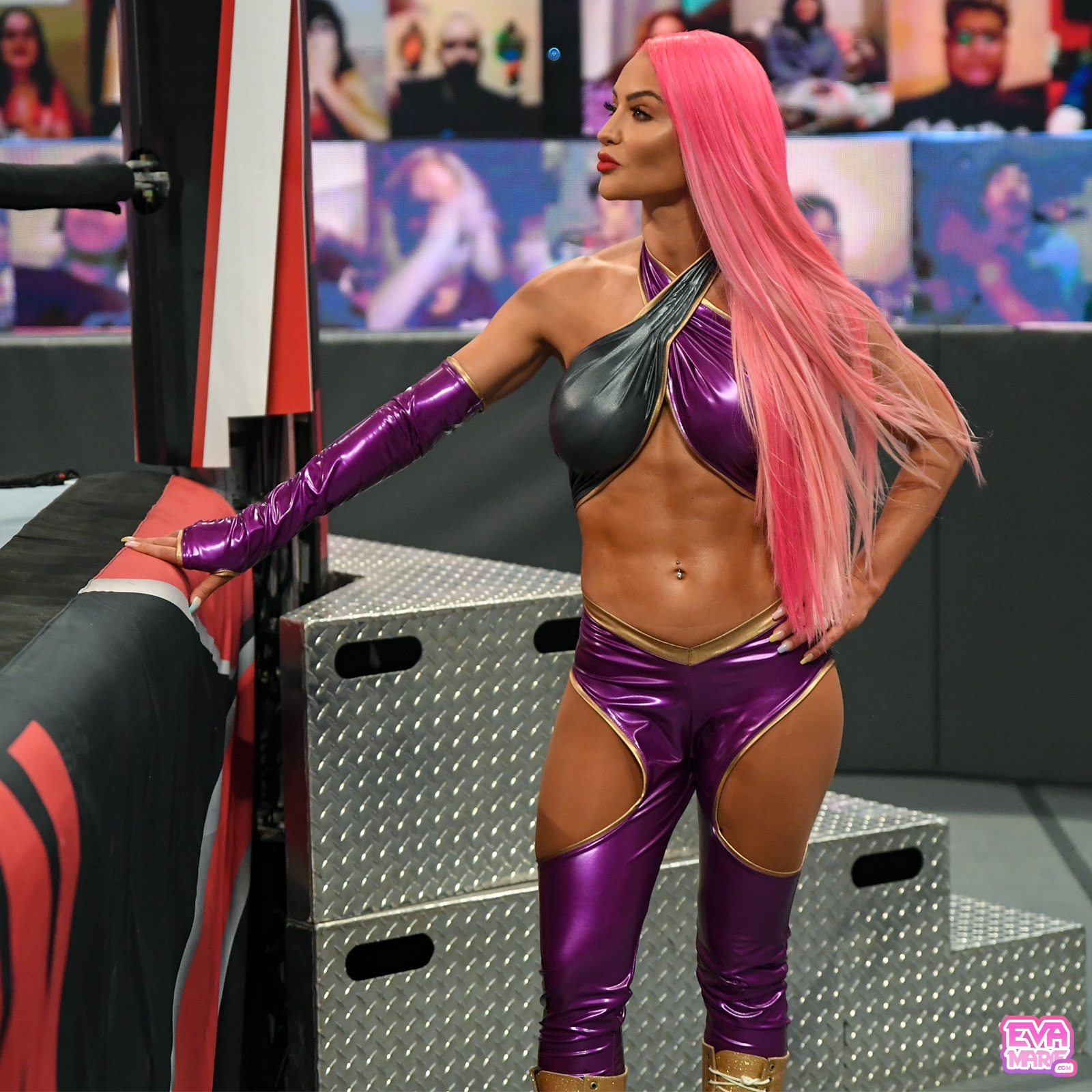 Eva Marie made her return to WWE RAW who also brought WWE NXT UK Superstar Piper Niven with her. WWE originally announced Eva vs. Naomi in singles action for the show but then Eva came out to the stage with Niven and walked behind her as Niven rushed the ring. Niven then informed the confused referee to ring the bell as she would be competing instead of Eva. 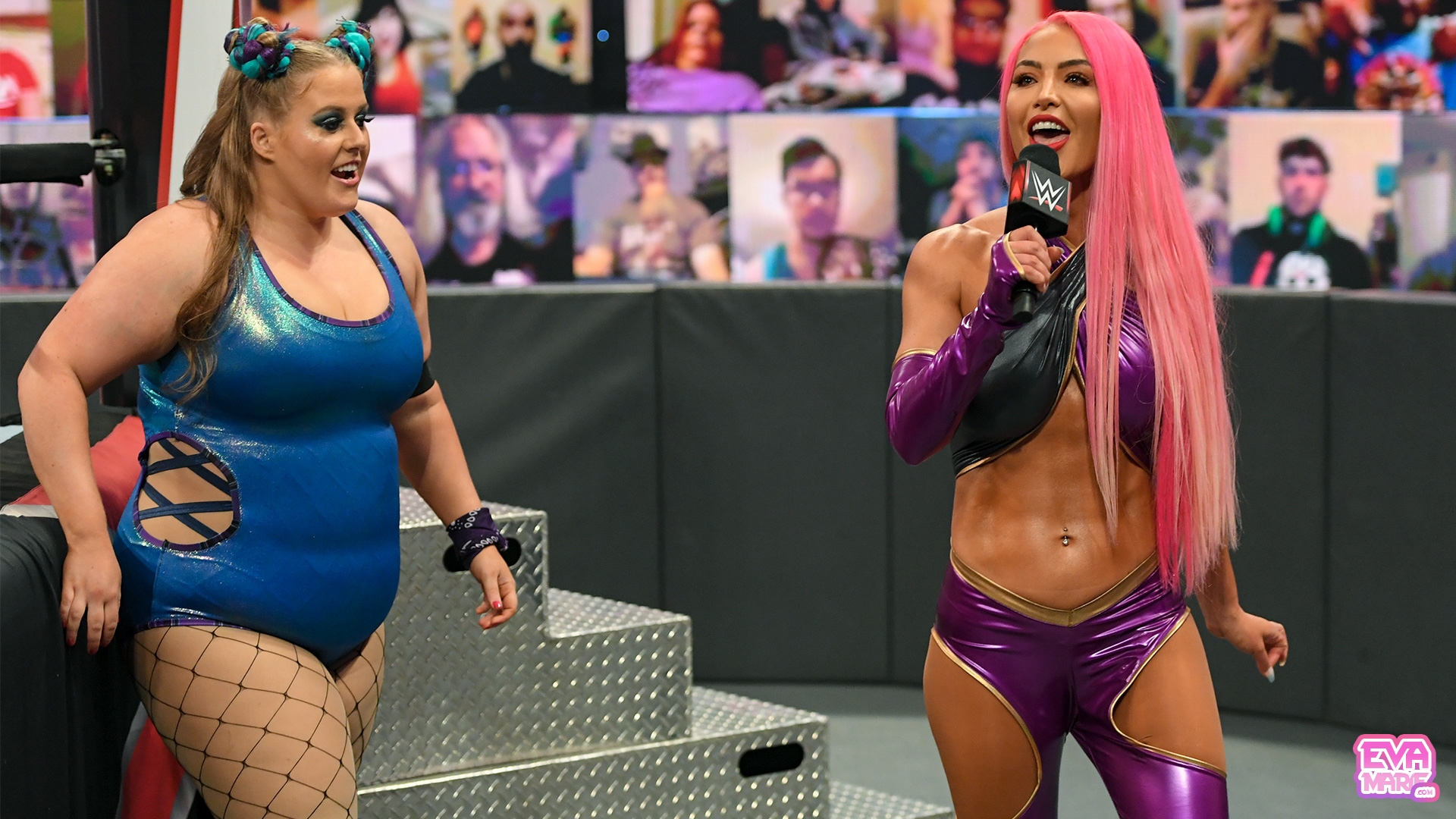 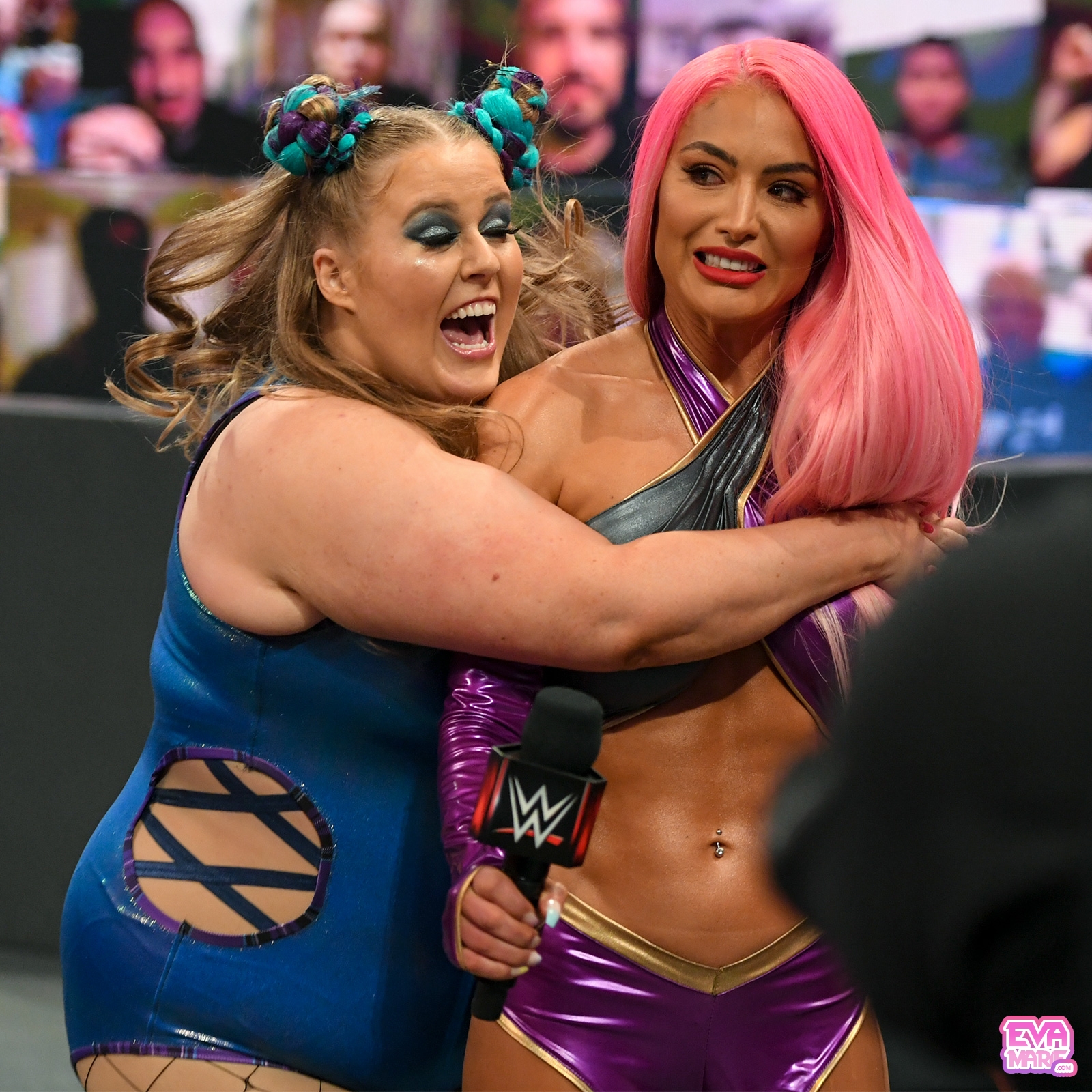 Niven would go on to dominate Naomi in that match. Following a splash, Niven finished the match by delivering a Michinoku Driver on Naomi in the middle of the ring.

After the match, Eva Marie took a mic at ringside and announced herself to be the winner, despite the fact that she never stepped foot in the ring for a moment. Niven left the ring after the win and embraced her mentor at ringside as the two celebrate before leaving. 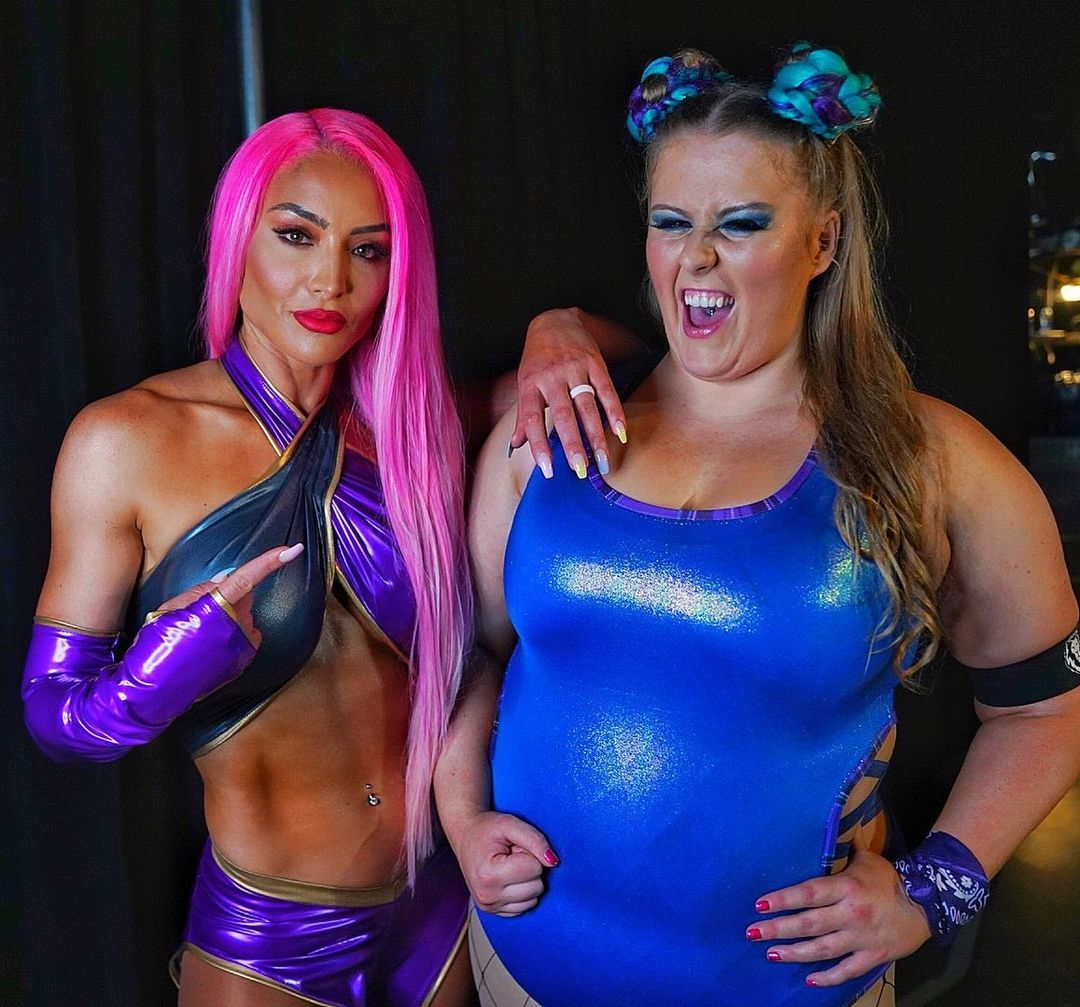 You can check out the photos of Eva Marie’s return from this week’s Raw as given throughout this article. Meanwhile, the Super Role Model posted a photo-shopped image of herself and Niven from backstage on Instagram to indicate that the duo would soon become the Women’s Tag Team Champions. The caption of the image stated,

“Trending all night AGAIN! The unprecedented love and support of the WWE Universe is the driving force of the #EVALution . We won’t stop!” 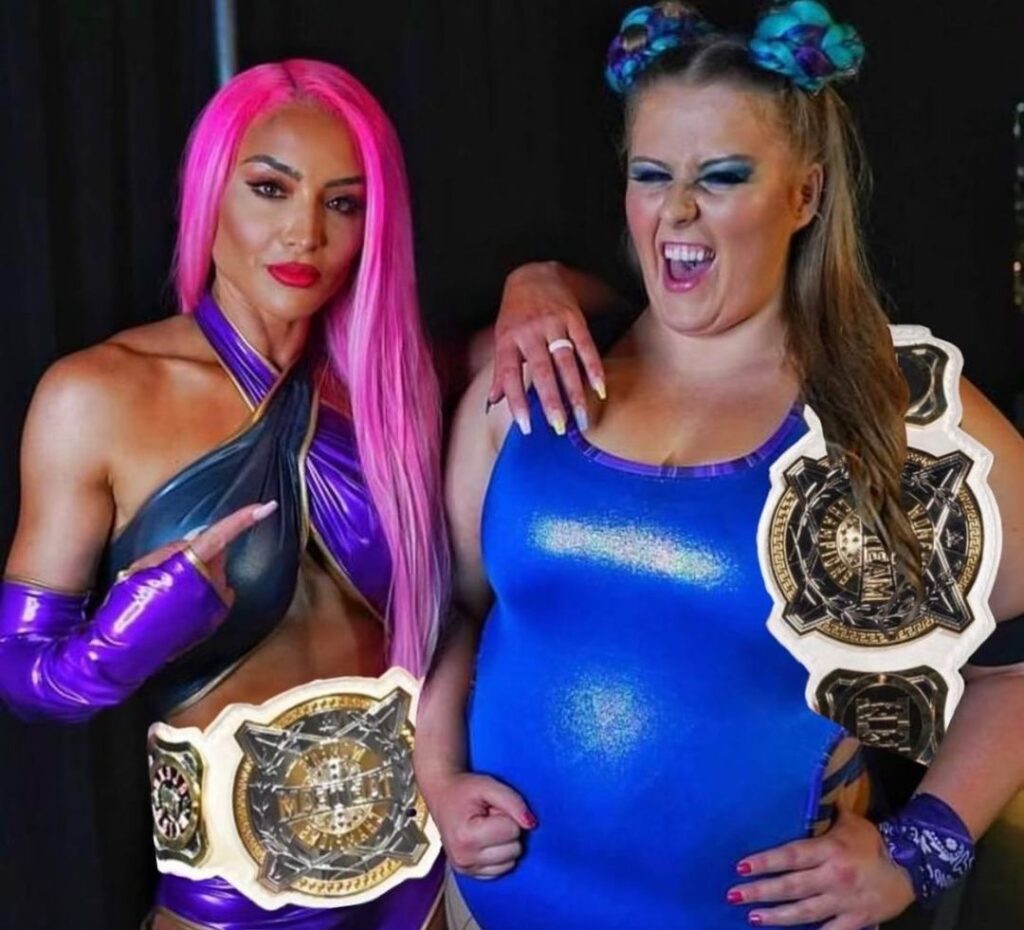 Niven was not identified by the announcers of Raw as we can assume that she will be given a new ring name. There’s no update on if Eva Marie will actually wrestle after coming back to WWE. Previous reports claim that she would be used as a vehicle to get a new RAW Superstar over. Niven seems to be the first in line for that push. More updates on the duo will be available as Raw progress following this week’s Hell in a Cell.