Goldberg was in presence on WWE TV, yesterday night. He appeared on a ThunderDome screen during the season premiere of Friday Night SmackDown. This appearance was already noted by several wrestling media outlets prior to the show as well as during the kick-off show. But the interesting part is that he was featured only during the Universal Title match.

It was observed that his face popped out when Roman Reigns vs Braun Strowman on the main event was going on. Apparently, there’s a big reason behind this. Ringside News has informed that Goldberg showing up on SmackDown premiere this week, “meant nothing” when it comes to an in-ring return. It was just because he’s under contract with the company. 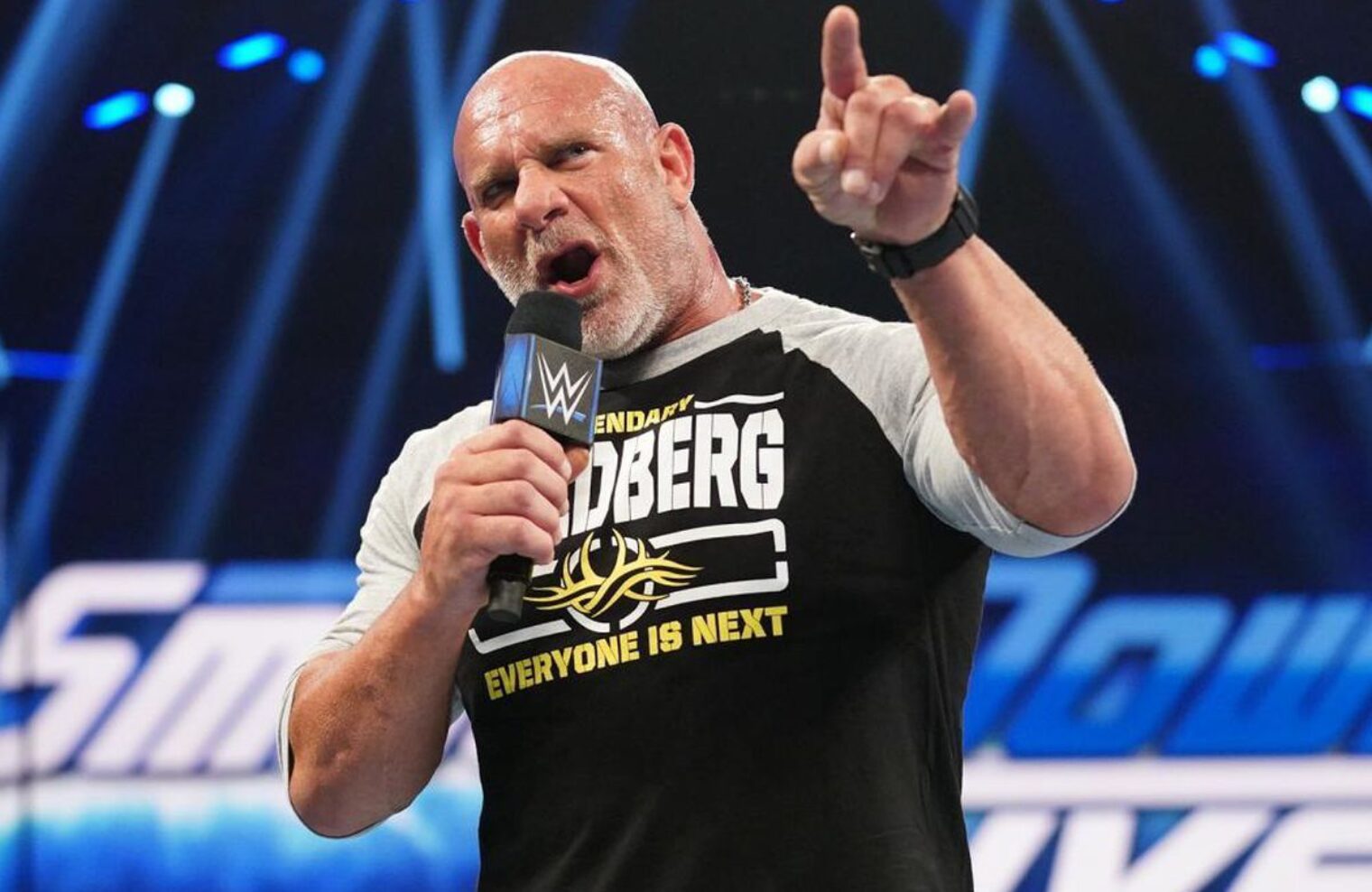 FOX requested “celebrities” and “star power” for the second SmackDown premiere and WWE did the best to place some big guests around their ThunderDome virtual seats or in physical capacity. The source was told that “FOX wanted all the legends live in ThunderDome.” So, WWE brought Goldberg and some other names, live via satellite.

Goldberg is still within a deal with the WWE assuring that he could be seen in competition whenever the company feels like inserting him into storylines. He still wishes to face Roman Reigns in the dream match, down the line. However, his presence at ThunderDome, this week wasn’t a tease for the match in concern as he’s not coming back during the pandemic, at least in 2020.

According to comments Goldberg made on the Pop Culture Show, he is under contract with WWE for 2 matches per year through 2023.

“I am contracted with WWE for the next two years through 2022/23. I’ve got two matches per year,” he mentioned on the show. “I’ve exhausted my limit this year quite early on April the 5th with WrestleMania under these really weird circumstances.”

Apart from Goldberg, Ringside News also informed that Becky Lynch was backstage this week on SmackDown, but she wasn’t shown on camera. She was accompanying fiancée Seth Rollins on the latter’s first night as the blue brand star. There’s no update on her return, but motherhood won’t be stopping her career. Meanwhile, WWE is pulling in revenues through her merchandise as they’re selling Holiday sweaters with “THE MOM” written on it.