AJ Styles has been on a roll ever since joining the SmackDown brand following Money In The Bank pay-per-view, a few months ago. Being one of the top stars of the roster, everyone’s waiting to see what WWE could be planning for him at SummerSlam. But there’s still no confirmed update on who he is going to face at the upcoming event.

According to PWInsider.com, the current plan for AJ Styles is to let him face Jeff Hardy at the SummerSlam pay-per-view. It was reported that a program between Hardy and Styles was the planned direction going into this past edition of SmackDown tapings at the WWE Performance Center. It appeared to be true as the duo did have a confrontation. 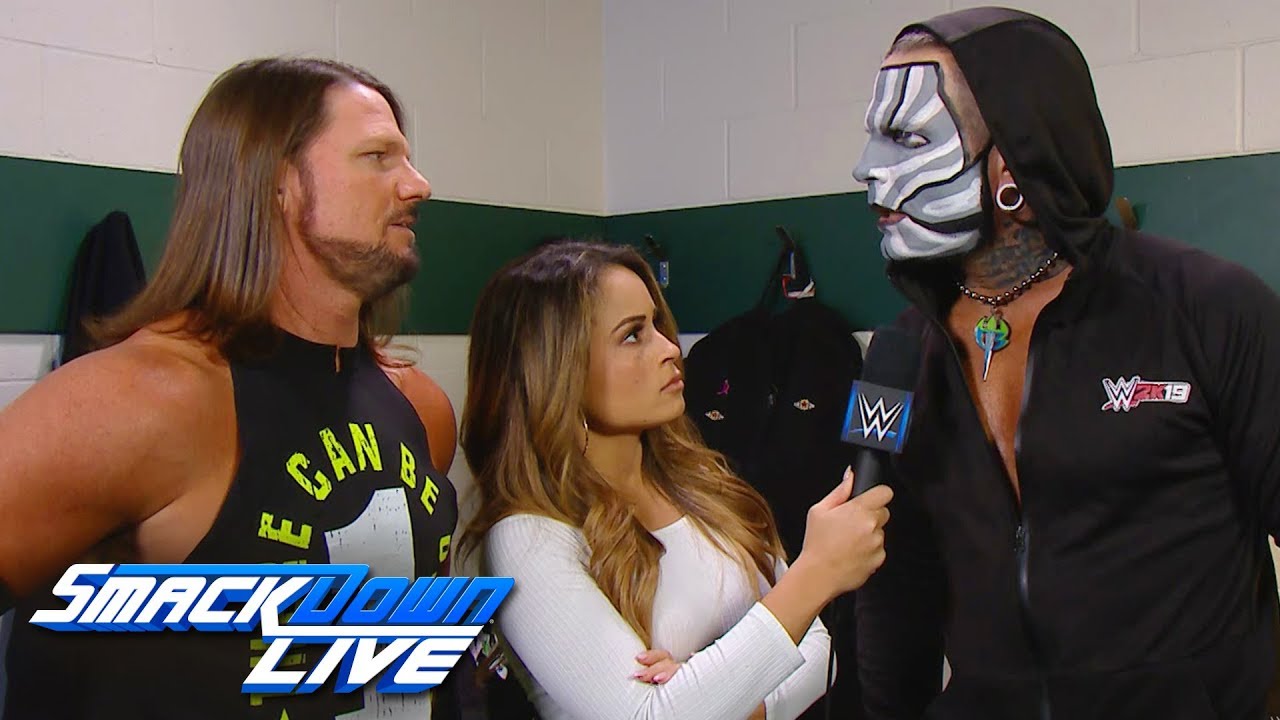 But, surprisingly WWE then booked AJ Styles vs Jeff Hardy for next week’s SmackDown that will be the go-home show for SummerSlam. Considering these two are pretty bigger names who can’t be dropped from a bigger caliber event, they’re still likely to lock horns on August 23rd, anyway.

That way, the belief is the match will either be pulled off or won’t produce any outcome that will help to book a rematch at SummerSlam PPV. AJ Styles and Jeff Hardy have never been involved in a feud in the WWE, prior to this. It’s fitting that they get a bigger stage like SummerSlam to steal the show while competing for the prestigious Intercontinental Championship. AJ Styles has spent five years in the WWE roster while establishing himself as the best in-ring performer of this generation. But WWE Chairman Vince McMahon wasn’t previously very confident about his abilities. He basically thought his big Royal Rumble debut was a fluke. But The Phenomenal One was successful in proving him wrong.

“The reaction that I got at the Royal Rumble 2016 was awesome, it was amazing, but Vince didn’t really believe that – [he thought] that it was a fluke, basically.” said AJ Styles while remembering his WWE debut in his weekly Twitch stream, “That’s what he thought it was. I wasn’t even going to be on RAW the next day, but they convinced him otherwise.”