WWE made a major change in the storyline on Raw involving Ric Flair, Charlotte Flair, and Lacey Evans during this week’s edition. Lacey declared last week that she’s pregnant and thus couldn’t compete in the scheduled Raw Women’s Title match at Elimination Chamber. She was originally supposed to make an appearance on TV, as per the reports.

But then the Lady of WWE was absent this week. Ric Flair admitted that Evans’ baby wasn’t his during a confrontation with Charlotte Flair. She then told her father to go home adding that she had much respect for him. She made a passionate argument about why Ric wasn’t needed, anymore. It appears The Nature Boy and her momentary love angle with Evans are done for. 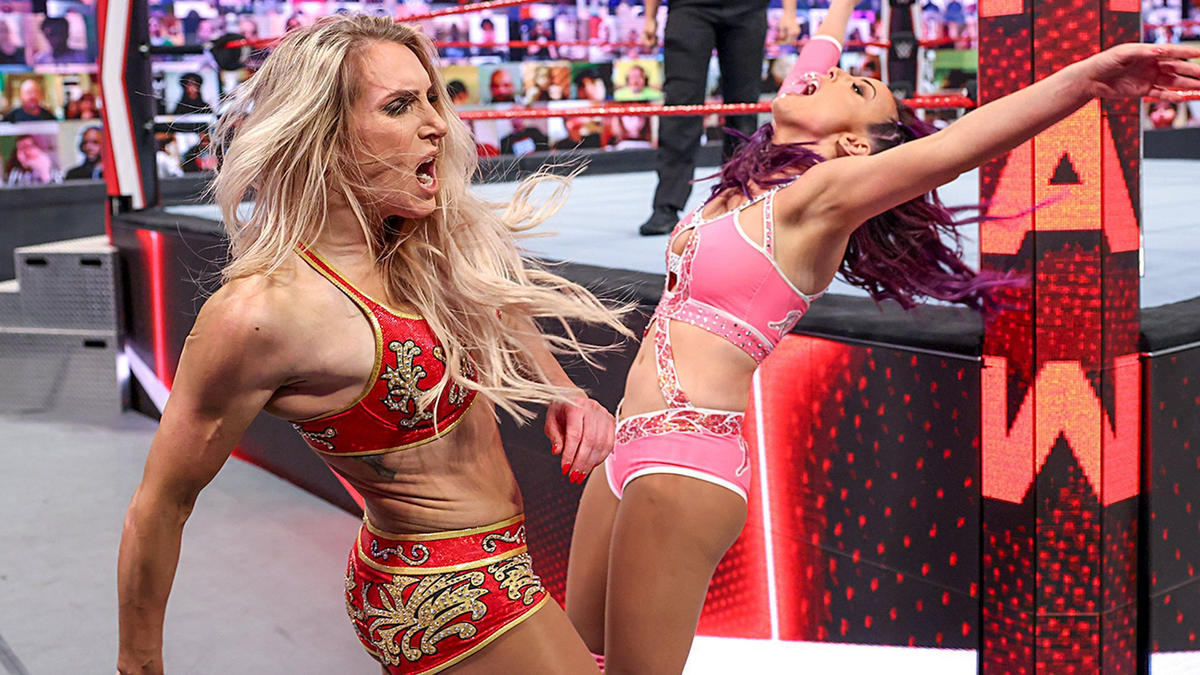 That being said, the question remains what Charlotte Flair would be up for, next. It appears the answer is simple as she would be moving into the title picture. During Wrestling Observer Radio, it was noted that the storyline direction right now would move towards Charlotte Flair vs Asuka. It’s not hard to predict that the Raw Women’s Championship will hang in the balance.

An animosity was shown between Charlotte Flair and Asuka on Raw. They lost a non-title match against the Women’s Tag Team Champions Nia Jax and Shayna Baszler after Flair delivered a big boot to her own partner Asuka and caused the pinfall loss. Asuka also lost a tooth thanks to Shayna Baszler which couldn’t have helped matters.

Asuka and Charlotte Flair started teaming up together since the latter’s return at TLC 2020 pay-per-view view event. On the very first night of their partnership, they ended up picking up the Women’s Tag belts from Jax and Baszler. But then they lost the gold at Royal Rumble 2021, last month. That was the first time that a crack was noticed in their partnership.

Lacey Evans is really pregnant and unable to compete which hurriedly ended her ongoing angle with Charlotte Flair without any conclusion. WWE originally planned to keep this thing going around, but the creative process had to be changed since last week that isn’t a new case, either. Now Charlotte Flair could become a legit threat for Asuka’s whole gunning for the RAW Women’s Title.