The tradition of putting an end to interesting storylines on WWE Raw without any proper culmination continues. After what transpired on this week’s show, it appears that WWE has put an end to the storyline involving Ric Flair, Lacey Evans, and Charlotte Flair. Evans and Flair may stop making appearances on the show, moving forward.

During an intense backstage confrontation on WWE Raw, Charlotte once again advised her father to “go home” and no longer steal the spotlight from her. This happened after Charlotte and Asuka lost a non-title tag team match on Raw against the champions, Nia Jax and Shayna Baszler. 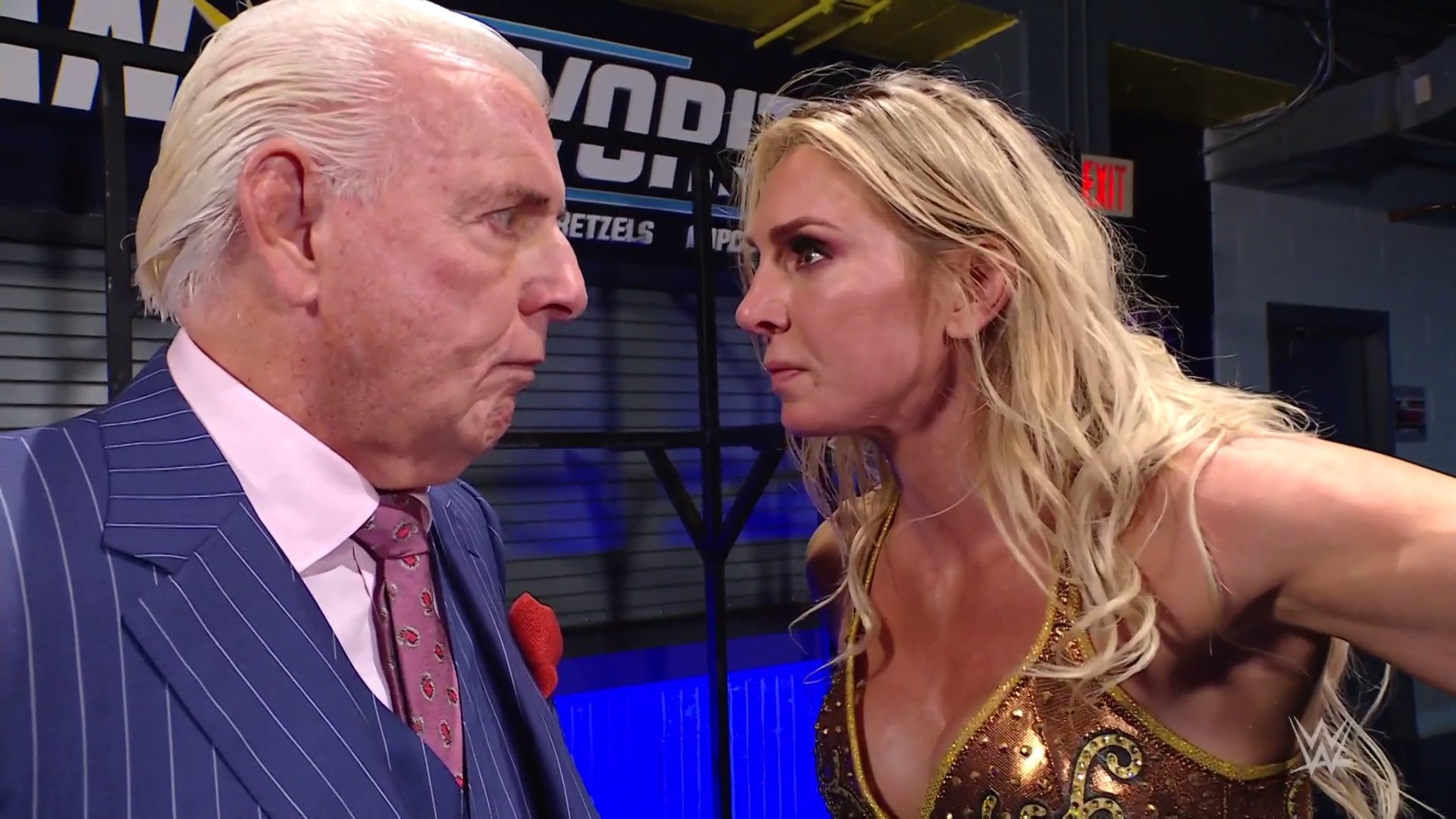 During the conversation, Ric Flair confirmed that he is not the one who impregnated Evans but he was just trying to expand the brand by mentoring Evans, who he put over as a great talent.

"When I'm in the ring, I'm not trying to be Ric Flair's daughter… I'm trying to be CHARLOTTE FLAIR!" – @MsCharlotteWWE#WWERaw pic.twitter.com/tvgStZhD7h

Lacey Evans announced last week on WWE Raw that she’s pregnant, apparently in the storyline where Flair could be the father of her unborn child. Wrestling Inc. reported last week that Evans is legitimately pregnant with her second child with her husband. She was therefore pulled from her RAW Women’s Championship match against Asuka at this past Sunday’s Elimination Chamber pay-per-view.

After this Flair father-daughter conversation, it is evident that both Evans and Ric Flair have possibly been written off TV. From now onward, it seems like Charlotte will begin a feud with WWE Raw Women’s Champion Asuka, her tag team partner. WWE teased some tension between the two of them after they lost to Shayna Baszler and Nia Jax.

In another interesting set of events from WWE Raw, Randy Orton coughed up some black liquid while he was cutting a promo on “The Fiend” Bray Wyatt and Alexa Bliss. Orton mentioned how he was unable to focus on his pursuit for the WWE Championship as he was distracted by Bliss on a number of occasions. Not to mention, Bliss has also cost him the rubber match against Edge, the night after Royal Rumble 2021.

During the promo, Orton started to have trouble with his throat before he threw up some black liquid. Orton struggled to be on his feet as the segment ended. Bliss used her Twitter handle to react to the segment.

By writing, “You ok Randy…?” This is the same ooze that we saw dropping Bliss’ mouth, a few weeks ago. At present, the rumor is that The Fiend will return to set up a match against Orton at Wrestlemania 37.