The Intercontinental Title is considered to be one of the most prestigious belts to have ever existed in the professional wrestling business. The title held by over a dozen of Hall of Famers has a rich history. At present, the belt is being held by Apollo Crews on Smackdown who had an illustrious feud with Big E over the past few months. Now it’s time for him to move into a new program.

Apollo Crews retained the Intercontinental Title on the SmackDown May 21 episode in a hard-fought fatal four-way match also featuring Sami Zayn, Kevin Owens, and Big E. The finish came when Aleister Black showed up to help him get that win by taking out Big E with his pendant move Black Mass. This move will also lead the respective superstars to their next program erasing the question of what could be stored next for Apollo Crews.

Dave Meltzer addressed this situation from Smackdown on Wrestling Observer Radio. It appears that Kevin Owens is in line to chase the Intercontinental Title for a bit after this recent development.

Kevin Owens could be the next challenger for Intercontinental Title

He’s been feuding with Sami Zayn since Wrestlemania but it’s time for the unnecessary stretch to stop. The source revealed that while E will move into a new feud with Black, Owens will be heading into the mid-card title picture,

“They give Aleister Black a program with Big E. Big E is out of the Intercontinental thing. I don’t know… so, it could be Kevin Owens [for the IC Title], just go harder with him because Sami is a heel, so Kevin Owens is probably the likely guy [against Apollo Crews].” 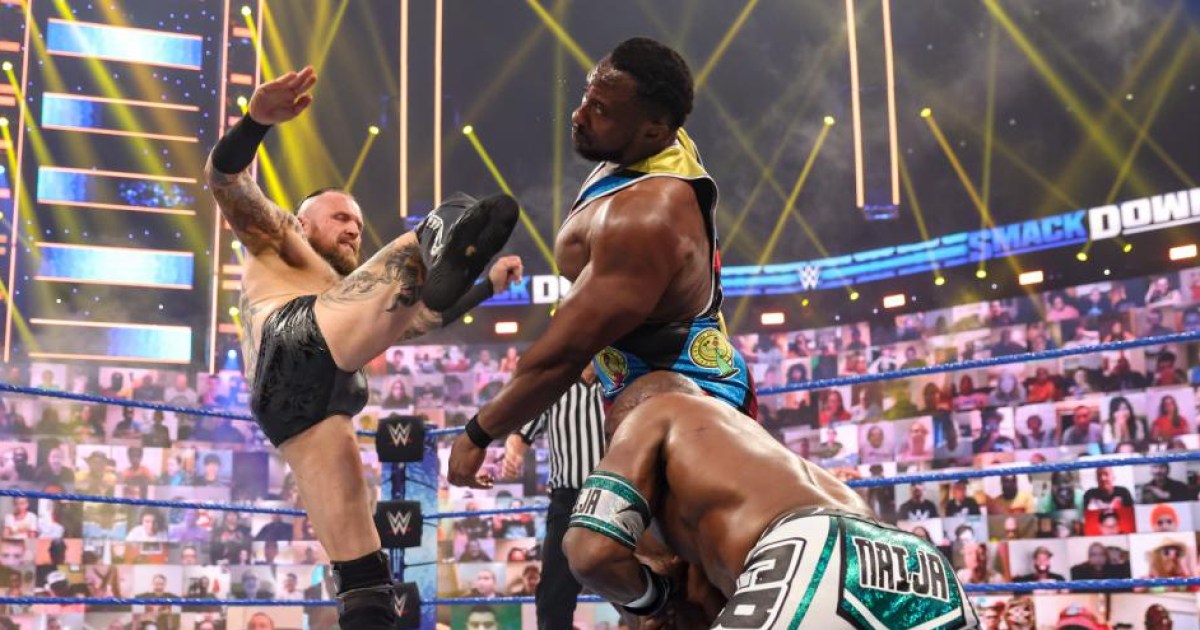 It should be noted that the situation between E and Black is more than interesting. E is a protected name on TV while Black has just returned from a long hiatus who needs to win the feud by any means. Big E is now preoccupied with a returning Aleister Black. WWE has positioned them against each other where no man can afford to lose. We’ll have to wait and see whether the situation will eventually lead us to.

In the meantime, Kevin Owens is the likely next challenger for the Intercontinental Title on Smackdown, it appears. There’s no update on whether the Prizefighter will win back the gold.