Roman Reigns went through his latest successful WWE Universal Championship title defense against Rey Mysterio on last night’s episode of SmackDown. The match was originally scheduled to take place at Hell in a Cell PPV in Tampa, Florida at Yuengling Center which was abruptly preponed to this week’s Smackdown on FOX.

With this win, the top WWE Superstar has not only continued his winning streak that is ongoing since late 2019 but also improved his record at Hell in a Cell matches. Statistics show that Roman Reigns has never lost in this type of gimmick match. He’s also the only superstar to have competed in this hellacious structure on multiple occasions who was never pinned or submitted. 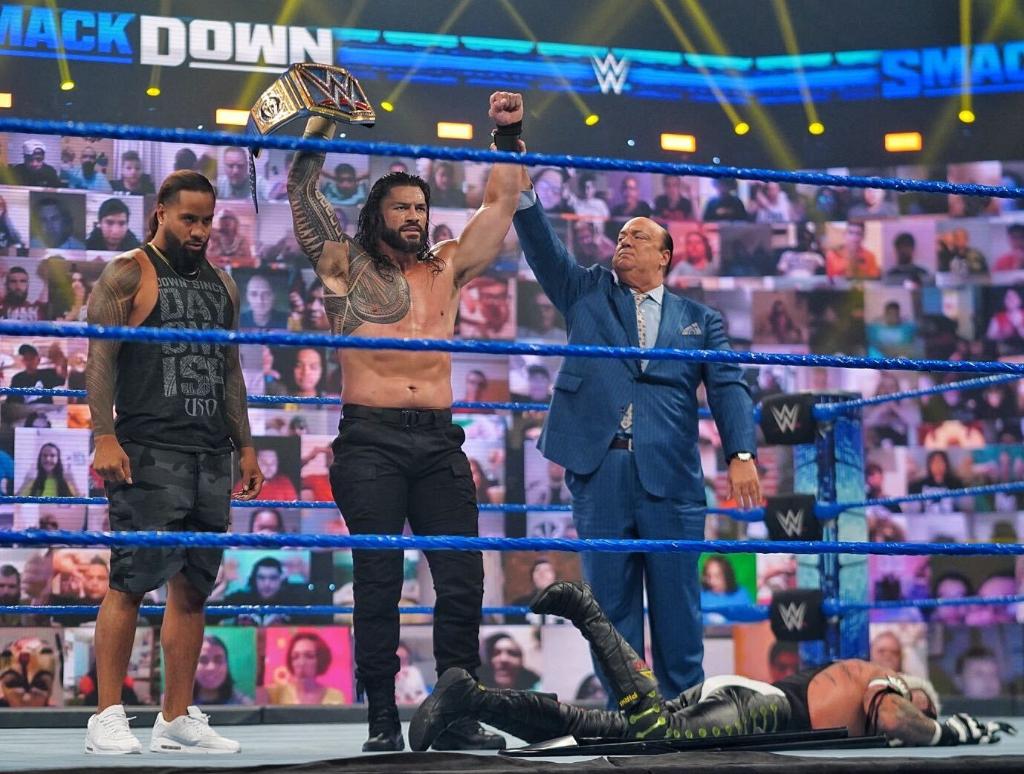 Overall, Roman Reigns’ win-loss record at Hell in a Cell matches stands 4-0 after this week’s Smackdown. The list of HIAC matches alongside outcomes, he competed in goes as follows:

The latest Hell in a Cell match was historic by all means as it was the first-ever Cell match to have taken place on a weekly episode of WWE TV instead of a WWE pay-per-view event. Roman Reigns presumably dominated the bout on his way to another title match win.

Mysterio used his quickness and various weapons as he operated a fire extinguisher and then put a chair on his opponent’s neck to toss him into the cell. A 619 later, Mysterio connected with two top-rope Frogsplashes but missed the third one.

Roman Reigns caught him with a powerbomb into the steel Cell wall, off the ring as Mysterio landed hard. Afterward, Reigns applied the Guillotine Chokehold submission to pick up the submission win. Following the match, Jimmy Uso arrived at the ring and raised his hands as he seems to be back on the same page with the Tribal Chief. Jey was kept off Smackdown, this week after he walked out of both Reigns and Uso in a backstage segment.

WWE Hell In A Cell 2021 Updated Full Card After Smackdown