Roman Reigns has made WWE his own island since after winning the Universal Championship where everyone else has been fighting to become relevant. The trend continues even on his rare appearance on Raw, this week as he picked up two back-to-back wins. Afterward, he mentioned WWE Universe to be his Universe for all the rightful reasons. 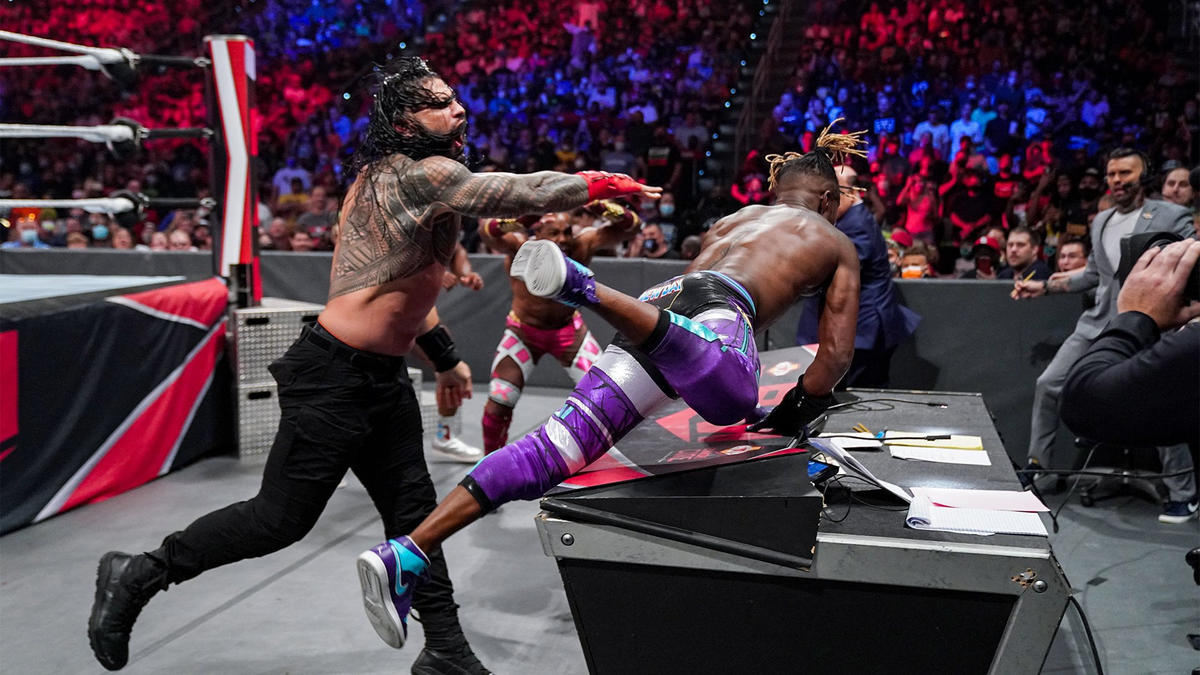 After the match, Bobby Lashley attacked everyone who then laid out Roman Reigns and Big E with a Spear. Then in a backstage segment with Adam Pearce and Sonya Deville, Lashley said he’s hurt, but can still defeat WWE and Universal Champion, any day of the week. E also met Pearce and Deville later to demand a match against the two. Pearce and Deville then announced Reigns vs. Lashley vs. Big E for the main event in a Triple Threat.

Roman Reigns then defeated Lashley and WWE Champion Big E in a Triple Threat Match. During the closing segment, Lashley destroyed Big E with several chair shots, taking advantage of the No-DQ rules. As The New Day member was taken out of the equation, Reigns capitalized on the situation, delivering a Spear to Lashley for the pinfall win.

Once WWE Raw went off the air, Roman Reigns tweeted a picture of himself and his Special Counsel Paul Heyman from the backstage area as he wrote,

This was the first Raw appearance for Roman Reigns on the red brand since 2019. At present, he is inching closer to have a 400-plus days’ reign with the Universal Title since winning the belt at Summerslam 2020 in a triple threat match featuring Braun Strowman and The Fiend Bray Wyatt.

Roman Reigns is also scheduled to defend his Universal Title against The Demon Finn Balor at Extreme Rules 2021. As per the announcement from Raw, this match will be an Extreme Rules match.