Roman Reigns To Lead A Powerful Stable In The WWE

Roman Reigns is back at the top of the mountain in the WWE which is a very good thing for the WWE. His presence on TV assures ratings and viewerships when it comes to SmackDown. He’s the new Tribal Chief of the WWE Universe who’s likely to have his own band on the blue brand, pretty soon. There’ve been some rumors of a new stable that could debut on Friday Nights.

The Samoan Dynasty could officially be launched in WWE under the leadership of WWE. At this point, Roman Reigns and Jey Uso are set to battle in a Hell In A Cell match on October 25th which was officially announced by the WWE. But chances are high that WWE could add another stipulation to that match. It is being promoted that the stakes for this match will be higher than ever.

Roman Reigns To Lead A Powerful Stable In The WWE 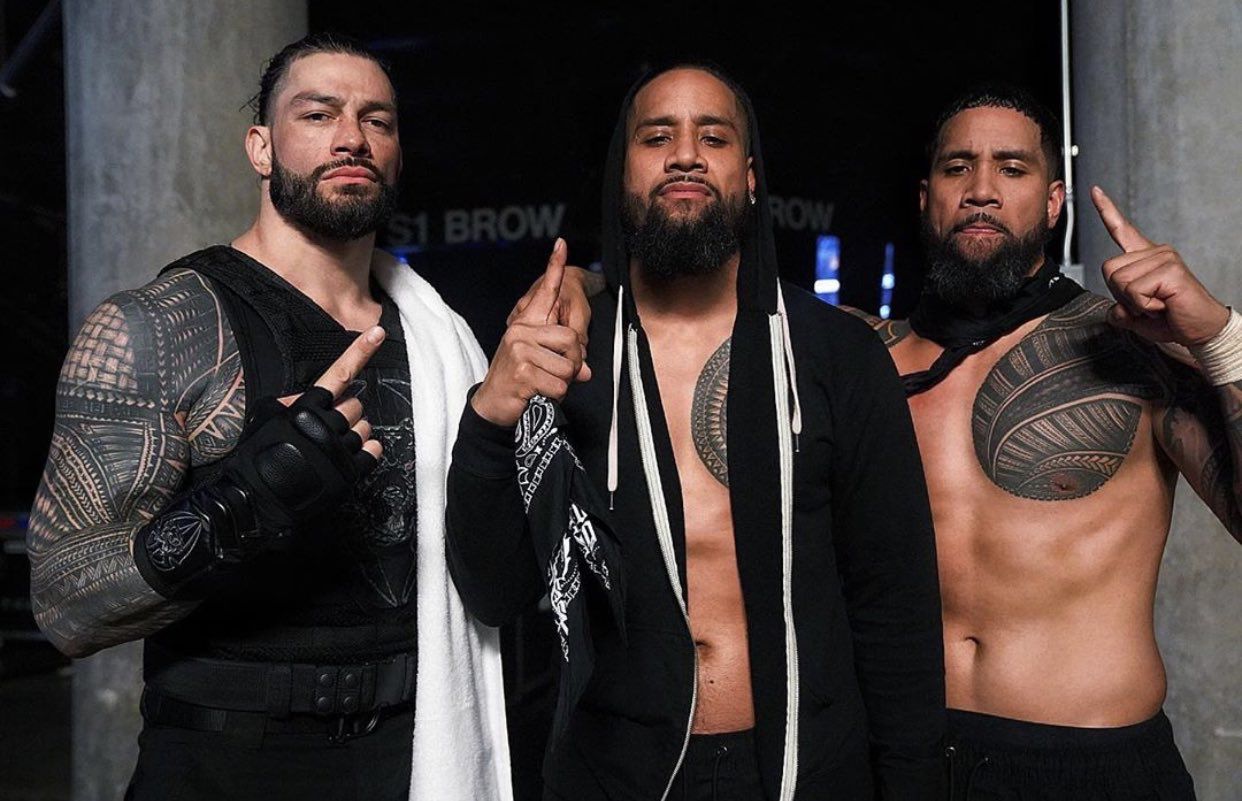 According to the reports of Wrestling News, WWE has been considering to create a new group that will exclusively serve to Roman Reigns, only. This would consist of Jimmy and Jey Uso and perhaps some more Samoan family members. This may be done to solidify the legacy of the new Tribal Chief.

As of now, Jimmy is currently out of action with a knee injury and updates suggest that he’s not coming back for several months. Creative pitches have been made about Roman Reigns leading a stable with Jey and Jimmy (when he’s healthy) and others. There’s still time before the faction debut and the Hell In a Cell match stipulation might have to do something to this group.

Roman Reigns Says He Could Wrestle In WWE With Leukemia

It was noted how the upcoming Hell In A Cell match will be “another chapter” in the story for Roman Reigns and his cousins continuing the angle we have seen at Clash Of Champions. We can only expect to have a massive pay-off in form of a formidable new stable in the WWE.

During Talking Smack, Jey Uso was asked about his opinion of Jimmy throwing in the towel for him at the bygone PPV. Jey seems ready to take on Roman Reigns in the rematch while he mentioned handling business with Jimmy, later.

“Kayla, we’re gonna handle that at a different time. Everyone saw what happened on Clash Of Champions on Sunday. He’s gonna say that I disrespected the family, he disrespected me, he embarrassed me. So he done hit a switch, he hit a nerve, Uce. Uce, you hit a real nerve. All this right here, yeah we know what it is, but you, Joe, you hit a real nerve, Uce and I’m gonna see you at Hell In A Cell.”