Ronda Rousey hasn’t been spotted on WWE TV since her WrestleMania 35 loss in the first-ever Women’s main event match at that grandest stage. It basically started an impregnation vacation for her but she is yet to become a mother. With the ongoing coronavirus pandemic going on, less chances are there that she’d be back inside the squared circle.

However, teases are constantly there for an inevitable return. Ronda Rousey was recently training in a wrestling ring whereas a new tweet has surfaced where she’s admitted to looking forward to a rematch with one of her biggest challenges that she had in a wrestling ring. 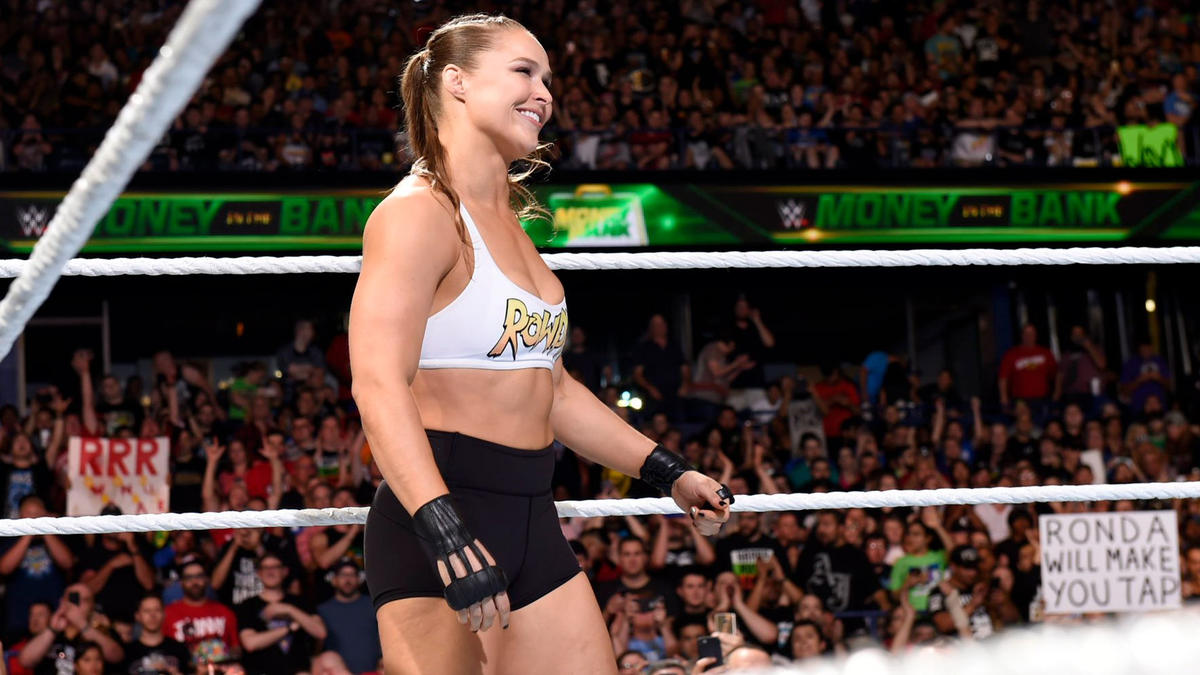 Rousey responded to an official tweet posted from WWE’s Twitter account. A match-video was uploaded where they remembered the only match between Rousey and her then-training partner Natalya in 2018 on Monday Night RAW. The Rowdy One commented on that post saying she loved that match, and can’t wait to do it again.

One of my fav matches – such a huge challenge in so many ways, what a crazy day 🥋❤️ looking forward to a rematch someday @NatbyNature! https://t.co/CVNWBU0n8m

“One of my fav matches – such a huge challenge in so many ways, what a crazy day…looking forward to a rematch someday”

Another match between Ronda Rousey and Natalya seems to be a good idea for a lot of fans. Also, the return of the former UFC Bantamweight Champion could be huge attention on WWE TV, to say the least. But it’s just not clear at this point when that could happen. Since after WrestleMania 35, she’s busy enjoying some family time and perhaps isn’t intending to go out of it, anytime soon.

As mentioned above, Ronda Rousey has been spotted training with Ariel Teal Toombs, aka Teal Piper, the daughter of WWE Hall of Famer “Rowdy” Roddy Piper. Ariel was the one to post several pictures on her Instagram account from that session. She noted for being out of action for six months since undergoing an ACL/meniscus reconstruction. But that fuelled up in-ring return rumors for the Baddest Woman on the Planet.

During her conversation with Steve-O on his Wild Ride podcast, Ronda Rousey was seen portraying her heel character saying that loves to perform, but she won’t leave her family for some “f*cking ungrateful fans,”

“What am I doing it for if I’m not being able to spend my time and energy on my family but instead spending my time and my energy on a bunch of f*cking ungrateful fans that don’t even appreciate me?”

“I love performing. I love the girls. I love being out there, but, at the end of the day, I was just like, ‘F*ck these fans, dude. My family loves me and they appreciate me and I want all my energy to go into them. So, that was my decision at the end of the day. It’s like, ‘Hey girls. Love what you’re doing. I’m gonna try and take all my momentum and push you guys as far as I can. Fly little birds, fly! I’m going f*cking home!’ And that was basically it.”