Ronda Rousey is best known for her rowdy persona which is the reason the same shtick is attached to her WWE character. But for the time being, she has to contend a bit since she is with a child inside her. As announced last month, she announced the pregnancy with husband Travis Browne as the “baddest baby on the planet” is due around September 22.

In a released video on Ronda Rousey YouTube channel, it was revealed that at the January doctor’s appointment, she found out that they were expecting. She teased that there is “definitely much more to the story” that they will be telling later. As a follow-up, she shared some of the photos of her grew-up belly while posing inside the Browsey Acres in California. 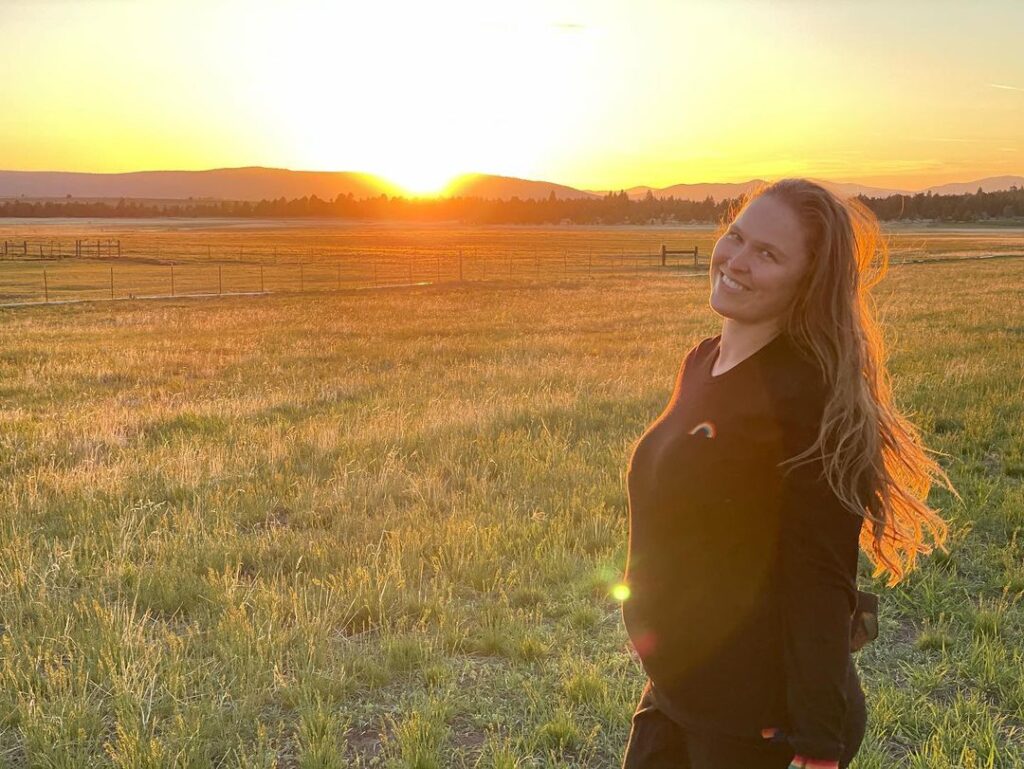 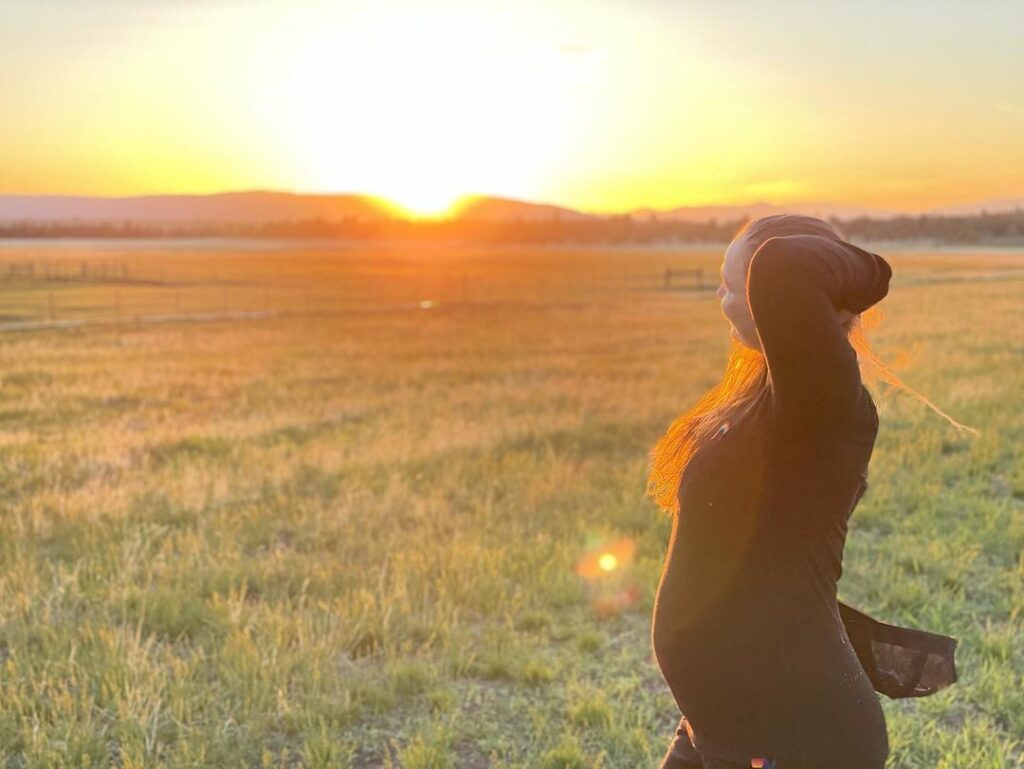 Ronda Rousey wanted this version of herself to be exclusive for her husband, only, “I save that look only for @travisbrownemma [filled with love emoji] #BrowseyAcresOregon #21weeks.”

In an appearance on Colin Cowherd’s podcast in April, WWE President and Chief Revenue Officer Nick Khan stated that both Ronda Rousey and former rival Becky Lynch would be returning to WWE shortly. Lynch has been rumored to be making an appearance at WrestleMania 37 which wasn’t the case. Due to pregnancy, Rousey is also not coming back on WWE TV, anytime soon.

As reported earlier, the original WWE contract of Ronda Rousey has also been expired, last month. The first American woman to clinch a medal in Judo at the Olympics, Rousey earned fame in the world of MMA, first in Strikeforce and then in UFC. A former UFC Women’s Bantamweight Champion, she is credited to establish UFC business and inspire women to enter the MMA business. 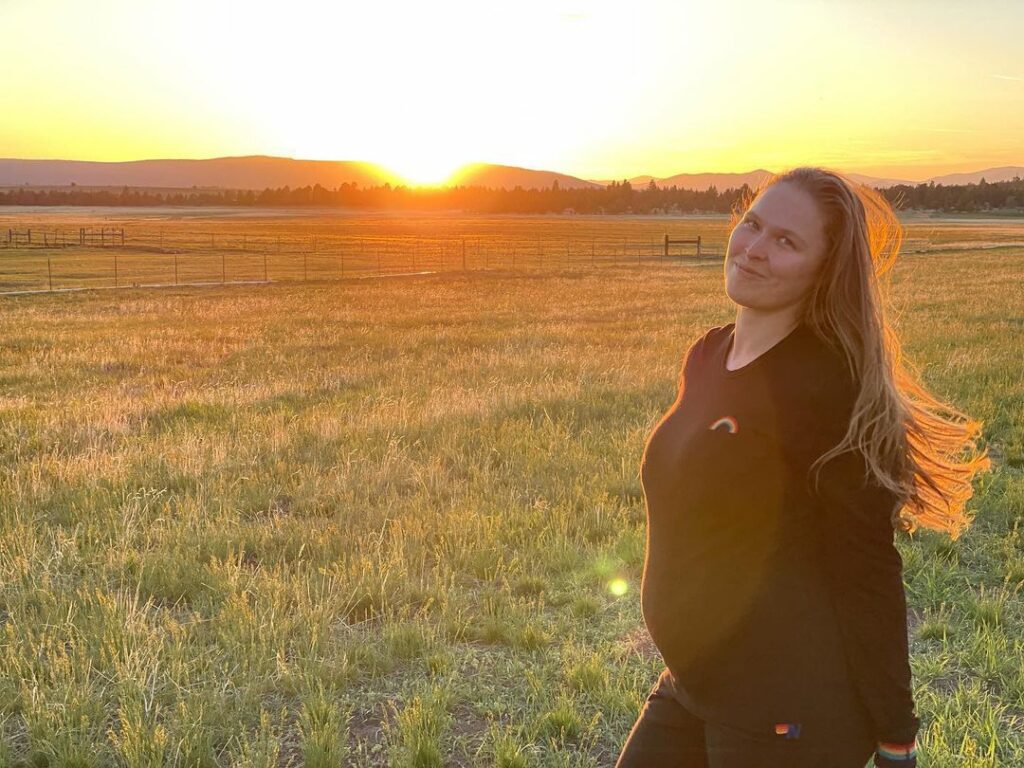 After retiring from UFC in 2017, the Hall of Famer in MMA joined WWE starting from the 2018 Royal Rumble. She won the WWE RAW Women’s Championship from Alexa Bliss at Summerslam 2018 who went on to hold the belt till WrestleMania 35. Becky Lynch pinned her in a winner take all triple threat match also involving Charlotte Flair to dethrone her from that reign.

Since that loss, Ronda Rousey hasn’t been spotted in WWE programming. She wanted to take a time off to try and start a family with her husband Travis Browne. As noted in interviews even if she comes back in the future, she won’t be performing on a regular basis.