Evolution: Rumor Killer On WWE Bringing Back The All-Women PPV

Going by the recent reports, WWE Universe has been pretty excited to get back the Evolution PPV event in the month of August. Rumors have been pretty rife that the all-women event that made history back in 2018 could be brought back to the WWE calendar. Even a huge debut of former Impact World Champion Tessa Blanchard was also rumored.

WWE has a big event planned for August 23rd in the form of SummerSlam which they always wanted to host in Boston, but that isn’t on the cards, right now. They are now being forced to hold the biggest party of the summer in a much smaller venue that is the Performance Center. Apparently, the plan was to hold another event the very next week of SummerSlam that reportedly was Evolution II.

But that apparently won’t be the case, as suggested by ringsidenews.com. The source has learned that August 30th won’t mark the return of Evolution in WWE. The company is indeed planning a special event for August 30th, but it won’t be an exclusive event dedicated to the female athletes of the WWE who made history, two years ago via the same show.

WWE isn’t thinking about bringing back Evolution, right now as they’ve been going with a short-term policy, as of late. They’ve been focused on delivering a solid experience through the Horror Show at Extreme Rules in July after which SummerSlam will be the only show they’d be zeroing in. The company isn’t bothered about WrestleMania 37, right now and the recently surfaced plans went “out the window.”

It seems WWE creative team is solely focused on booking the SummerSlam card and whatever they’re going to hold on August 30th. But it certainly won’t mark the return of Evolution. At this point, nothing is locked down in the wake of coronavirus pandemic. However, fans can still be hopeful about seeing the female-exclusive show at some point. 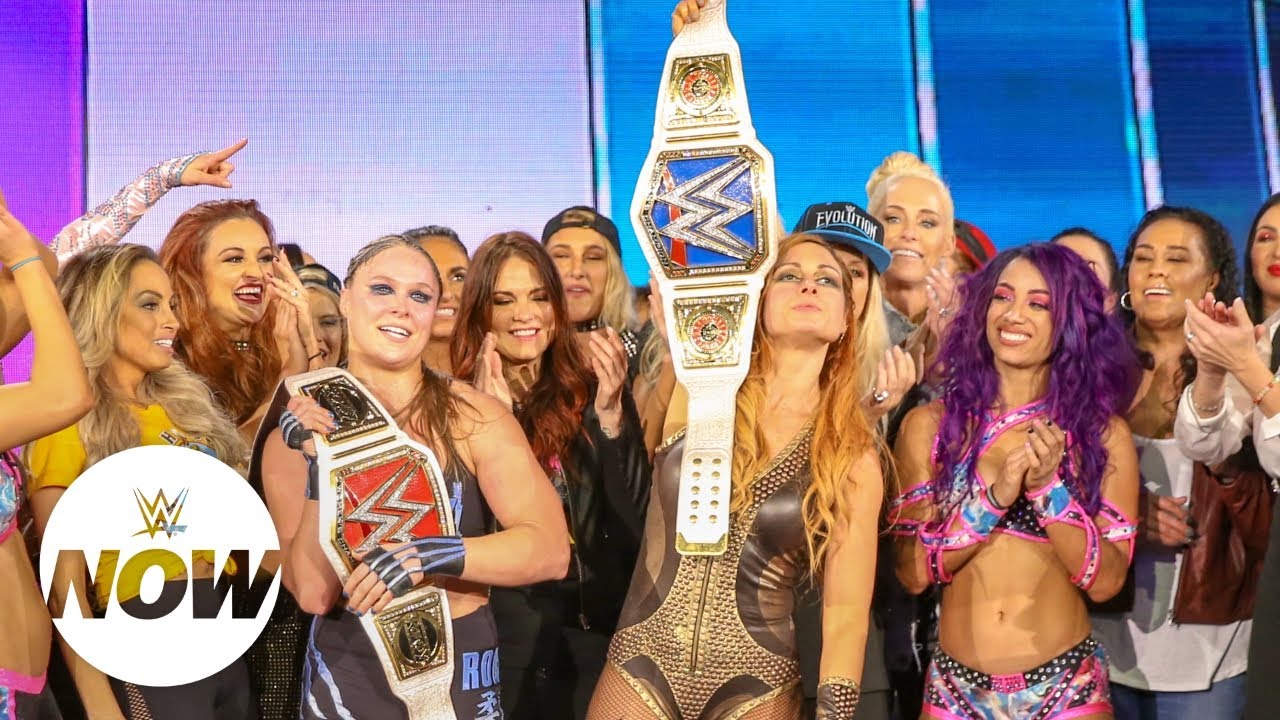 Speaking with TalkSPORT, Stephanie McMahon previously hinted that Evolution II is definitely in WWE’s pipeline as they value their female talents.

“It is certainly something that we are pushing for. There’s no official announcement just yet and yes, there was a balls in the air and wheels in motion in terms of this year and, of course, one of the big focuses was on our event in Saudi Arabia and having our women being allowed to perform. I’m hopeful to have an announcement on an Evolution 2, but there is nothing official to announce just yet,” said Stephanie.