WWE TLC is going to be the final pay-per-view event of 2020 that goes down on December 20th, possibly from the Tropicana Field where WWE is placing the new ThunderDome setup. Initial builds for the event is currently going on with only one match officially announced for the event on this past episode of Monday Night Raw for the WWE Championship.

A lot of things could go down before WWE TLC takes place while rumors suggest that a few matches are already locked into place. WWE put Lana through a lot of punishment over the past few months as a way to convert into a super babyface persona. Now Lana might expect to get rewards for getting put through the announce table every week.

The Ravishing Russian is teaming up with Asuka, for now on Raw and it could result in a Tag Team Title win for them. During Wrestling Observer Radio, Dave Meltzer stated that the Women’s Tag Team Title match is set for WWE TLC 2020. It will be a gimmick match that will likely have a Tables Match stipulation attached to it.

“The idea is that the tag team title match will be on the pay-per-view, probably a tables match.” (Transcription by Ringside News)

As mentioned by Ringside News, the Women’s Tag Team Title match is one of those finalized matches for the WWE TLC 2020 card. It does make sense via the storyline angle in why this bout should be a Tables Match. Lana was put through tables for nine occasions by Nia Jax and the time for retribution is here. If she can do so at the PPV then she could also snatch those golds from the heel champions, too. 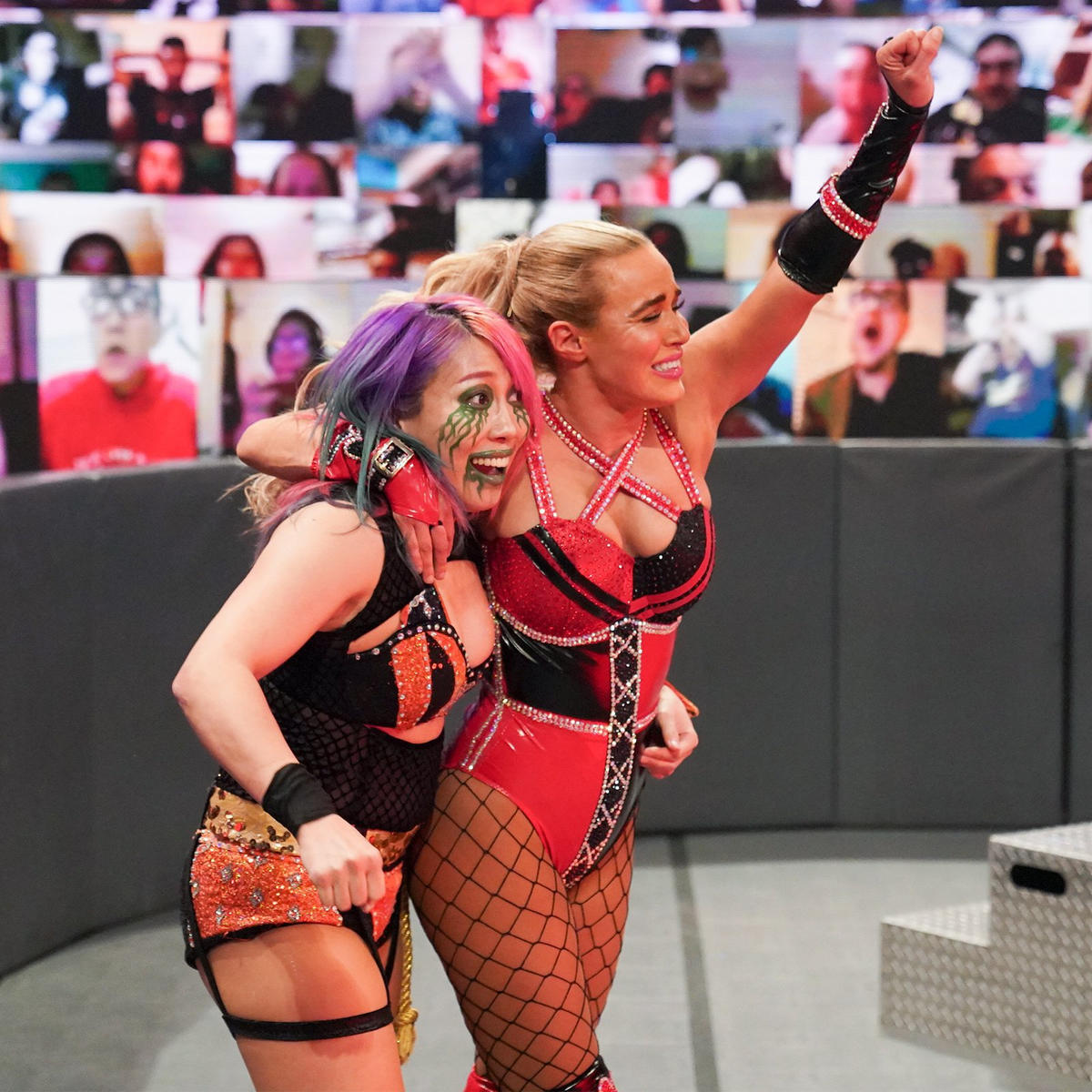 WWE TLC 2020 is set for December 20th and the official full card for the event isn’t likely to be available until we get closer to the event. They still have plenty of time to get things locked down, though and sources recently reported that currently four matches are confirmed and Vince McMahon approved all of them.

WWE TLC is an annual event with plenty of gimmick matches on the card which is the reason people like it. Tables, ladders, and chairs matches are regular features of the show while the signature TLC match is a staple of it. For this year, no such gimmick matches are confirmed, as of now except for the Women’s Tag Titles Match. We expect to get more updates on the situation on this week’s SmackDown.