The tease of a potential confrontation between The Fiend Bray Wyatt and RETRIBUTION was there due to their jabs on Twitter, prior to this week’s Monday Night RAW. The two hot commodities in today’s professional wrestling indeed came together for a segment on the show to draw attention from the fans.

WWE kicked off the season premiere of Raw with a brand new intro video after which the camera cut to Alexa Bliss who was standing alone in the ring bathed in a creepy red light. She told everyone to “let him in,” to invite The Fiend Bray Wyatt into the ThunderDome. The arena was bathing into full red light while the eerie figure was making his way to the ring.

Retribution soon came out to new music to interrupt the session shares between The Fiend Bray Wyatt and Alexa Bliss. Slapjack, T-Bar, Mace, Reckoning, and Mustafa Ali got into the ring and surrounded the two who stood motionless. Then Ali closed his fist to indicate something when the lights went out. When they came back, Bliss and Wyatt were gone from the ring. 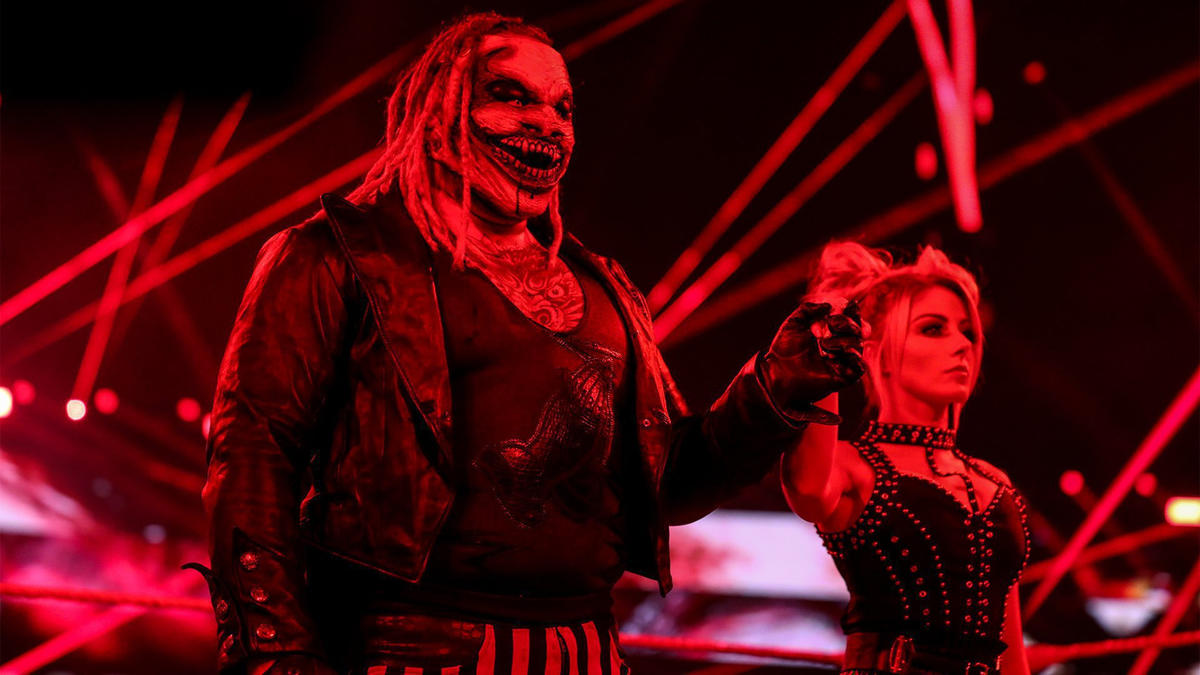 The demonic figure was standing beside Ali when the red lights flashed. He knocked Ali to the floor, then attacked the other Retribution members. Slapjack took a Sister Abigail on the floor whole Mace got slammed on top of the announce table with an Uranage. The Fiend Bray Wyatt chased Ali into the ring for a Sister Abigail. T-BAR attacked but he ended up digesting a Sister Abigail, as well. The Hurt Business has been watching this from the ramp.

After getting destroyed by The Fiend Bray Wyatt, Retribution later appeared in a backstage segment where their leader Ali revealed that he was the one behind the SmackDown mystery hacker angle from earlier in the summer, which was suddenly canceled. Ali was always rumored to be the man behind this gimmick and it was a no-brainer disclosure.