Torrie Wilson is someone who WWE Universe considers to be an ageless beauty. Even beyond her 45, she can give competition to the new-age female superstars of WWE who heats up social media with random posts. The Hall of Famer is doing such antics as she herself throws up bikini or lingerie photos on Instagram to brighten up her fans’ timeline. She did it again with an extremely revealing photo, this past weekend.

Torrie Wilson dropped an exposing photo of herself on Insta in which she was draped in nothing but a towel. It seemed that she was coming out of the swimming pool after a dip in this summery heat. Then she realized that everybody has to strip down, at the end of the day. 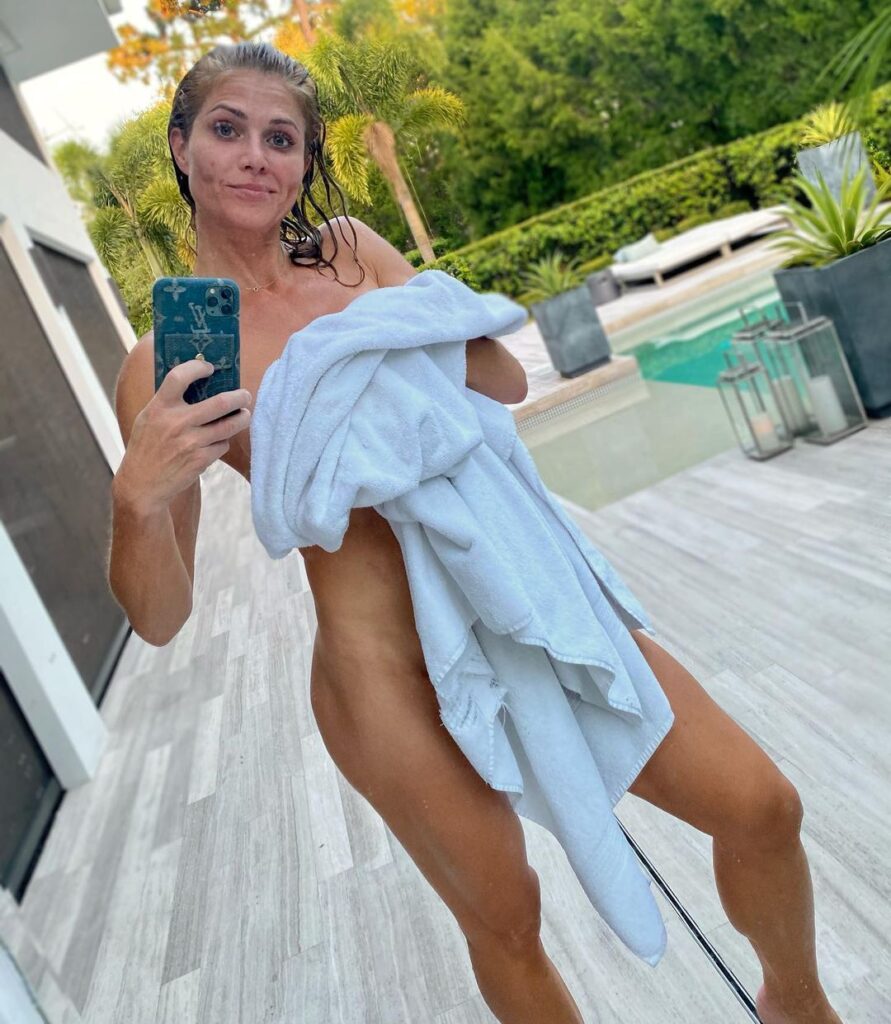 Torrie Wilson believes everyone has to strip down

So the fitting caption to the photo went as followed,

At the end of the day we ALL gotta strip down and look into that damn mirror. Once we get past all of the fleeting exterior fluff…well sometimes taking a look at what’s staring back is a different kind of hell. Sometimes it looks like peace.

Nobody knows what you see in the mirror better than you. And nobody can change WHAT you see but you.

How you treat others may not echo back to you immediately, but eventually it circles back. 💫 Have Faith & spread the good stuff and know that full circle adheres to all of us. [red heart emoji]” 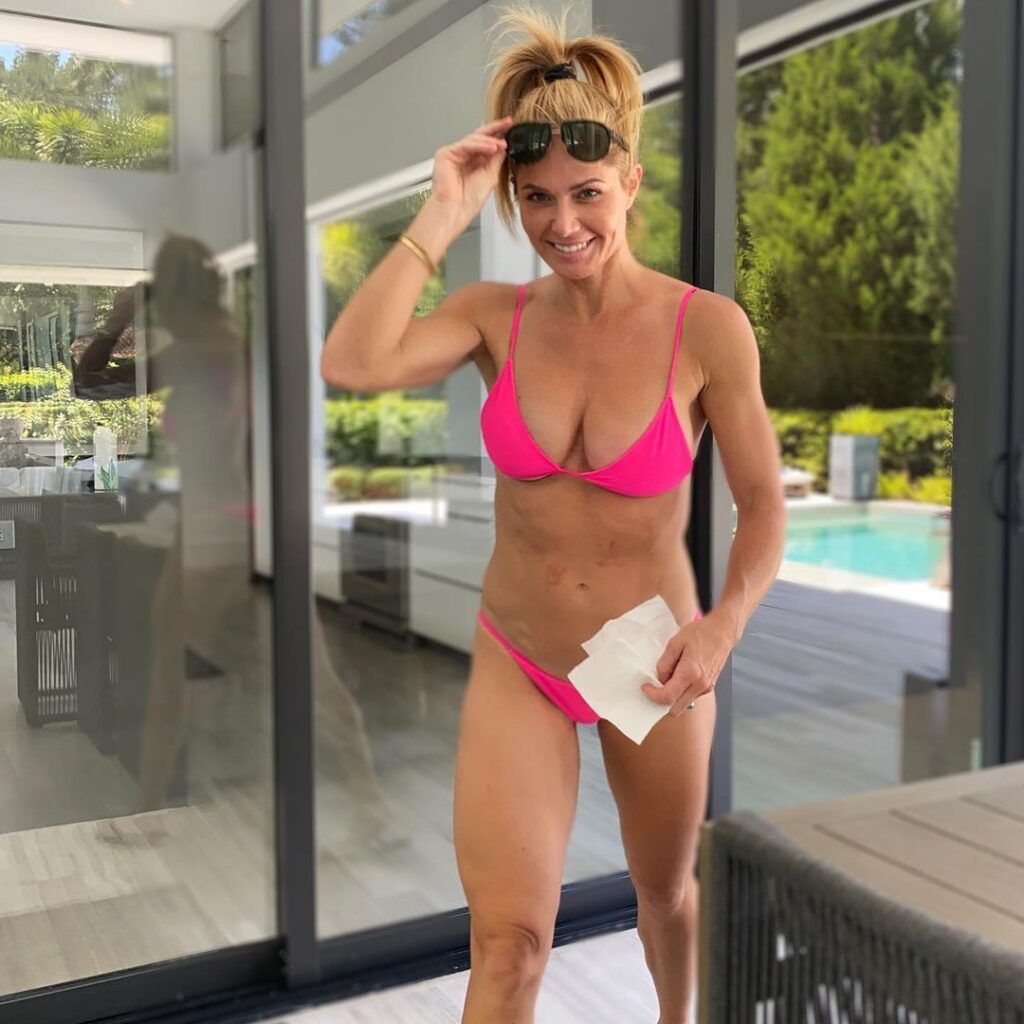 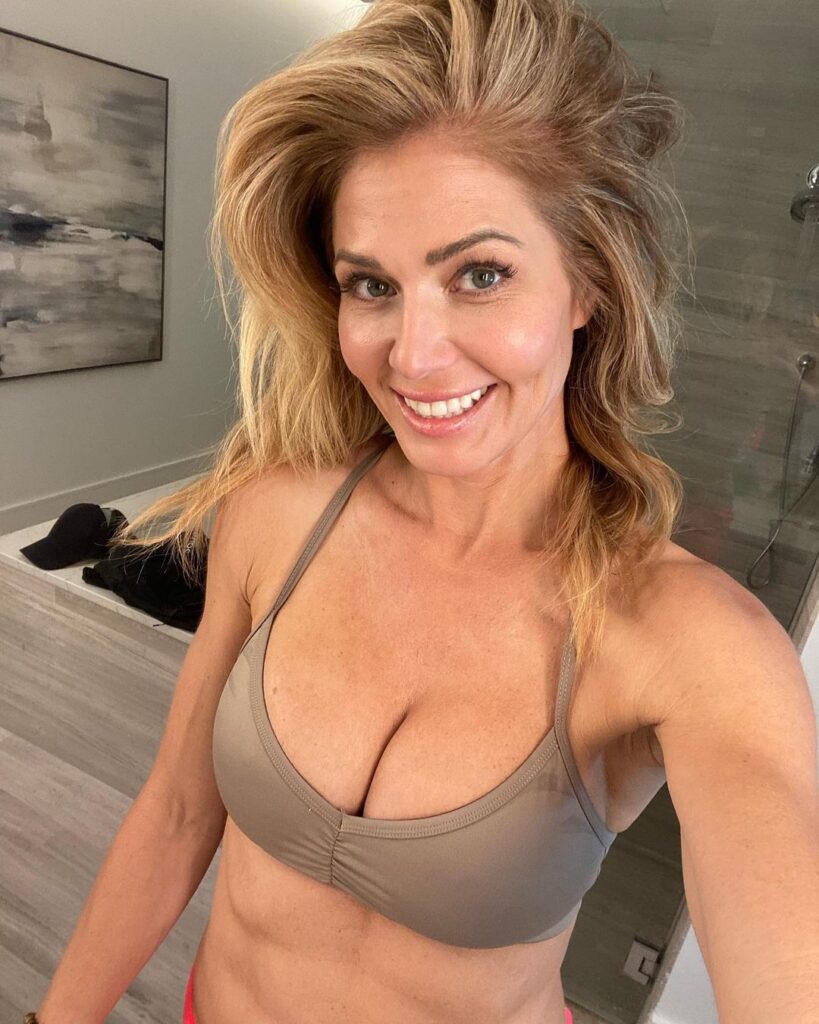 Earlier this year, Torrie Wilson made her in-ring return at the Women’s Royal Rumble in January. The WWE Hall of Famer then stopped by on WWE’s The Bump to talk about her appearance in the match. While she was more than excited to be a part of the match, she’s really felt the bumps she took more than ever.