WWE Raw had two massive main event matches, this week featuring the Universal Champion, Roman Reigns to pull up the TV ratings. In addition to the happenings, a massive title change was witnessed from the women’s division. Nikki Cross A.S.H. and Rhea Ripley have become your new WWE Women’s Tag Team Champions.

This week’s WWE Raw saw Nikki and Ripley defeat Natalya and Tamina Snuka to become the new champions. The match witnessed Tamina delivering a big Samoan Drop to Nikki to lay her out. Tamina went to the top rope for the Superfly Splash but Nikki got her knees up. Nikki crawled for a tag but Ripley was still down at ringside. 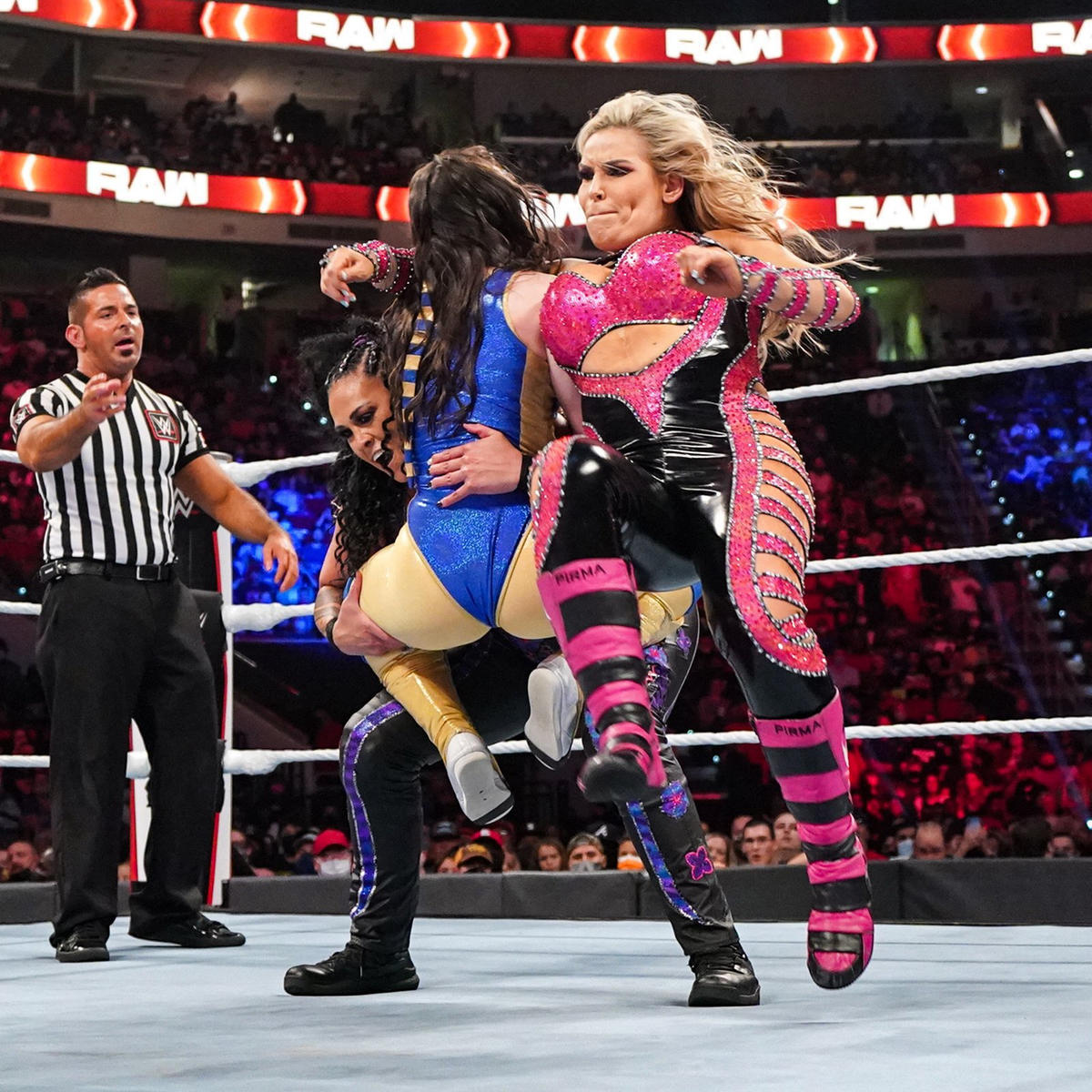 Natalya tagged in and attacked Nikki. After some signature moves of her, Ripley ended up leaping off the apron to take Tamina down at ringside. Natalya went for the Sharpshooter on Nikki but Ripley distracted her by slamming Tamina into the edge of the apron with a Riptide. Nikki took advantage of the distraction and rolled up Natalya for the pin to win the titles on WWE Raw.

That being said, the first tag team title reign for Ripley and Nikki, together, has begun. Natalya and Tamina held the titles for 129 days, winning them from Nia Jax and Shayna Baszler back on the May 14 Old-School SmackDown episode.

It should also be noted that both these two women have been WWE Raw Women’s Champion, earlier this year. Ripley won the title from Asuka at Wrestlemania 37 Night Two and then dropped into Charlotte Flair at Money in the Bank. Nikki then cashed in her MITB briefcase to win the title, the very next night. She then lost it at Summerslam in a triple threat match to Flair featuring Ripley. 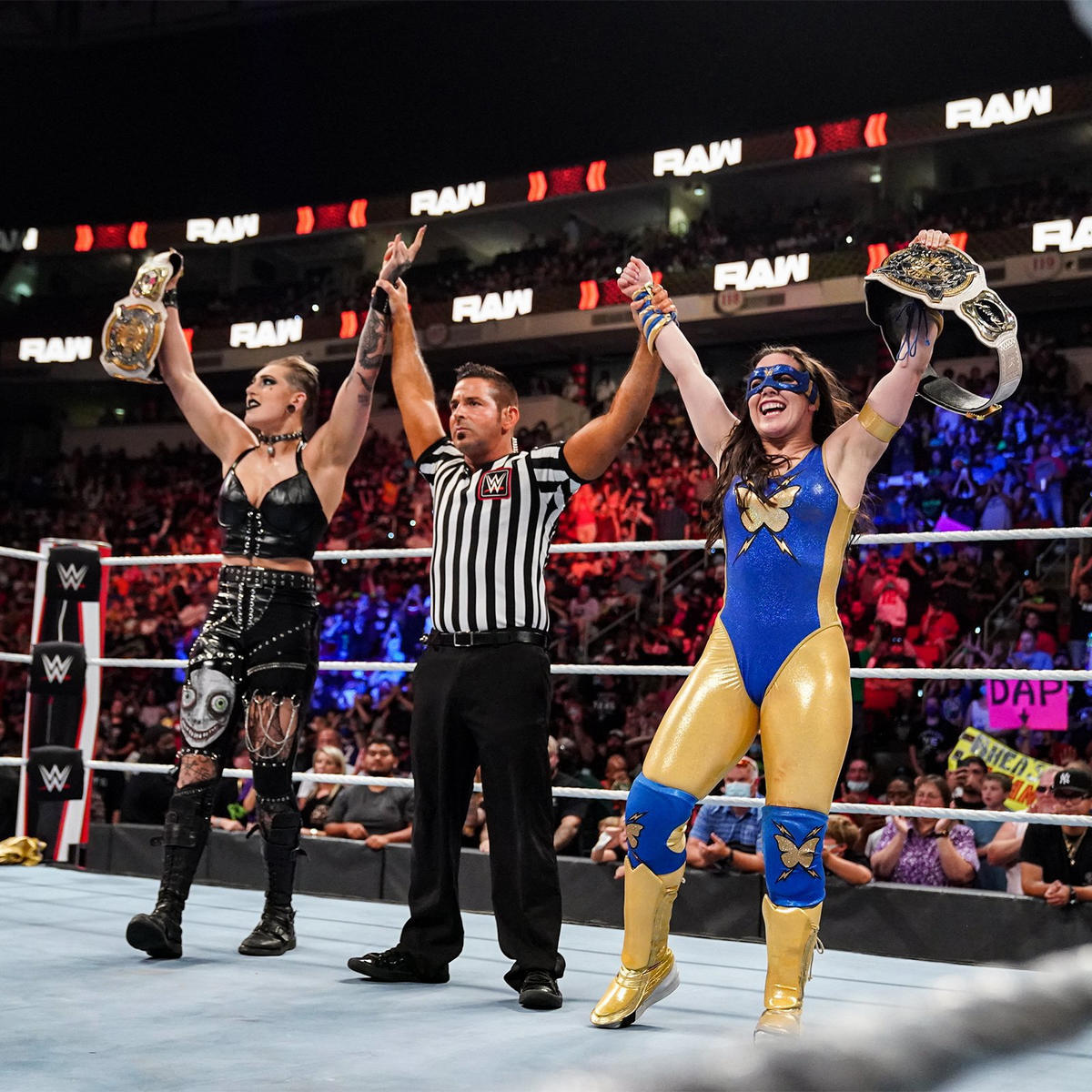 This title change was made to keep on the attention ongoing for the WWE Raw audience amid the competition from Monday Night Football. This was a similar reason why the show feature WWE Universal Champion Roman Reigns and SmackDown Tag Team Champions The Usos going up against The New Day’s Kofi Kingston, Xavier Woods, and WWE Champion Big E. More such interbrand appearances are likely to happen in weeks to follow as competition from football will continue.