WWE currently has Wrestlemania 37 scheduled on March 28th, 2021, at SoFi Stadium in Inglewood, California. There have been previous rumors about WWE possibly relocating the show of shows from the mentioned venue amid the coronavirus pandemic.

Additionally, a scheduling conflict has raised forcing the company to cancel the slot. It could be a big indication that WWE has already changed its plans for the PPV event. 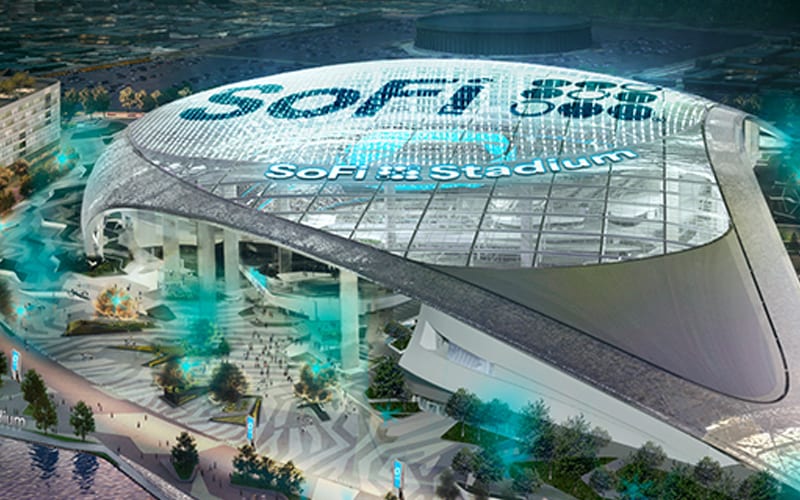 The music group Grupo Firme booked the Staples Center during the week of WrestleMania 37. They announced those dates in August. Grupo Firme has the venue in Los Angeles reserved, and they are already selling tickets for the March 26th and March 27th shows. Both of those concerts will go down in space which previously thought to be booked for WWE events.

Musical group Grupo Firme announced that they will play the Staples Center during weekend as Mania, where other events for #WWE we supposed to be held.

This further indicates that Mania' IS NOT HAPPENING IN Inglewood next year as we reported exclusively.https://t.co/likFCBy5sx

While WrestleMania 37 was booked in SoFi Stadium, WWE planned to use the Staples Center for NXT TakeOver, Raw, and SmackDown on March 26, 27, and 29th. Now that building has been booked by another party which hints that WWE might have already canceled their shows. So it could just be a matter of time that WWE officially announces that they’re not going Hollywood, next year.

The WWE Hall Of Fame was schedule at the Los Angeles Convention Center along with the Axxess festivities. But all of those plans were done before the COVID-19 pandemic hit the scene. It seems like this show would also get canceled while the Wrestlemania 37 cancellation news becomes official.

In April, the LA Times reported that Los Angeles Mayor Eric Garcetti confirmed in a briefing that “large gatherings such as concerts and sporting events may not be approved in the city for at least 1 year.” This does consume the original March dates announced for Wrestlemania 37. So, chances are extremely low that WWE would follow the original schedule.

Later, Ringside News has informed that Wrestlemania 37 is moving to Tampa, Florida instead keeping the March 28th, 2021 date intact. Originally, Raymond James Stadium in the city was going to host the showcase of immortals, this year which got canceled due to the coronavirus situation.

So, WWE is going to make up for the loss to the city they share a great rapport with. Additionally, it was noted that WWE “promised” next year’s WrestleMania event to Tampa “to keep DeSantis (Florida Governor) in the fold.”