Being WWE couples give a fair set of advantages to the superstars as they have to spend most of their time on the road. It’s better to hang around with the partners around the dressing room, instead of as they don’t get much time to spend at home.

The entire WWE roster has its fair share of couples. Whenever two wrestlers make their relationships public, the company acknowledge them or try to put them into mixed tag matches in a storyline perspective.

On the occasion of Valentine’s Day 2021, those WWE couples were all in a lovey-dovey mood as seen through photos and videos on their social media profiles. WWE’s It Couple, The Miz, and Maryse seemed to have spent a cozy night together, last night before Miz had to head back to Raw for hosting a Miz TV edition. Maryse posted a photo by mentioning the Money in the Bank briefcase-holder as her ‘forever valentine.’

The IIconics Still Hoping For A WWE Reunion

WWE couple, Mckenzie Mitchell and Vic Joseph also celebrated Valentine’s Day but in an unusual way. They both had obligations to spend the night at the Capitol Wrestling Center due to the coverage of NXT TakeOver: Vengeance Day. But at least, they got to spend the time, together. Meanwhile, Mitchelle posted the following on Instagram,

“All the heart eyes for you 😍 #happyvalentinesday to the most thoughtful, caring, and goofiest guy on the planet. Life wouldn’t be near as fun without you [white heart emoji] and yes… we did plan to match,

Another WWE couple, Peyton Royce and Shawn Spears fka Tye Dillinger also posted the day together as they posted a before/after photo of them. Royce stated the following to her husband, now AEW superstar, “Happy Valentine’s Day my handsome husband.”

Roman Reigns Vs The Rock To Happen At WWE Wrestlemania 39?

Chelsea Green already wished Valentine’s Day to her fiancée Matt Cordona fka Zack Ryder, last night. Now she posted a video of their time together on Feb 14. Ryder hilariously rolled his tongue over Green’s chick as she uttered, ‘Eww!’ But she had a ton of praise of Cordona, “Happy Valentine’s Day to the most magical fiancée on earth. LOVE YOU.”

Ex WWE couple Kelly Kelly shared a number of photos through her Instagram stories with her current boyfriend Joe Coba. She spent a dance video from their celebration while in a photo the Diva names Barbie Blank asked her partner to get married. Charlotte Flair and Andrade were spotted dancing hand in hand while celebrating the occasion. 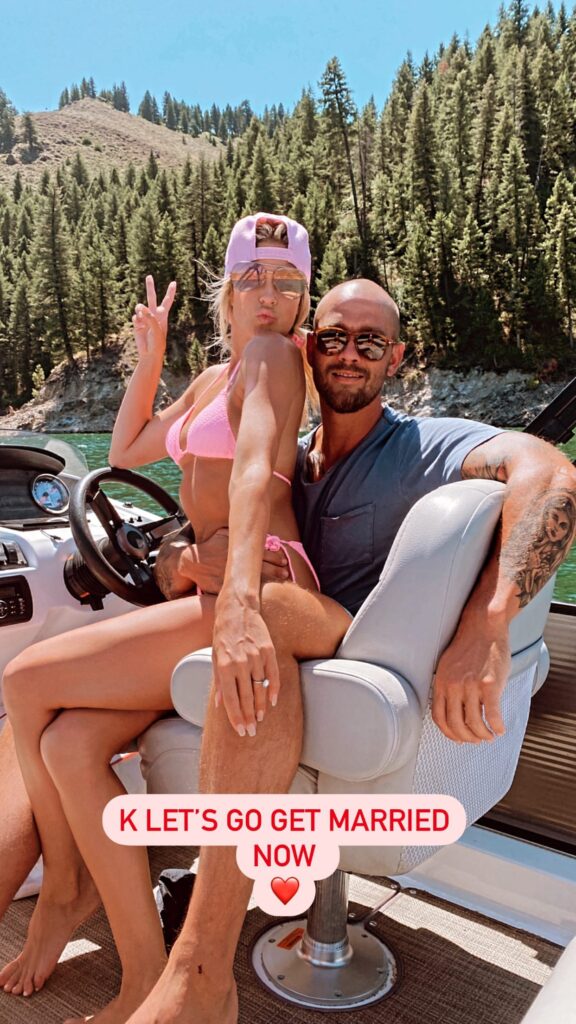 Nikki Bella shared a couple of posts with loaded pictures telling about the good times she spent with boyfriend Artem Chigvintsev. She is apparently ‘spoiled with love and my favorite restaurant this v-day.’ The two of them have now become parents who will tie the knot, this Thanksgiving.