Monday Night RAW has been infamous for some wild moments, mostly in the Attitude of Ruthless Aggression Era as the contents have been adultery back then. One of the much-discussed segments took place between Edge and Lita in January 2006 where they apparently had a live sex celebration on live television that was a first-ever thing. 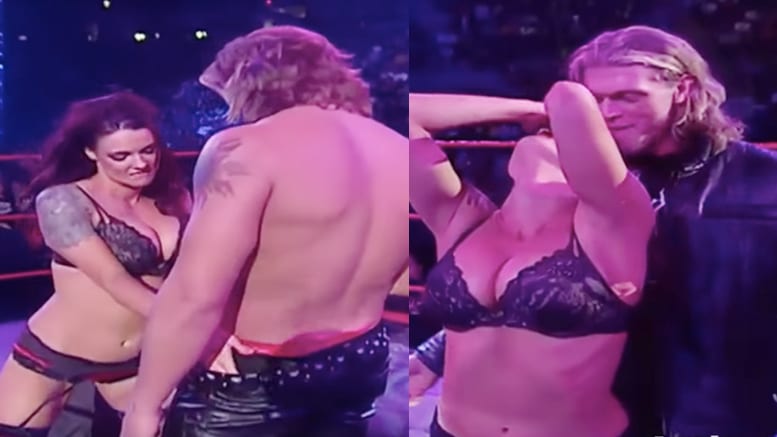 Unlike nowadays censored programs, WWE actually went beyond the limit on that night where Edge and Lita did have some fun for themselves as well as the fans. They had quite the makeout sessions in honor of Edge’s first WWE Championship win at New Year’s Revolution pay-per-view delivering a segment that became unforgettable.

For those who don’t know, this is the highest-rated segment in the history of Monday Night Raw with the maximum number of viewerships. This also paved the way for Edge’s bright future in the company as he appeared to be one of the most controversial figures in sports-entertainment. 13 years later, a wrestler wanted to do a parody with it.

WWE played out an angle last year, where the then 24/7 Champion Drake Maverick was trying to consummate his marriage with his wife, Renee Michelle. WWE also arranged one private segment for him but he never succeeded in his mission.

While speaking to Metro, the now NXT superstar Maverick revealed that he pitched an idea to the creative team of having a segment with his wife that would be similar to Edge and Lita’s live sex celebration on Raw. Obviously, WWE officials didn’t accept his idea as they won’t allow such vulgar things on today’s PG-rated programming. 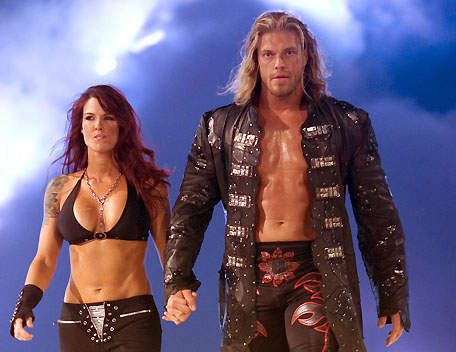 Below is what Maverick had said about wanting to re-enact the infamous Edge and Lita segment.

“The one I pitched was the live consummation celebration which was supposed to be a spoof on the Edge and Lita one, which was very PG but you could imagine Drake Maverick stripping off for his wife, trying to take his pants off and falling over, then getting back up like it didn’t happen.’”

Edge and Lita used to be a real-life couple in the WWE, back then who pulled up ratings with some Rated-R stunts. However, their partnerships didn’t last long as they went separate ways after a couple of years’ togetherness.