WWE Hell in a Cell will be returning next month. This is one of the most popular gimmick-based shows of the year which now appears to be hosting a huge bout over the Women’s Title. Bayley turned on Sasha Banks two weeks ago and that storyline is likely to witness a fitting culmination on that particular PPV night.

After the brutal attack, this week Bayley verbally buried her former Golden Role Models tag partner on SmackDown. The two are likely to meet in at least a match, if not more. One of that should be a gimmick based match inside the demonic steel structure. 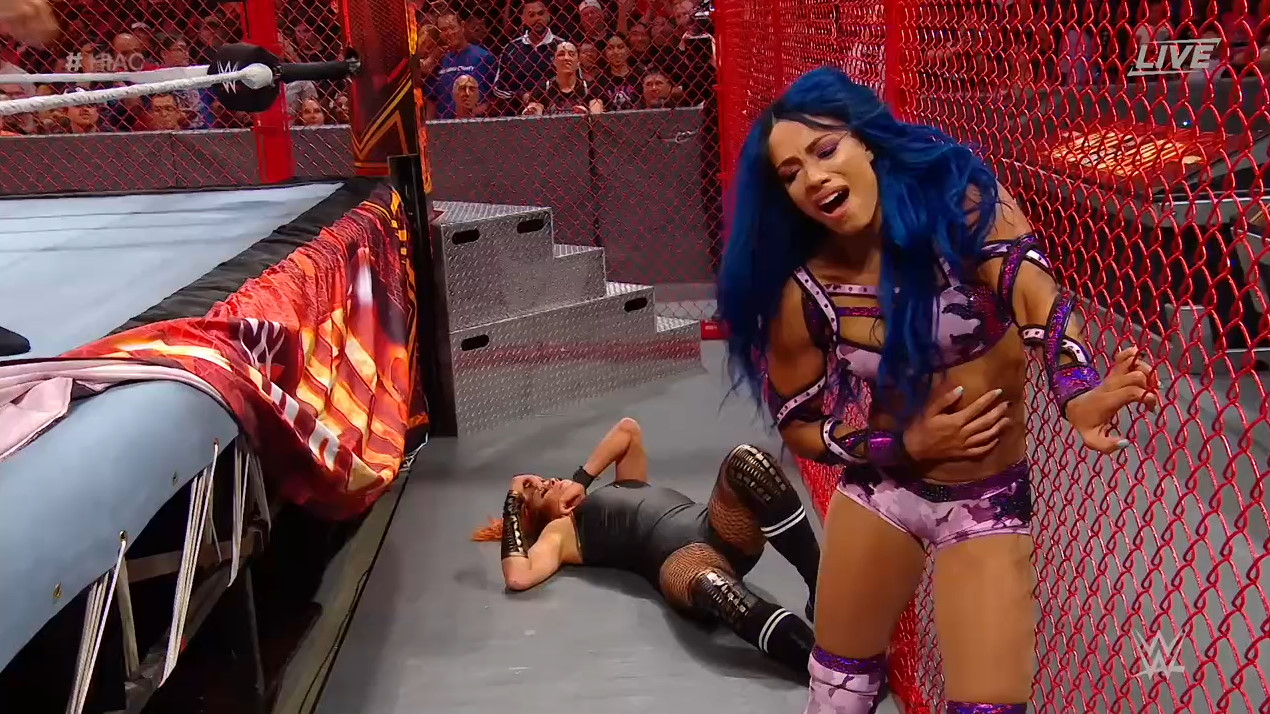 As per the recent reports, WWE moved their Hell In A Cell pay-per-view event from November 1st to October 25th. This will allow them to host one more guaranteed PPV at the ThunderDome in the Amway Center in Orlando, Florida as their lease period ends on 31st October.

It was noted on Wrestling Observer Radio that Sasha Banks and Bayley will be having their match at Hell In A Cell. These two are cornerstone figures in the WWE Women’s Division and it’s fitting that they participate inside that dreaded structure. These two have already been part of some benchmark matches in the past and this time, too, the arrangements of a gimmick match could be very appropriate.

But before Hell in a Cell, Bayley has to deal with Nikki Cross on September 27th while defending the SmackDown Women’s Championship against her. Sasha Banks is currently out from the scene after suffering that vicious attack from Bayley. But she is now advertised for a SmackDown return on the upcoming edition. It’s unknown at this point whether she’d be in the shape to wrestle.

Sasha Banks and Bayley could stretch their program for weeks to follow considering their allies in the recent past. It seems that the Hell In A Cell pay-per-view is waiting to have their first big match during this feud.

@RajGiri_303 Looks like Sasha Banks will be back on Smackdown this Friday to address Bayley. So much for selling the assault. @WrestlingInc pic.twitter.com/6pw74ZhJUB

Last year’s Hell In A Cell was a disaster that was main-evented by Seth Rollins vs The Fiend. However, the women’s division match inside the Cell Structure, Sasha Banks vs Bayley was the savior. Prior to that, Banks competed against Charlotte Flair in the first-ever Women’s Hell in a Cell match back in 2016. Interestingly, Banks will be part of all the three Cell matches from the WWE Women’s division if WWE hosts this match against Bayley, next month.