This week’s WWE NXT witnessed Adam Cole in the main event match against a fresh opponent. Samoa Joe was cleared to compete in action as he received a title match at TakeOver. Plus, a massive betrayal was waiting for the Women’s Champion on the show that took place at the Capitol Wrestling Center in Orlando, Florida. Check out the results,

– Pete Dunne and Oney Lorcan defeated Tommaso Ciampa and Timothy Thatcher in the opening match of WWE NXT. Dunne hit the Bitter End on Ciampa for the pin to win after which Ridge Holland made his return from injury after the match and attacked Ciampa and Thatcher. With the help of Dunne and Lorcan, Holland destroyed the two babyfaces to stand tall. 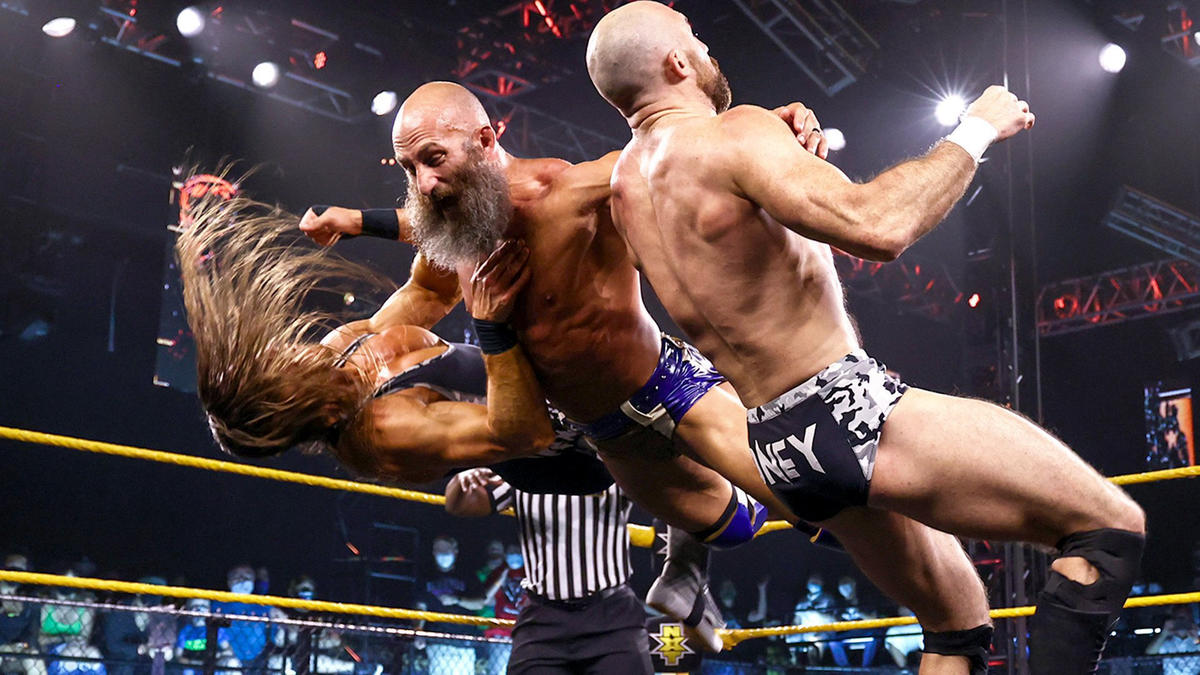 – Samoa Joe called out WWE NXT General Manager William Regal to the ring and said he knows that Regal wants to fire Karrion Kross for attacking him last week, but he had a better idea.

Joe wanted to quit as Regal’s enforcer and become a performer once again. Regal signed the paper and Joe ultimately became a wrestler once again. Joe requested that Regal should book him against Kross for the NXT Championship at NXT TakeOver 36. Regal made it official for the title.

– Carmelo Hayes defeated Josh Briggs to advance to the next round of the NXT Breakout 2021 Tournament. Hayes hit the tall flying leg drop over the back of Briggs for the pin to win.

– Million Dollar Champion LA Knight went to golfing and made Cameron Grimes, his caddy. Ted DiBiase showed up and told Grimes that he was born to be a Champion. Grimes is better than just being a Butler, per Ted’s words. 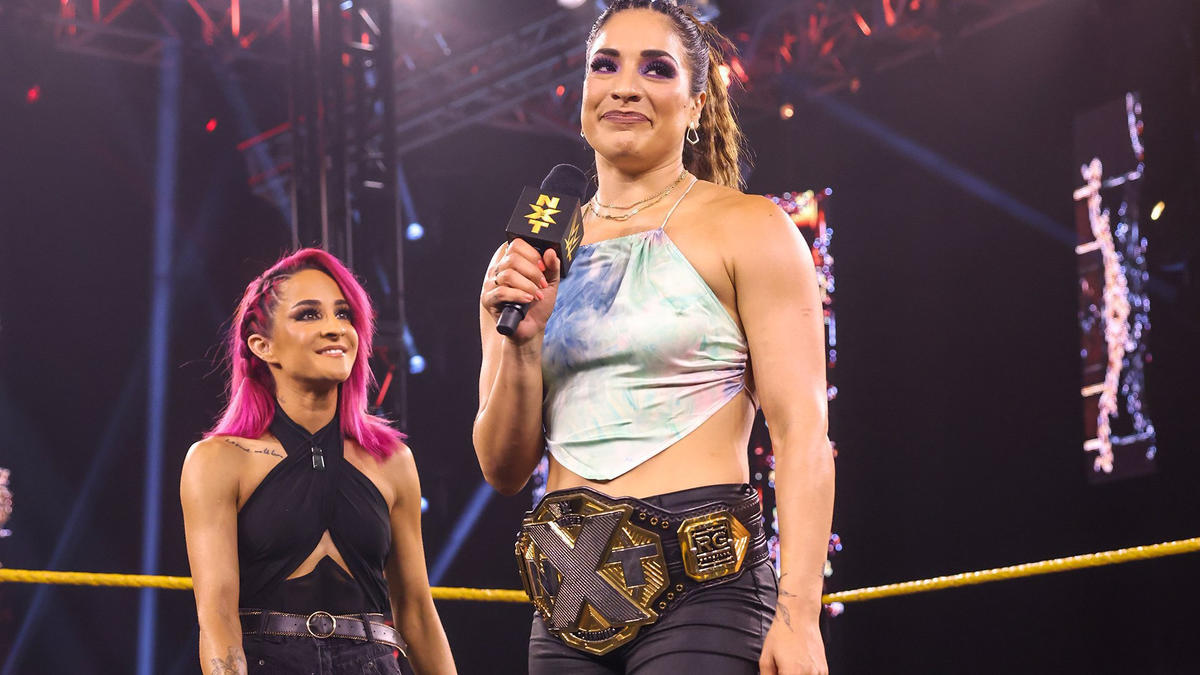 – WWE NXT Women’s Champion Raquel Gonzalez said she has defeated everyone who dared to step against her. She wanted to know who’s next. Dakota Kai praised Raquel, and said as long as she has her back she will continue to dominate as the reigning NXT Women’s Champion. Dakota suddenly turned on Raquel and attacked her, leaving the audience in shock. Dakota then posed with the Title as Raquel was laid down on the mat.

DID THAT JUST HAPPEN?!?!?!@DakotaKai_WWE just hit @RaquelWWE with a kick heard round the world. #WWENXT pic.twitter.com/Qbt9N8PTva

– Kacy Catanzaro and Kayden Carter defeated Franky Monet and Jessi Kamea in a tag team match. This is the first time that Franky received a loss on WWE NXT as she blamed the loss on Robert Stone who climbed on the apron to provide a distraction to Monet. Katanzaro delivered a 450-Splash from the corner on Monet to get the pinfall win.

– Mandy Rose tried to recruit Jacy Jayne and Gigi Dolin backstage. It appears that the former Raw Superstar was trying to build a faction on WWE NXT.

– Roderick Strong vs. Bobby Fish was announced for next week. 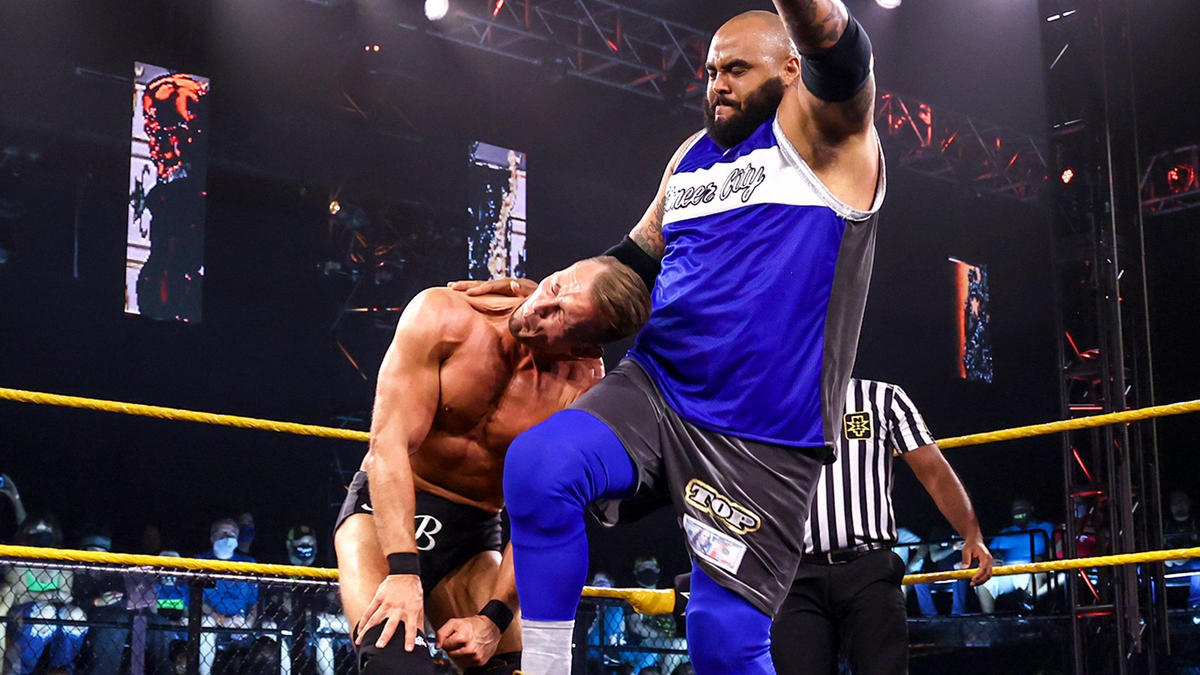 – Imperium’s Fabian Aichner and Marcel Barthel defeated Hit Row’s “Top Dolla” AJ Francis and Ashante “Thee” Adonis in a tag team match after Legado Del Fantasma caused a distraction. Both the Imperium members hit their big double team European Bomb finisher on Adonis to receive the big win. After the match, they beat down Top Dolla. But Swerve brought a Steel Chair into the ring and forced them to back off.

– Dexter Lumis gave Indi Hartwell another drawing. Johnny Gargano and Candice LeRae got angry with this. Indi then proposed a match between Lumis and Johnny Gargano for next week. If Johnny wins, Indi will have to forget Lumis. But if Lumis wins, they have to give him a chance. 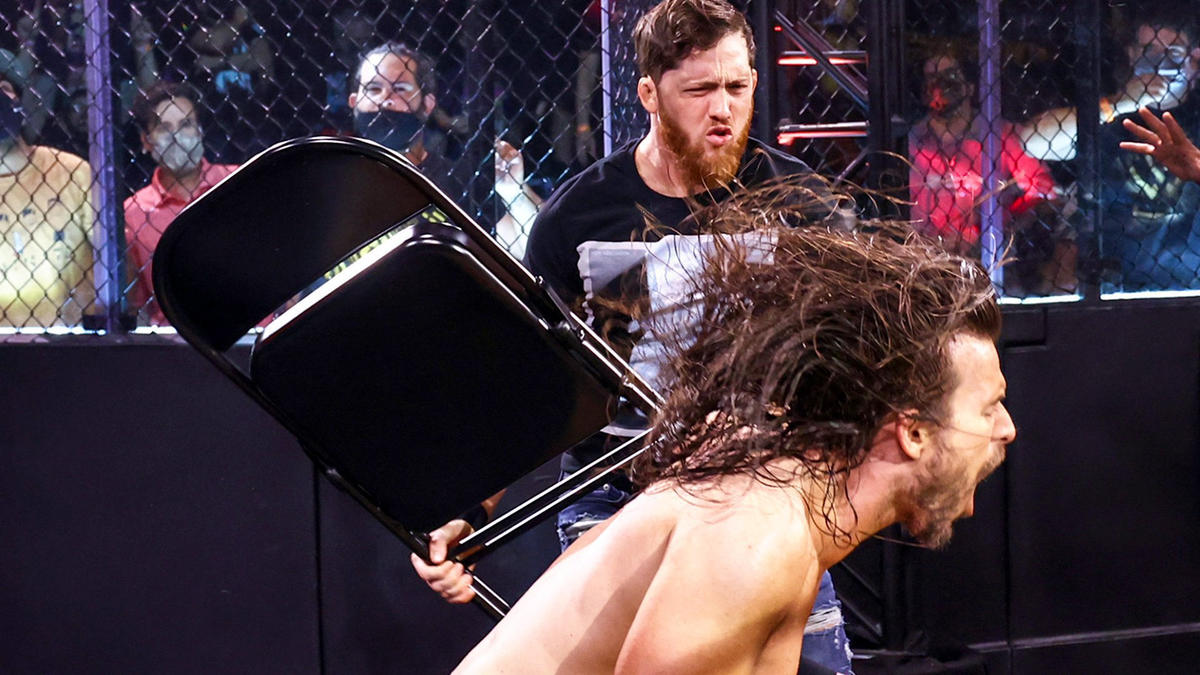 – Adam Cole defeated Bronson Reed in the main event of WWE NXT. Reed missed the Tsunami Splash move as Cole landed a Superkick in him. Cole then hit The Last Shot for the win. Kyle O’Reilly attacked Cole with a Steel Chair after the match. Kyle suplexed him on the steel ring steps to send the show off-air.