WWE Hell in a Cell 2021 marked the end of the PPV era inside the ThunderDome and WWE Raw is about to carry a lot of fallouts from the PPV event. We are likely to learn the next chapters in title pictures of the red brand for the reigning champion who successfully retained. Plus, initial builds for Money in the Bank 2021 are also expected when this week’s WWE flagship show airs from the Yuengling Center in Tampa, Florida.

In the main event of Hell in a Cell 2021, Bobby Lashley defeated Drew McIntyre to successfully retain his WWE Championship inside that Cell structure. The win wasn’t a clean pinfall win as MVP got involved and distracted McIntyre, helping Lashley to secure a roll-up win over his bitter rival. Via this, McIntyre won’t be able to challenge for the WWE Championship as long as Lashley remains the champion.

That being said, Lashley will be looking forward to receiving a new opponent on WWE Raw for his title. Over the past few weeks, Kofi Kingston is being bashed by MVP for losing his essence to stay on the title picture. Kingston has also lost to capture the number-one contender’s spot to McIntyre, a few weeks ago. But going by the storyline, one-half of the New Day should be coming back title picture, after all.

WWE RAW Women’s Title was on the line in a singles contest between Charlotte Flair and Rhea Ripley at Hell in a Cell. This appeared to be the toughest title defense for the reigning champion who took a cunning strategy to retain. Ripley slammed Flair on the face with a part of the announce table to cause a disqualification but the title never changed hands.

After the match, Flair and Ripley got involved in a brawl and it was the champion who stood tall by delivering a Riptide on her adversary. With fewer options available in the title picture, WWE is seemingly heading into a title rematch between these two superstars which could take place at Money in the Bank, next month. 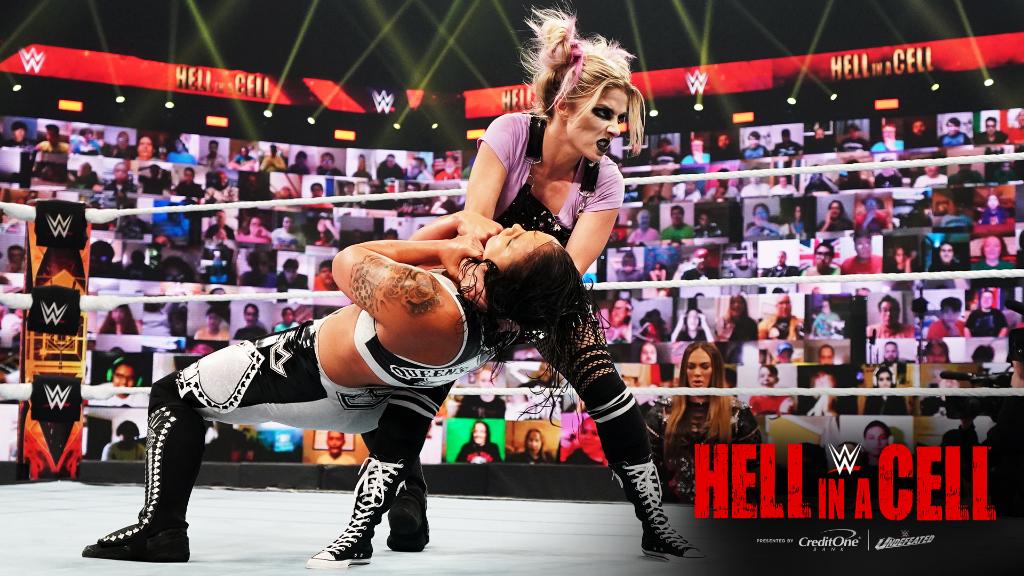 Alexa Bliss continued her winning streak at HIAC, captivated by a strange power. Last night, she hypnotized Nia Jax, stopping her from interfering in the match against Shayna Baszler. Bliss then delivered Sister Abigail followed by Twisted Bliss to secure a big win. That being said, it’s likely that the veteran superstar could be moving to the title picture on WWE Raw. 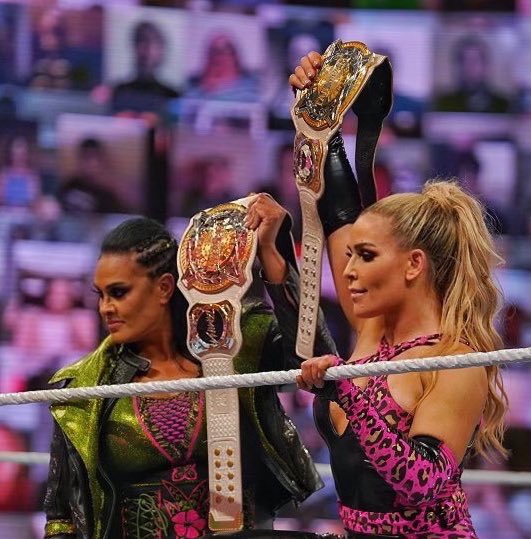 It will be interesting to see whether WWE moves her to the Raw Women’s Title picture or the Women’s tag team title picture. The assumption is that she could present a physical version of Lilly on the scene to move into the tag title picture. This could also be the reason why she showed interest in the champs, Natalya and Tamina Snuka in the past few weeks. More on the story should be available when WWE Raw airs with HIAC fallouts from ThunderDome.

Charlotte Flair On How She Manages To Remain On Top