WWE Raw presented the second episode after Payback 2020 as the buildups for Clash Of Champions 2020 continued. Randy Orton was the headliner heading into the show as the challenger of the WWE Title Match. Also, title pictures were in concern in search of fresh feuds when the show aired from the Amway Center in Orlando, Florida. Here are the results, 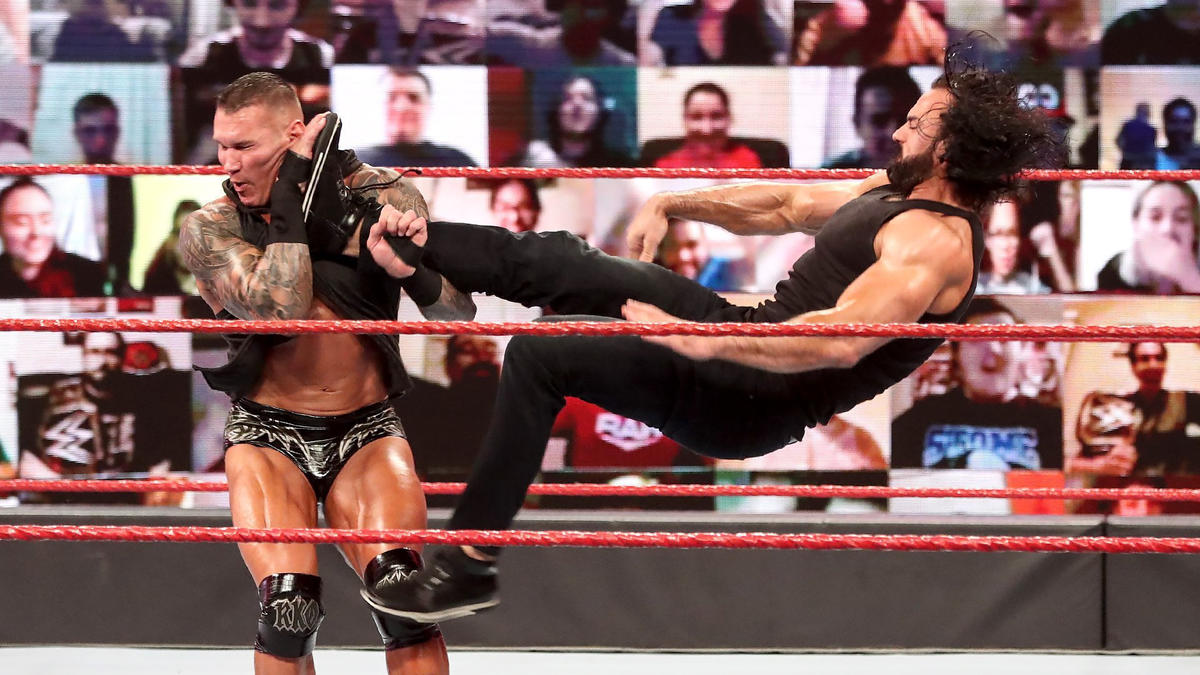 Randy Orton opened WWE Raw this week while ranting about his title opportunity at Clash Of Champions. An ambulance arrived at the arena and Drew McIntyre came out of it. He entered the ring and leveled Orton with a Claymore Kick.

The Hurt Business vs. Apollo Crews, Ricochet, and Cedric Alexander was the opening contest of WWE RAW where Cedric turned heel. He destroyed Ricochet in the ring before hitting the Lumber Check on Crews allowing Shelton Benjamin to hit the Paydirt for the win.

The Street Profits vs. Angel Garza and Andrade was the next match on WWE RAW where the latter duo shared some tensed moments. Dawkins hit the Cash Out on Andrade after which Ford hit a Frogsplash on him for the win. After the match, SmackDown Tag Team Champions, Cesaro, and Shinsuke Nakamura came out to challenge the Raw tag champs for a match that will go down, next week.