Survivor Series has been the main focus of this week’s WWE Raw as the PPV is less than two weeks away in the calendar. A second chance triple threat qualifier was announced for the show. Also, Drew McIntyre and Randy Orton were part of a huge main event match when this Veterans Day edition aired from the Amway Center in Orlando, Florida. Check out the results,

The Miz and John Morrison opened things on WWE Raw where Randy Orton joined them in the ring. Tensions clearly existed among them regarding Money In the Bank briefcase. The New Daya and Drew McIntyre arrived at the ring to plug in the main event of the night. A brawl broke out among them where Miz hit McIntyre with the MITB briefcase. Orton leveled McIntyre before leaving the ring. 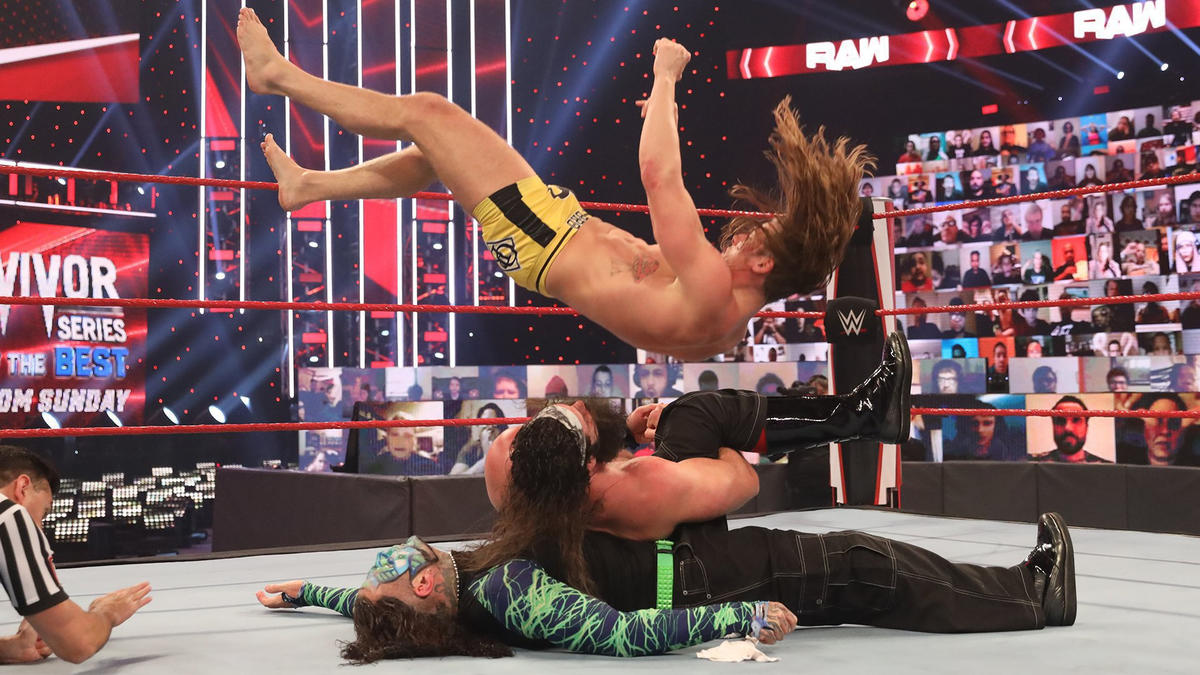 Survivor Series Second Chance Qualifier match was the opening contest of WWE RAW with the lineup of Elias vs. Riddle vs. Jeff Hardy. Elias stopped Hardy from hitting a Twist of Fate on Riddle, with a leaping knee strike which also sent Hardy out. Riddle and Elias hammered away at each other when Riddle hit a Bro Derek on Elias to get the pinfall win. 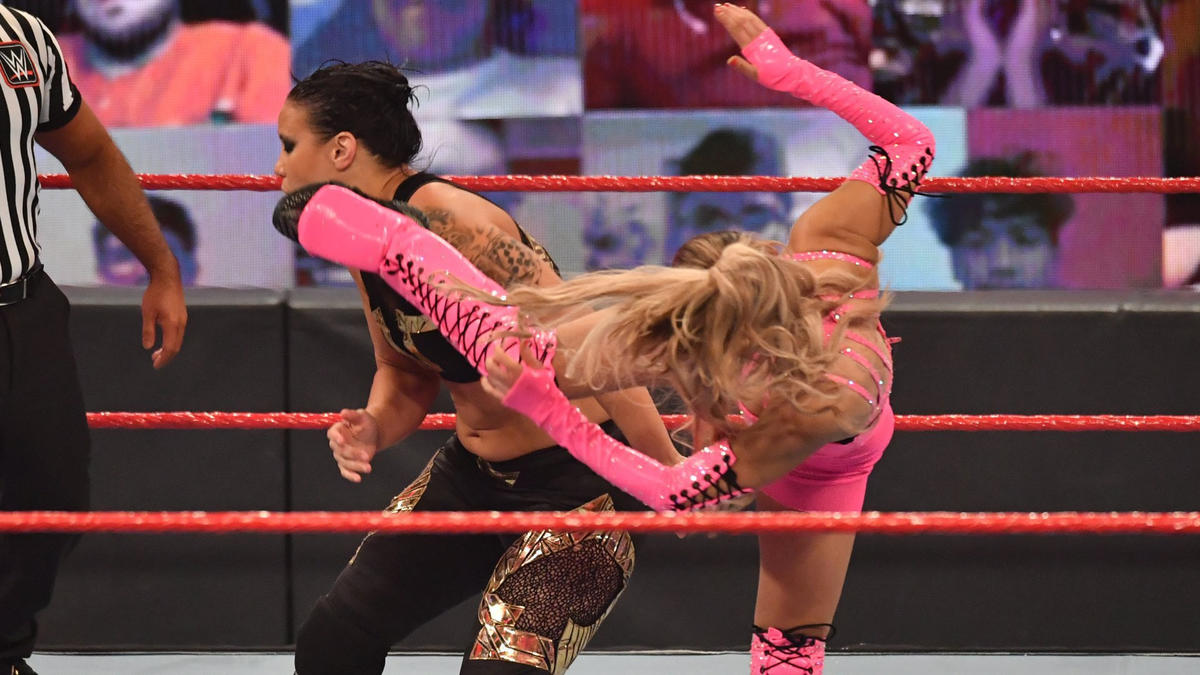 Lana competed against Shayna Baszler in a match to digest another quick loss. Baszler hit a gutwrench suplex followed by the Kirifuda Clutch submission for the win. After the match, Nia Jax went to put Lana through the announce table, yet again but Mandy Rose and Dana Brooke, who were in commentary, made the save.

Riddle and Keith Lee vs. Sheamus and Braun Strowman in a tag team match went down on WWE Raw after the Survivor Series team members had an argument. AJ Styles served as the special guest referee for the match. Sheamus and Strowman had an argument and as a result, Sheamus leveled Strowman with a Brogue Kick. Riddle took advantage of the distraction and rolled up Sheamus for the win.

Sasha Banks: Bianca BeLair Determined To Get A Match With  The Boss 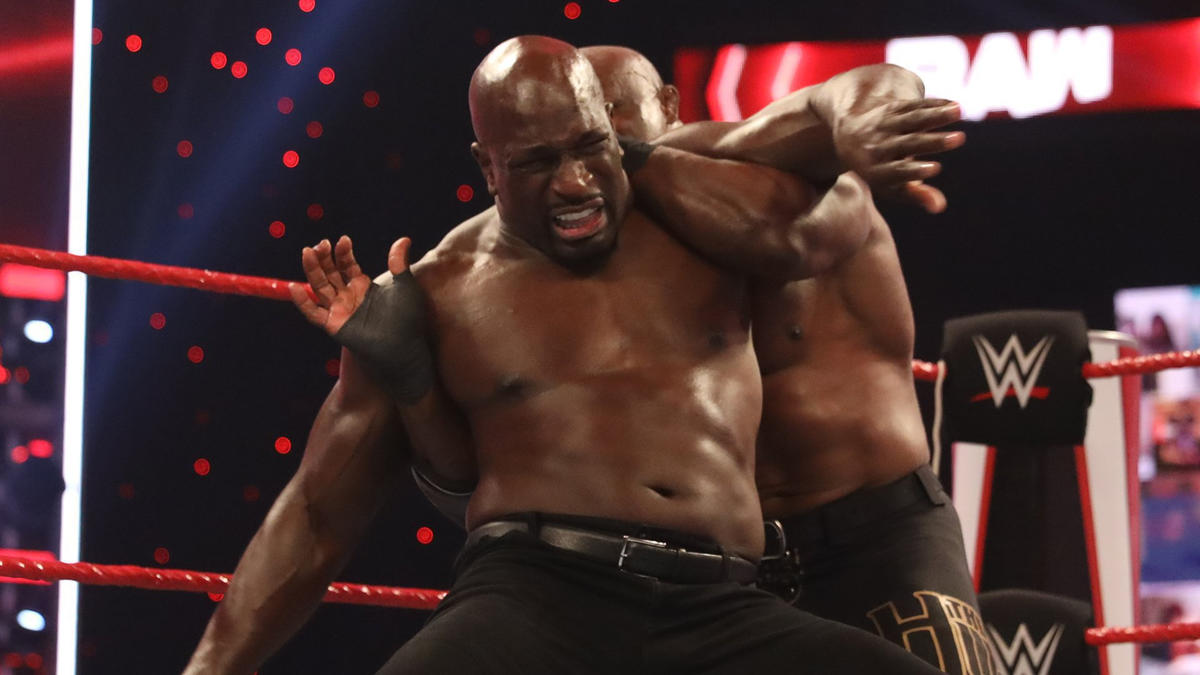 United States Title Match took place on WWE Raw where Titus O’Neil challenged Bobby Lashley. The All-Mighty had a quick and successful defense where he put down Titus with a huge Spear. He then put the Hurt Lock in for the submission victory.

WWE RAW Women’s Champion Asuka vs. WWE Women’s Tag Team Champion Nia Jax was the next match where Asuka had the armbar locked on her opponent. Lana was standing at the apron but Baszler locker into the Kirifuda Clutch. Asuka dropped them with a Hip Attack but Baszler came back and attack Asuka to disqualify the match. A brawl broke out which ended with Jax putting Lana through the announce table for the eighth time. 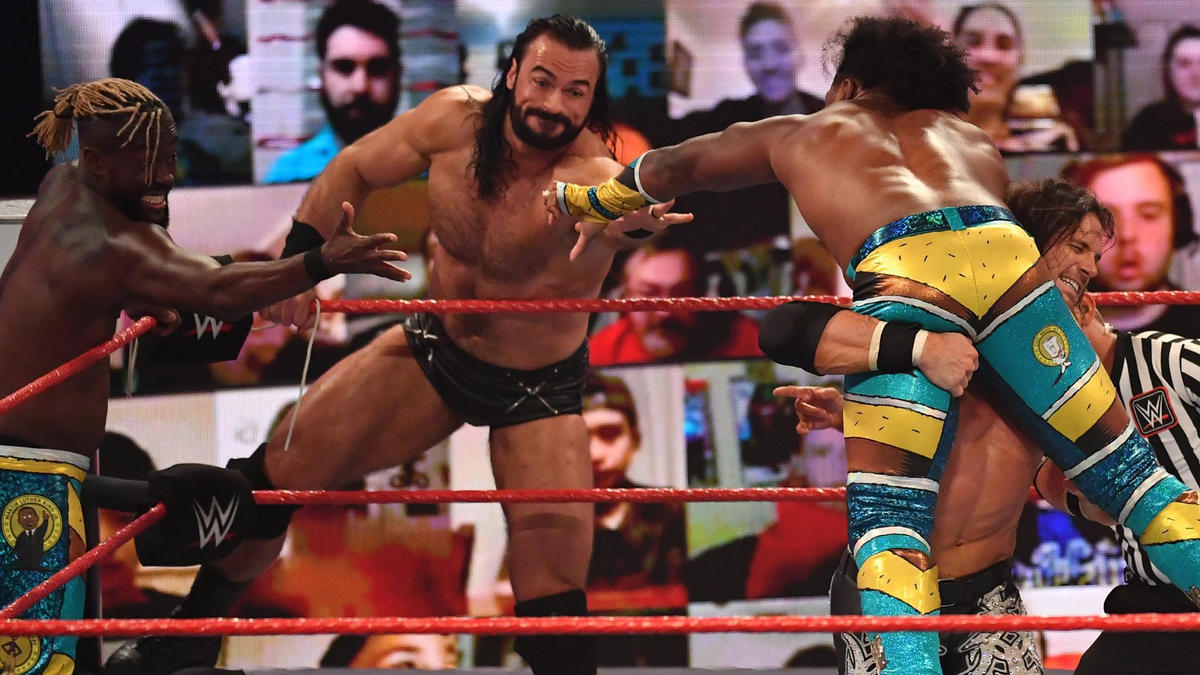 Randy Orton, The Miz, and John Morrison vs. Drew McIntyre and The New Day was the main event for this week’s WWE Raw. McIntyre leveled Miz with a Spinebuster while gave a Glasgow Kiss Headbutt on Morrison. He then nailed Morrison with a Claymore Kick for the win. Drew, Kofi, and Woods stood tall to send the show off-air.