A stacked edition of WWE RAW was presented that also marked the go-home episode for Clash Of Champions PPV. WWE Champion was in action in the main event with the PPV implications. A triple threat contender’s tag team match went down on the show while on Raw Underground two mammoths battled. Check out the results from the show that took place at the Amway Center in Orlando, Florida. 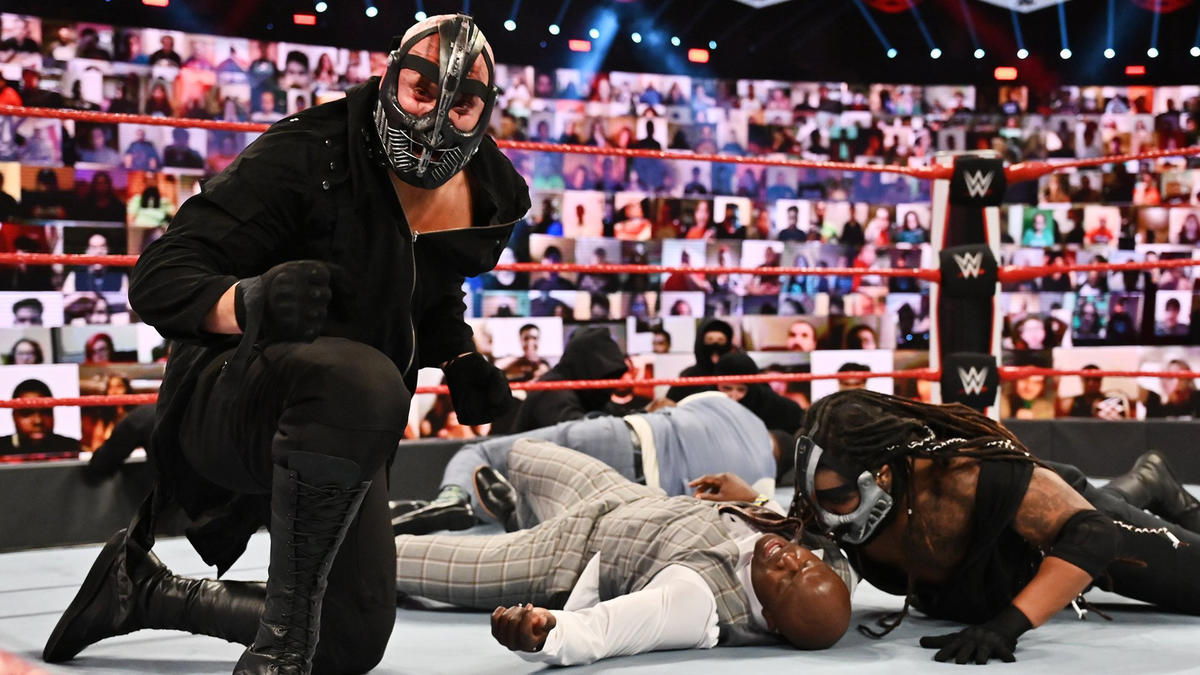 RETRIBUTION members opened this week’s WWE Raw as 5 of them reveal themselves to be Mia Yim, Mercedes Martinez, Dio Maddin, Dominik Dijakovic, and Shane Thorne. They apparently received WWE contracts and decided to cut a promo as The Hurt Business appeared for a brawl. But more masked members surrounded the ring as Maddin and Dijakovic put down Lashley with a huge double Chokeslam.

The Number-one Contender’s Triple Threat with the lineup of Andrade and Angel Garza vs. Seth Rollins and Murphy was the opening match of WWE RAW. Murphy and Andrade were battling when Rollins walked away leaving Murphy alone. Andrade dropped him while Garza put him away with the Wing Clipper for the win.