Lana was showing frustration over negativity on social media in recent times. She has been bullied a few times in the past that forced her to come to a decision where she thought of leaving the social media, permanently. However, she’s an Internet geek and we wonder whether she can stick to the comments. Rather, she’s back with more hotness quotient.

As seen in the recent Instagram stories of Lana, she captured herself on her mobile camera’s lens in minimum clothes. As always, she was barely covering her assets while talking to the camera. She was living up to the Ravishing Russian gimmick in those sunkissed pictures and videos shared. She was simply on a show-off spree in her favorite two-piece outfit.

This time around, Lana was wearing a pink bikini while talking about training in the ring. She likely had training sessions with her current tag team partner, Natalya and while doing that, she ended up hurting her lower lip area. But she also mentioned being a professional wrestler who can deal with these bruises, easily.

Lana posted a video of her and Natalya to her Instagram account, and the video received a lot of negative attention from fans. While being a veteran player in the game, fans didn’t have any problem with Nattie, they went on to attack Lana for no reason. This was the main concern here as she previously declared to leave social media.

This was the statement put up by Lana on Twitter,

“It’s crazy to see me that I can post a video on my IG & get so much hate & cyberbullying comments & then @NatbyNature can post the exact same video and everyone say it’s the best TikTok ever! It’s the same video that I made…. why are all of you such bullies to me ?”

Lana added that if such bullies continued to do their nasty things then she would not hesitate to act properly. Now fans definitely don’t want to see her leaving as she’s always been a visual treat, especially on Instagram in her skimpy attire. So hopefully, they’d behave properly from now on. 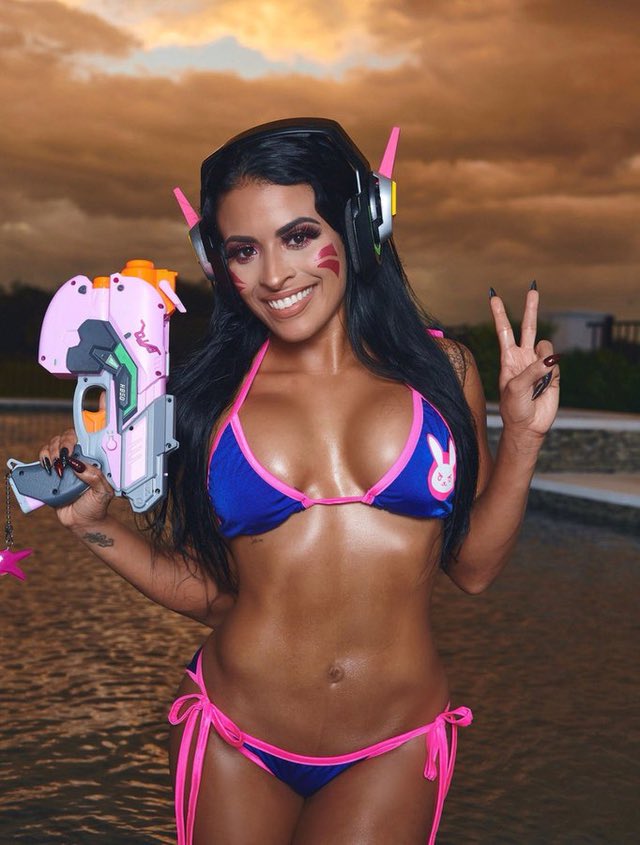 Apart from Lana, Zelina Vega is another superstar from WWE Raw who decided to delight the fans with a scorching photo. She is a master of cosplaying who was donning a purple bikini to show off her gorgeous body. Hopefully, these two Divas have done their jobs to motivate the fans to start their week with a bang.