WWE Raw presented the post Hell In A Cell 2020 episode, last night that brought all the fallouts together from the PPV event. A new WWE Champion’s era began while the initial hypes around Survivor Series 2020 also kicked off when the show aired from the Amway Center in Orlando, Florida. Check out the results from the show,

Drew McIntyre opened this week’s WWE Raw thanking the fans for their support even after the WWE Championship loss at Hell In A Cell. The Miz and John Morrison tried to interrupt him with some verbal jabs as McIntyre dropped Miz with the Glasgow Kiss Headbutt. Morrison was about to take a beatdown when Miz somehow hit the knees of McIntyre and retreated through the ramp. 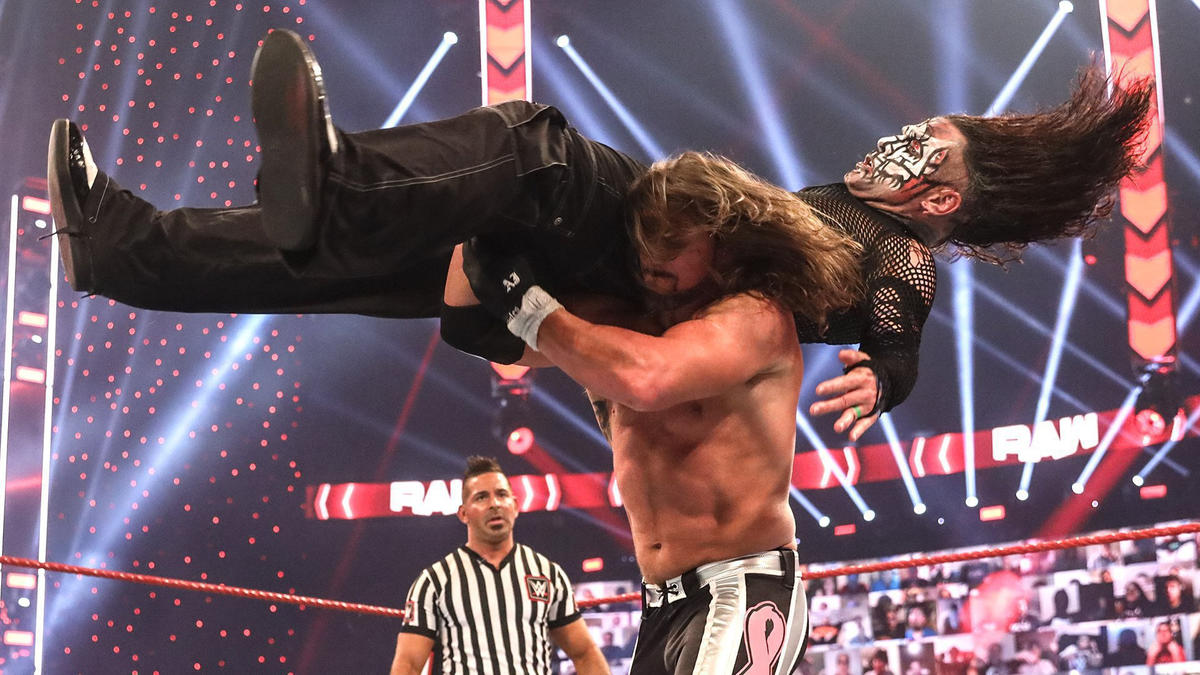 It was announced that Raw vs SmackDown traditional 5-on-5 elimination match will go down at Survivor Series. The first qualifier went down between AJ Styles and Jeff Hardy who dodged Styles Clash to plant AJ into the mat. Hardy went for the Swanton Bomb but AJ’s associate distracted him. AJ sent Hardy into the ring post and hit the Phenomenal Forearm for the win. After the match, Elias shattered a guitar on Hardy’s back.