WWE will be bringing one of the most popular shows for the fans, this Sunday in the form of the Royal Rumble 2021 pay-per-view event. Excitements remain high around the main attraction Rumble matches during the show from both men and the women’s divisions. The winners will cement their positions to feature in marquee WrestleMania matches.

But apart from these matches, some big-time title matches are also on the card. WWE Hall of Famer Goldberg is returning to action as he challenges Drew McIntyre for the WWE Title. From SmackDown, the Universal Championship will also be on the line where Roman Reigns and Kevin Owens collide in another rematch at the Tropicana Field in Tampa Bay, Florida.

Check out the full Royal Rumble 2021 match card alongside the predictions, 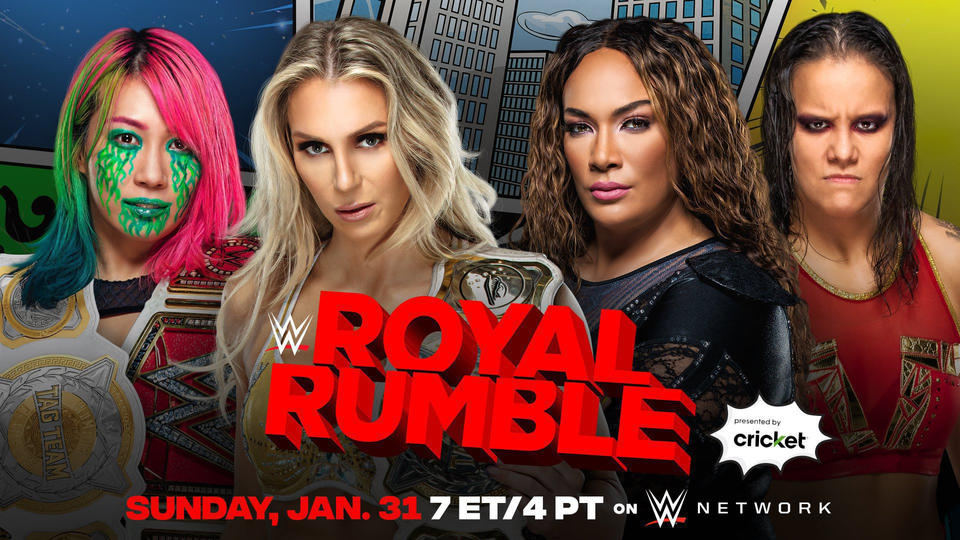 Nia Jax and Shayna Baszler were having a dominant reign with the tag titles over the fall of 2020 until they faced Asuka and Charlotte Flair at WWE TLC 2020 to drop those belts. Now, they are getting the rematch to trying to regain their former glory as a pair. The champions basically don’t have any weak points while the challengers have shown tensions between them, recently. Chances are pretty less, that the two heels are regaining the belts at Royal Rumble 2021.