Mandy Rose defeated Sonya Deville in a much-anticipated match at SummerSlam where the stakes were higher than expected. These two were initially slated to battle in a Hair vs Hair match, but that was later converted into a Loser Leaves WWE contest. As per the stipulation, Deville was forced to quit the WWE after the biggest party of the summer.

The Hair vs Hair match was apparently changed due to Sonya Deville’s attorney’s request as she’s involved in a court case with her stalker who also tried to abduct her. According to the Wrestling Observer Newsletter, Deville was slated to lose the match, anyway but she wasn’t supposed to have her head completely shaven. 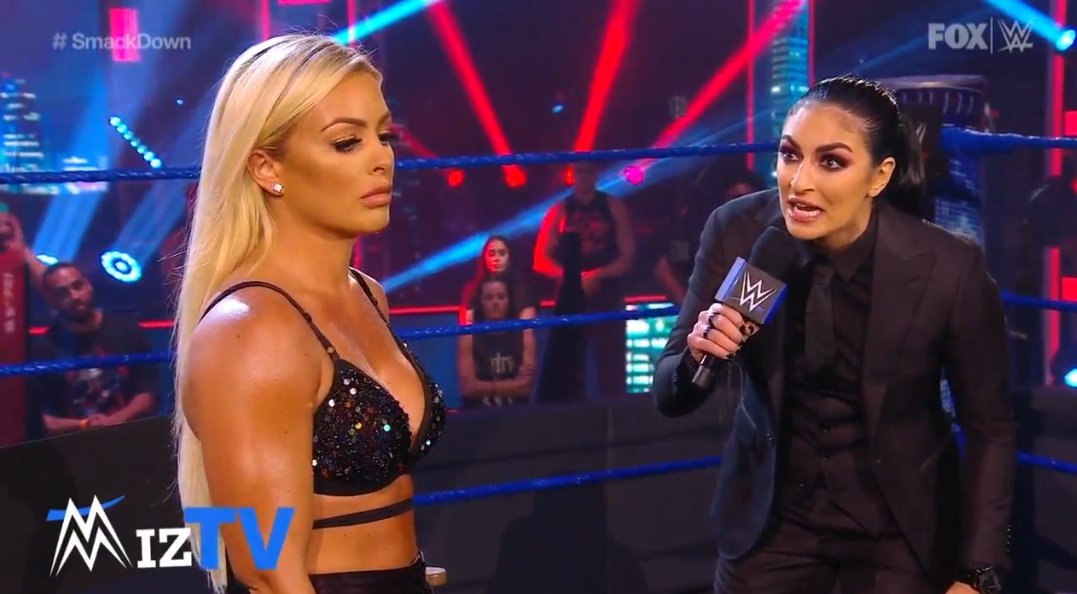 Rather, she could have come up with a drastic new look that could have also helped her in some sort of acting stint. (Sonya Deville was reportedly trying to rope in for the character of Catwoman)

“The original idea was not to shave her bald, but to cut off most of her hair for some sort of an acting role. No word on how long she’ll be gone but she’s not leaving WWE.”

Sonya Deville will reportedly be returning in WWE, and she might portray a shorter hair due to an acting role. For now, she’s having a difficult time as the trial of her stalker is going on. She could have scary moments in her life until the judge hears a ruling and the man named Philip Thomas II is served to justice.

As reported earlier, Sonya Deville escaped a dangerous situation when the stalker invaded her home. A man named Philip Thomas II was stalking her online for years, and then he planned a kidnap attempt. At the time when the police arrived at the spot, she had a guest in her home.

Later, it was revealed that Mandy Rose was that guest that really broke all the kayfabe things in WWE. They’ve been spending time together as good friends whereas, on TV, they were bitter enemies.

Some do believe that Sonya Deville and Mandy Rose ruined the legitimacy of their WWE storyline and Jim Cornette is one of them.

The former WWE creative head spoke about this om his Jim Cornette Experience podcast. Cornette said that both Mandy Rose and Sonya Deville should be fired for breaking kayfabe. He sounded pretty old school with these comments but then again superstars do maintain the kayfabe rivalry in real life for the sake of their TV character and storylines.

In reality, Mandy Rose lives in Fort Lauderdale and she was staying with Sonya Deville in Orlando as WWE has required their superstars to be in Orlando for TV episode filming purpose.

So the company neither even fined Sonya Deville and Mandy Rose. We’re in a different era of professional wrestling but they were hiding their off-screen friendship as much as possible. It wouldn’t have come out if it wasn’t for the stalker.