WWE Smackdown awaits a massacre, this week as a beast is about to be unleashed. For the first time since his suspension for putting his hands on WWE Official, Brock Lesnar is coming back on Friday nights, earlier than expected. The question is whether this comeback affects Sami Zayn’s future title shot and we are likely to find out answers when this week’s Smackdown emanates from the AT&T Center in San Antonio, Texas.

During the post-Survivor Series edition of WWE SmackDown on FOX, it was announced that Brock Lesnar will make his return from the indefinite storyline suspension. WWE previously played an angle where Lesnar attacked crew members and Adam Pearce during the October 22 SmackDown to write off Lesnar as he was angry over getting scre**d by The Usos to WWE Universal Champion Roman Reigns at Crown Jewel. This led to Pearce issuing a $1 million fine to Lesnar, and suspending him indefinitely.

WWE continued that Lesnar suspension storyline at the Survivor Series 2021 pay-per-view and then on last week’s WWE Smackdown as rumors continued around the suspension. Then Kayla Braxton was informed at the end of the show that it was officially lifted and that he will be back on TV, this week. Going by the storyline, he will go right after Reigns and Co.

It was then when Kayla entered the ring to congratulate him and interview Sami, but then she interrupted with the breaking news of Lesnar’s suspension being lifted. Now the popular belief is that The Beast Incarnate will smash Sami and take away his title shot, right after he comes back. WWE hasn’t also confirmed when Zayn vs. Reigns for the title will take place. 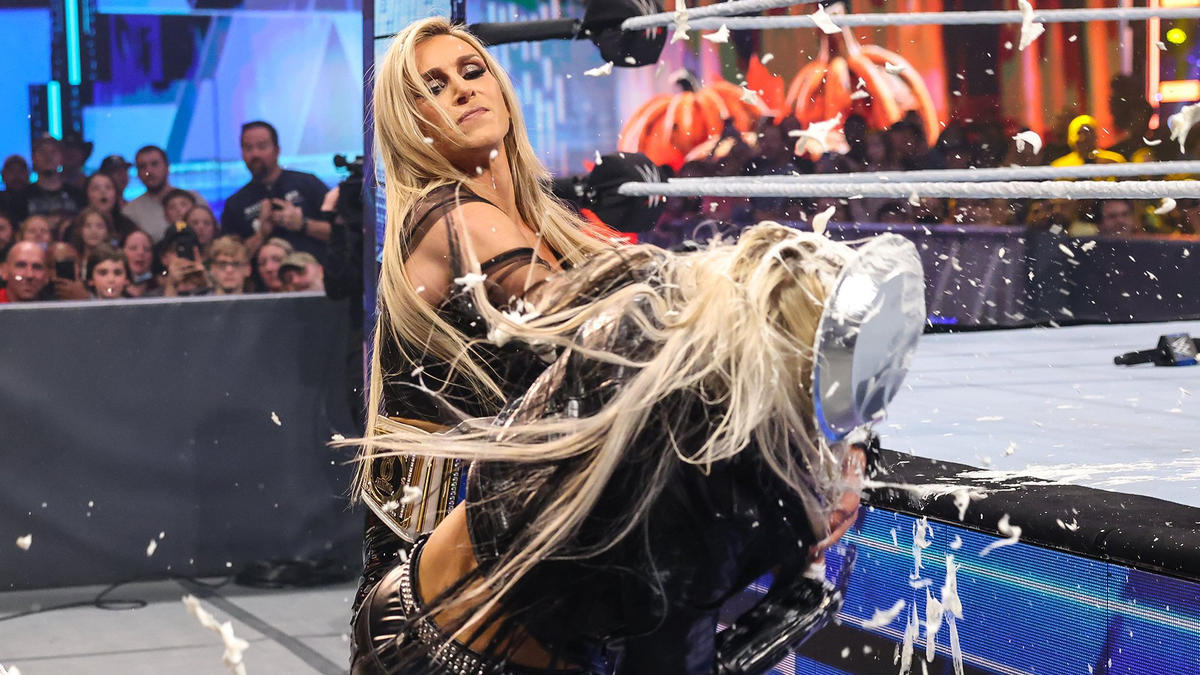 The championship storyline between WWE Smackdown Women’s Champion Charlotte Flair and Toni Storm will also continue. The latter is gunning for a title shot for the past few weeks. She dared to confront Flair for one more time, ensuing a physical fight.

The champion stood tall as she pie-faced Storm not once but twice and left her in a humiliating state. The former NXT UK Women’s Champion will now come for retribution who is likely to receive a title shot, sooner than later given that the feud has become tense.

Smackdown – Charlotte Flair Explained The Meaning Of Her Recent Tattoo