The Road to Royal Rumble has begun and SmackDown is obviously a key part of it. The title match from the blue brand for the upcoming PPV event is now official which is pretty unprecedented. The champion is scheduled to have a face-off with the champion while another big match featuring his cousin has been announced for the show that takes place at the Tropicana Field in Tampa Bay, Florida.

Roman Reigns will be defending his Universal Championship against WWE Producer Adam Pearce at the Royal Rumble on January 31. Now, the Universal Champion will again confront the new number one contender on this week’s SmackDown. The segment was announced in an ad during NFL coverage on FOX of the Los Angeles Rams and Seattle Seahawks game.

Now, WWE has also released a vignette on YouTube to promote the same segment. Perhaps, something more could be in-store when The Tribal Chief appears on SmackDown. Many of the fans don’t want to believe that Pearce isn’t the exact one who is getting the title shot since he isn’t a top performer.

Chances are pretty high that Kevin Owens makes his return on the show and takes his rightful spot as the challenger since Jey Uso always interfered in his one-on-one title opportunities.

Charlotte Flair Blasts WWE Fans Who Think She Is Entitled

As seen on last week’s episode of Friday Night Smackdown, Shinsuke Nakamura put on a tremendous performance in the number-one contender’s Gauntlet match. Nakamura overcame three opponents Rey Mysterio, King Corbin, and Daniel Bryan in the match before Roman Reigns and Jey Uso came out and destroyed Nakamura. This was the reason why Adam Pearce pinned him for the win.

Shinsuke Nakamura is now looking forward to getting his revenge on Uso and Reigns and he will get the chance when he takes on Jey Uso in a singles contest. This match was made official during an episode of Talking Smack which appears to be the first match between The King Of Strong Styles and one half of the Uso Twins. It’s almost certain that Roman Reigns could get involved in the match so that Uso can get the upper-hand. 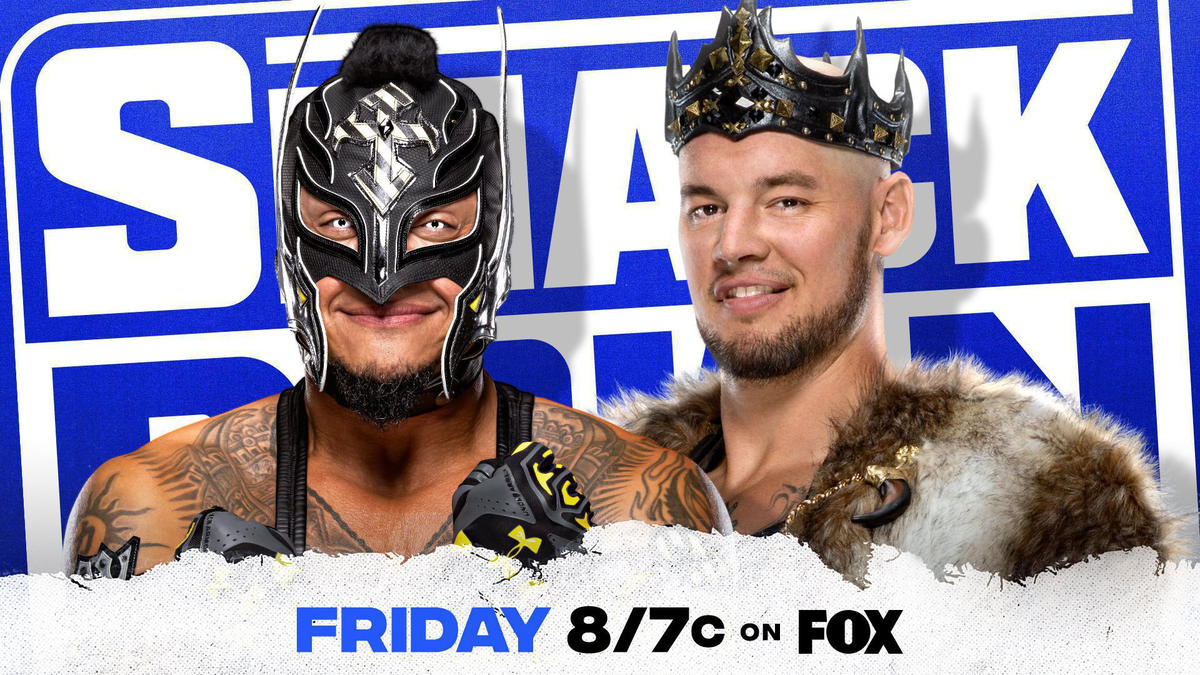 King Corbin started a new feud on SmackDown when he attacked the Mysterios this past Friday night. Now, The Master of the 619 will have an opportunity to get payback against Corbin as they are scheduled to go one-on-one, this week. The Ultimate Underdog will have Dominik by his side while Corbin’s Knights must be nearby to level the score.

A huge title change took place last week when the SmackDown Tag Team Championships changed hands, all of a sudden. Montez Ford of the Street Profits was hurt which ended up being fatal. Using that as an advantage, Dolph Ziggler and Robert Roode hit a Spinebuster on him into the Zig Zag to capture the belts.

The new champions showed no mercy to the former champions as they pushed them out of the ring, afterward. It is certainly an indication that the feud over the titles will continue.

SmackDown Women’s Champion Sasha Banks was absent from SmackDown, last week at a point when she was declared the number one wrestler in the world by Sports Illustrated. Her current rival Carmella appeared through a backstage promo to continue the rivalry against The Boss.

The Untouchable One already has another pinfall victory against the champion who is getting ready for a rematch over the title. Could it be happening at Royal Rumble 2021? We’ll find out the answers when this week’s show airs from the ThunderDome.