A week after the historic Madison Square Garden edition, SmackDown will continue the buildup for the upcoming PPV event, Extreme Rules. Roman Reigns and his Universal Championship remains the central point of the show toward which a Demon is now coming after. Also, there will be fallouts from last week’s when WWE’s blue brand returns with the latest episode from the Thompson-Boling Arena in Knoxville, Tennessee.

WWE Super SmackDown on FOX from MSG saw the return of Finn Balor’s alter-ego, The Demon. It also marked the return of Brock Lesnar on the blue brand and both these men are focused on getting their hands on the Universal Championship possessed by Roman Reigns.

Roman Reigns, Paul Heyman, and SmackDown Tag Team Champions The Usos were dominated by The Beast Incarnate in the opening segment of the show. Lesnar also challenged Reigns for the Universal Title and that match will be happening at Crown Jewel 2021. But for now, Balor’s Demon King has received a title shot at Extreme Rules 2021. A couple of weeks ago, Reigns defeated Balor in a singles contest to retain his title but that win wasn’t a clean one due to interference by The Usos. As a result, he received the rematch over the title.

Then following the main event match of Super SmackDown between The Usos and The Street Profits, we witnessed the return of the Demon avatar of Balor after a hiatus of almost two years. The Demon hit the ring and faced off with Reigns as fans cheered to sent MSG show off the air. We bet there will be consequences, this week from that segment.

Speaking of last week’s main event, The Usos retained their SmackDown Tag Team Titles against Street Profits but that happened as a result of a disqualification after Reigns hit the ring and attacked Ford and Dawkins. Reigns also punished Ford with the Guillotine Chokehold submission as it appears a rematch for the tag belts should be waiting at Extreme Rules with some sort of stipulations. 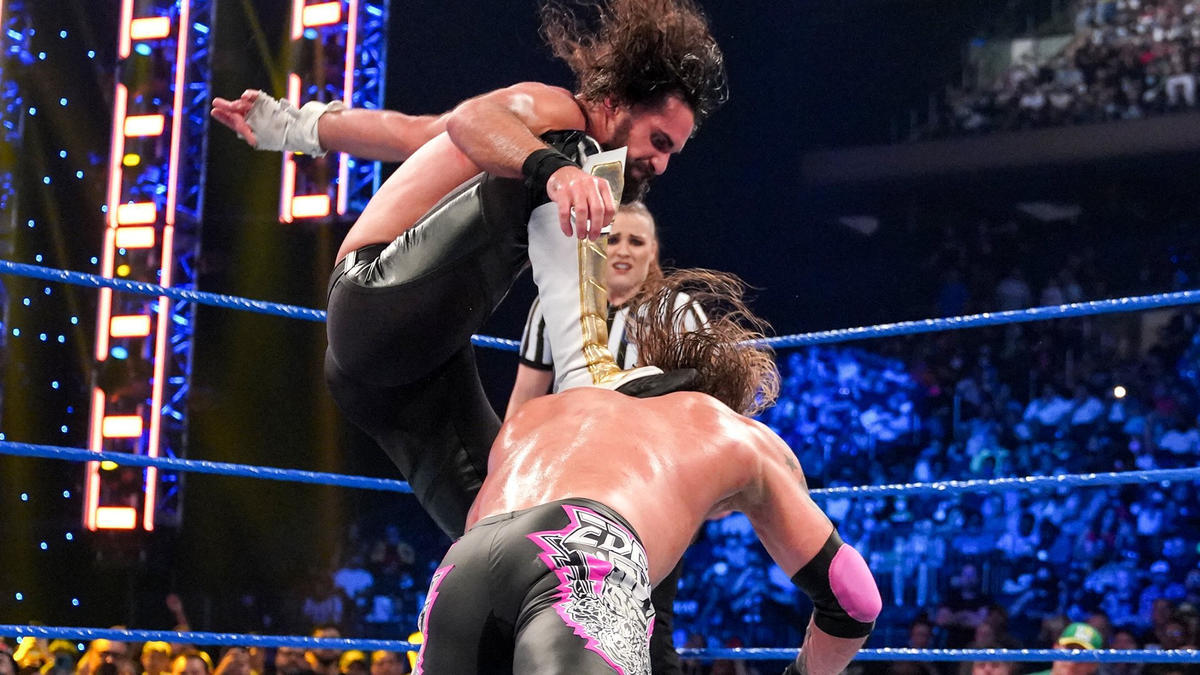 Seth Rollins defeated Hall of Famer Edge in a rematch from SummerSlam at the MSG episode of SmackDown. Not only that, but the Curb Stomp from him also sent the Rated-R Superstar, straight to the hospital. The question remains whether this has sent Edge to a hiatus, for now, or another rematch against Rollins will be waiting at Extreme Rules 2021.

A match from the women’s division with the lineup being Carmella and Zelina Vega vs. Liv Morgan and Toni Storm was reportedly taken out of the MSG card as Edge vs. Seth Rollins went overtime. All the superstars of that match was really frustrated as we hope the match gets placed on this episode of SmackDown. Also, a segment to continue the rivalry between Kevin Owens and Baron Corbin was also put aside due to time constraints which should be out back on the card on the latest episode from WWE’s blue brand.