This week’s SmackDown aired with a contract signing segment featuring the two FastLane main-eventers. Sasha Banks and Bianca Belair were set to appear on The Kevin Owens Show. Also, Intercontinental Champion Big E returned after three weeks of hiatus when the show aired from the Tropicana Field in Tampa Bay, Florida. Check out the results, 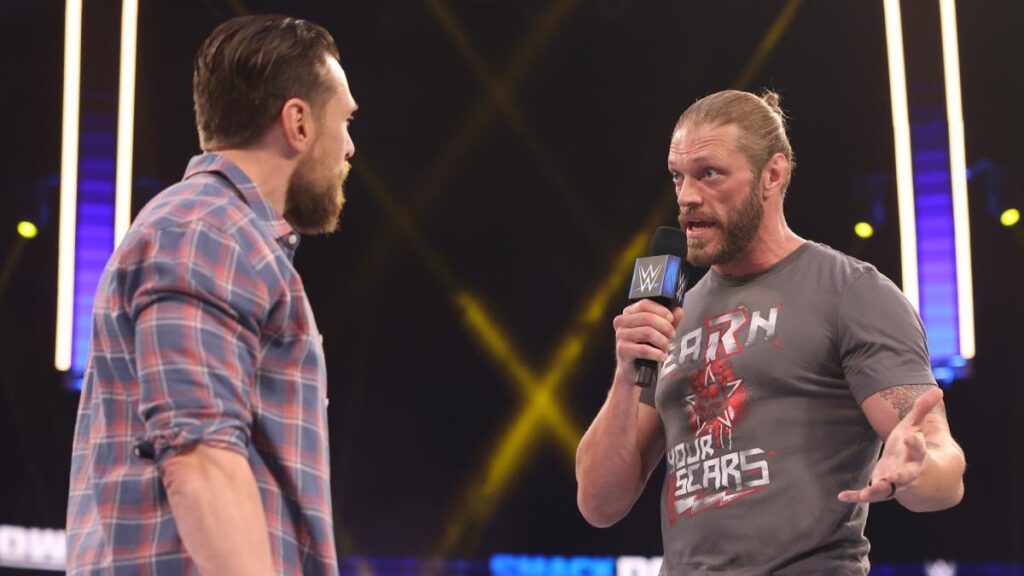 Royal Rumble match winner Edge opened this week’s SmackDown by cutting a promo about his Hall of Fame career and addressing Daniel Bryan’s techniques to get to Fastlane. Bryan eventually arrived at the ring to have a confrontation with Edge which ended with the latter one saying how he’s not better than the Hall of Famer.

The Street Profits, Rey Mysterio and Dominik Mysterio vs. Otis, Chad Gable, and SmackDown Tag Team Champions Robert Roode and Dolph Ziggler was the first match of the night. Rey and Dominik hit a double 619 on Roode after Rey leaped off on Otis on the floor. Montez Ford then hit the big splash on Roode to pick up the win.

A video aired where WWE Women’s Tag Team Champions, Nia Jax and Shayna Baszler took Reginald shopping. Nia apparently had a love for him in the eyes while Baszler was getting bored. 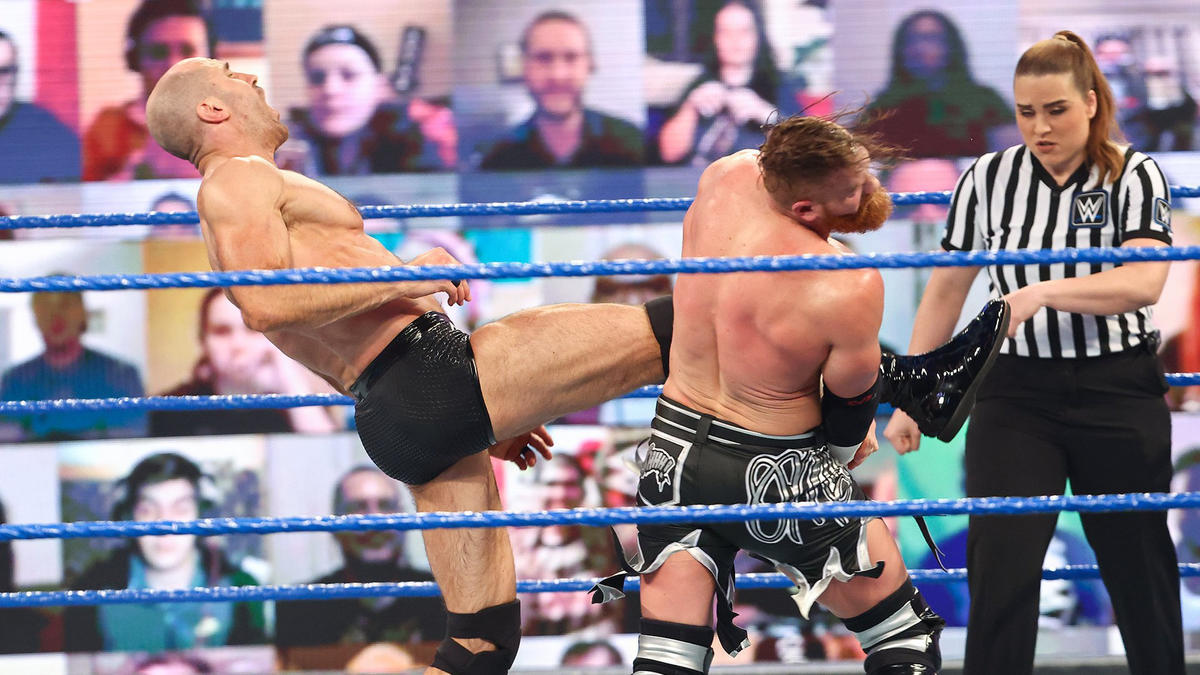 Cesaro vs. Murphy rematch on SmackDown was disqualified as Seth Rollins interfered. The Cesaro Swing was in full force when Rollins entered the ring and hammered away at Cesaro. The Messiah delivered two stomps before delivering some chair shots. Rollins was looking to deliver another stomp but a WWE official stopped him from doing so. 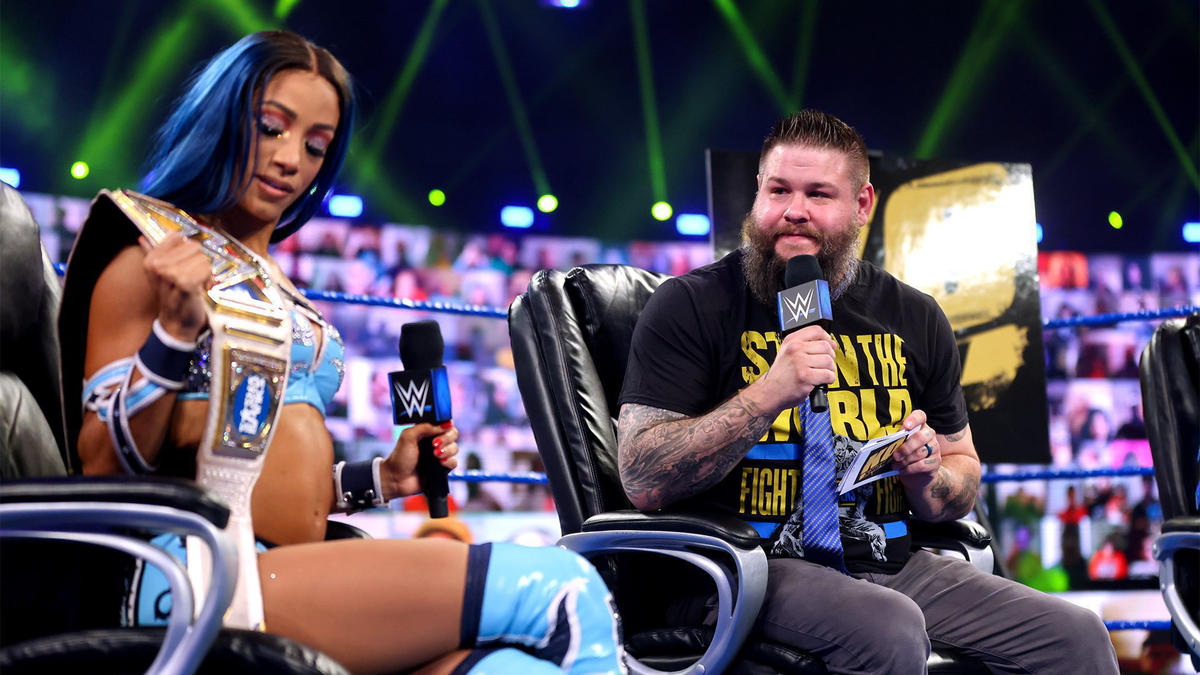 Kevin Owens Show had Bianca Belair and Smackdown Women’s Champion Sasha Banks as the special guests while talking about their tag team title opportunity. But soon after they showed some bad blood over the upcoming WrestleMania 37 encounter between the two of them. Soon the Women’s Tag Team Champions Nia Jax and Shayna Baszler arrived at the scene. 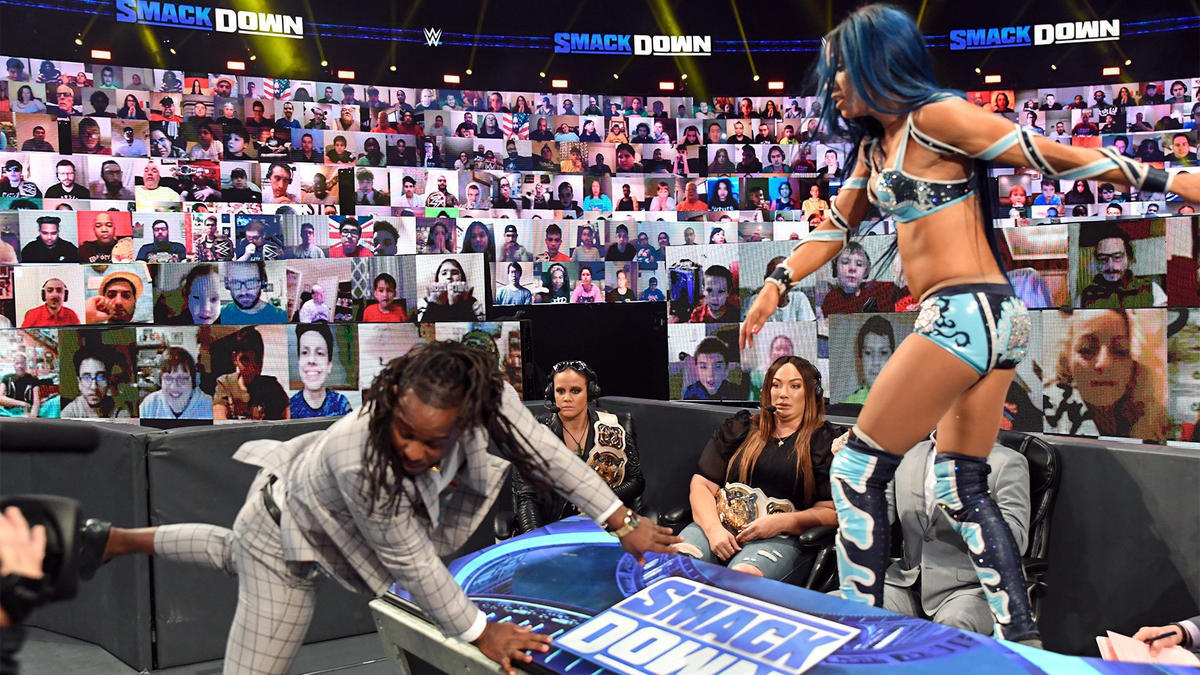 Tamina Snuka and Natalya vs. Sasha Banks and Bianca Belair was the next scheduled match on SmackDown with Jax and Baszler watching from ringside. Banks focused on chasing Reginald around the ring as Natalya took advantage by hitting a clothesline. Sasha was sent to the floor as Beliar sent Natalya to the floor. Tamina came from behind and rolled up Beliar for the win.

Big E was back on SmackDown who called out Apollo Crews for retribution purposes. Instead, King Corbin and Sami Zayn appeared as E told them that the first one to enter the ring will get a title shot, right there. Sami ran down and got a belly-to-belly Suplex from E. 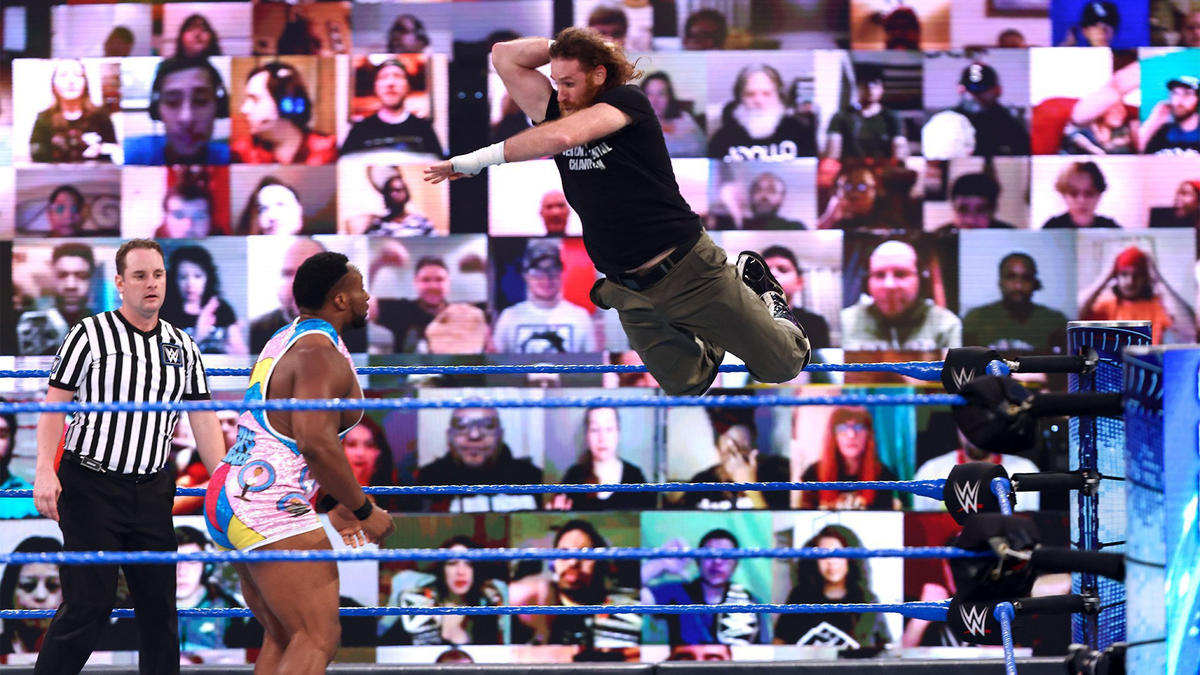 Afterward, E did compete in an IC Title Match against Sami as he successfully defended the belt after hitting Sami with the Big Ending. Apollo Crews then attacked E from behind and executed two Angle Slams. He then brought a steel ring step and took out E with it.

In the main event segment, Daniel Bryan and Roman Reigns signed the contract to make their Fastlane Title Match official. A special enforcer was needed for the match with high stakes and Hall of Famer Edge was introduced. Edge proposed something better as he and Jey could go to a battle next week on SmackDown and the winner will be the Special Enforcer at Fastlane. 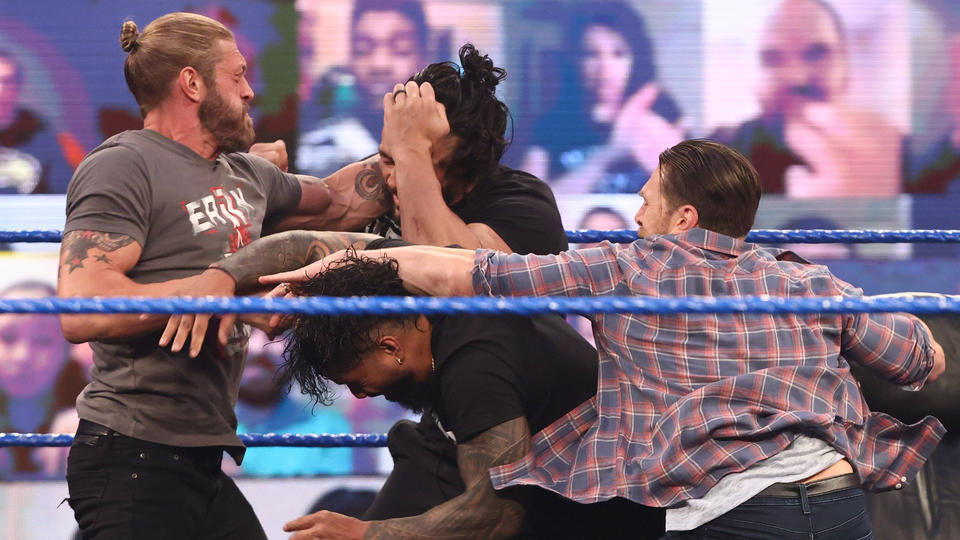 Adam Pearce agreed and made the match official for next Friday on SmackDown. A brawl broke out in the ring as Edge and Bryan worked together to take Reigns and Uso out of the ring. Suddenly, Edge received a Running Knee from Bryan to go down. Bryan led a YES chant to end the show.