Adam Pearce signed the contract for Royal Rumble for a No Disqualification Match but Roman Reigns wanted to make it a Last Man Standing Match, instead. So he wanted Pearce to sign the contract again.

Natalya then took on Liv Morgan on SmackDown where Tamina and Billie Kay was present at ringside. Liv dropped Nattie with her knees when Kay started yelled at the referee. Tamina scared her and sent her inside the ring. Natalya took advantage and rolled up Liv for the win. 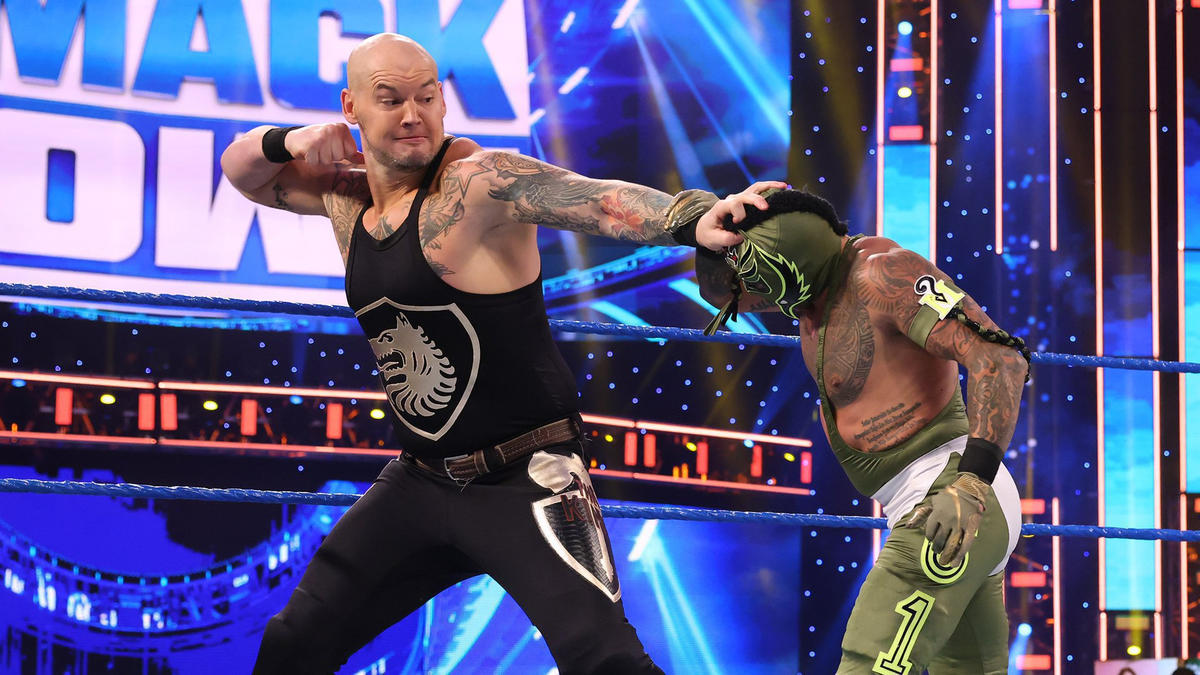 Rey Mysterio vs. King Baron Corbin was the next match on SmackDown where Mysterio missed a 619. Corbin hit him with a Deep-Six and met Dominik at ringside with a right hand. Dominik re-entered the ring to confront Corbin but Rey stopped him. Corbin hit the End of Days from behind to pick up a win.