A stacked episode of SmackDown aired last night where Roman Reigns and Jey Uso teamed up in the main event. Sasha Banks returned on the show after suffering the attack from Bayley, two weeks ago. AJ Styles battled Sami Zayn in singles action while A Moment of Bliss also went down from the show that aired from the Amway Center in Orlando, Florida. Check out the results,

The Miz and John Morrison opened SmackDown hosting the Dirt Sheet that was interrupted by Otis. He unloaded on both of them as Miz was the one to send his girlfriend Mandy Rose to Raw. Otis delivered a Caterpillar followed by the Vader Bomb before ripping off Miz’s clothes and leaving him in shorts. 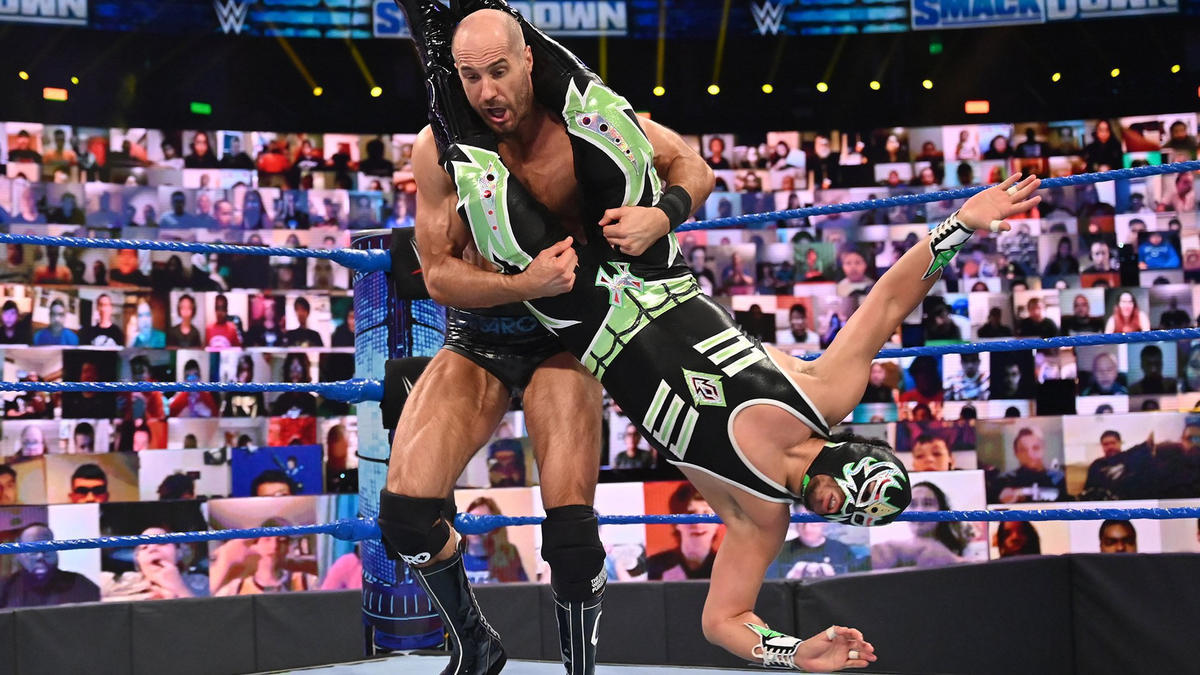 Gran Metalik vs. Cesaro was the first match of SmackDown where Metalik had a near fall after hitting a Hurricunrana on his opponent. He went for a top rope moonsault but Cesaro caught him with the uppercut and connected with the Neutralizer for the win.