This week’s SmackDown aired with a major WrestleMania match confirmation for the Women’s Title. Rey Mysterio went for retribution against Otis and Gable. Also, the title picture was shaken up with Daniel Bryan willing to leave a message to Roman Reigns. Check out the results from the show that aired from the Tropicana Field in Tampa Bay, Florida. 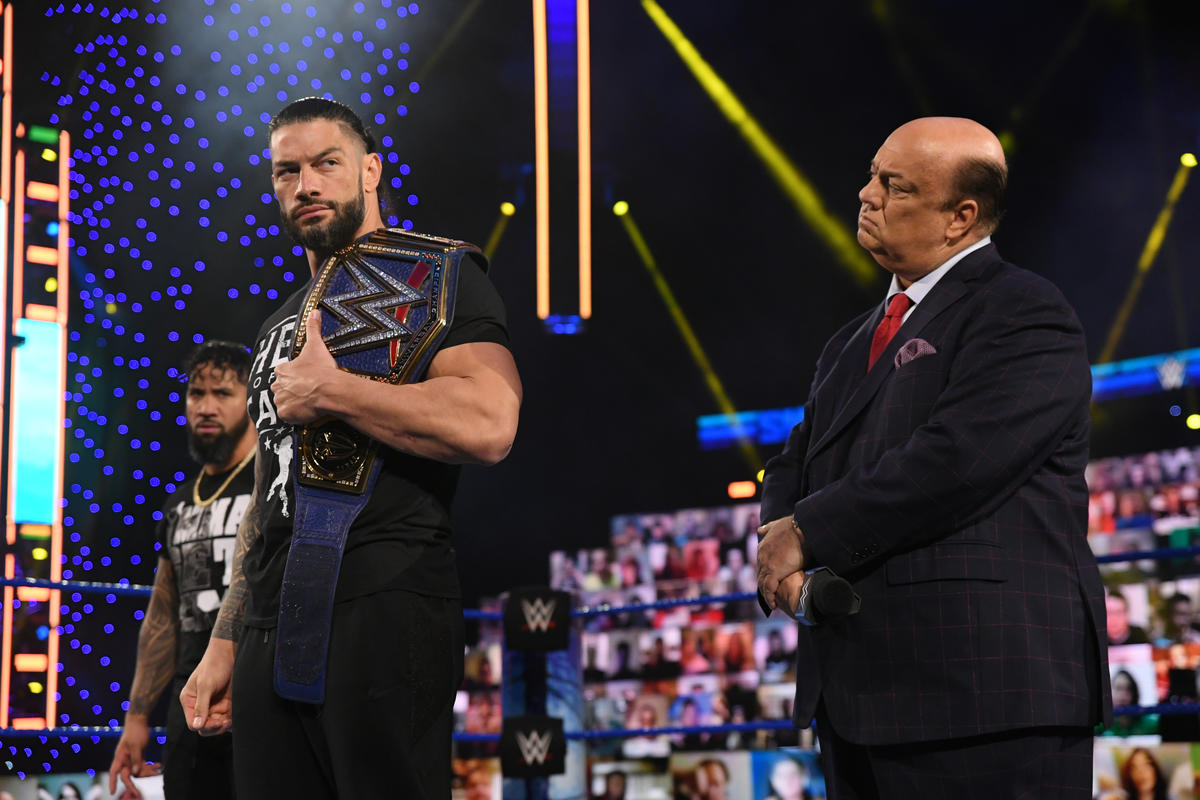 Roman Reigns opened things on SmackDown to cut a promo on Edge’s WrestleMania challenge. He didn’t really want to hurt a man like Edge and advised him to go home. Daniel Bryan interrupted and mentioned how things were unfair for him at Elimination Chamber. He wanted another title shot and Jey Uso said Bryan had to defeat him in order to receive that. Jey sent Bryan out of the floor and stood tall with Reigns.

Lana Leaves Motivational Message For Herself In Blue Bikini Photos

Hall of Famer Edge was shown, backstage as he mentioned to Adam Pearce that he was ready to take on Roman Reigns and Jey Uso at Fastlane teaming with Daniel Bryan. But it seems Bryan vs Uso will go down, later the night with the winner facing Reigns at Fastlane. 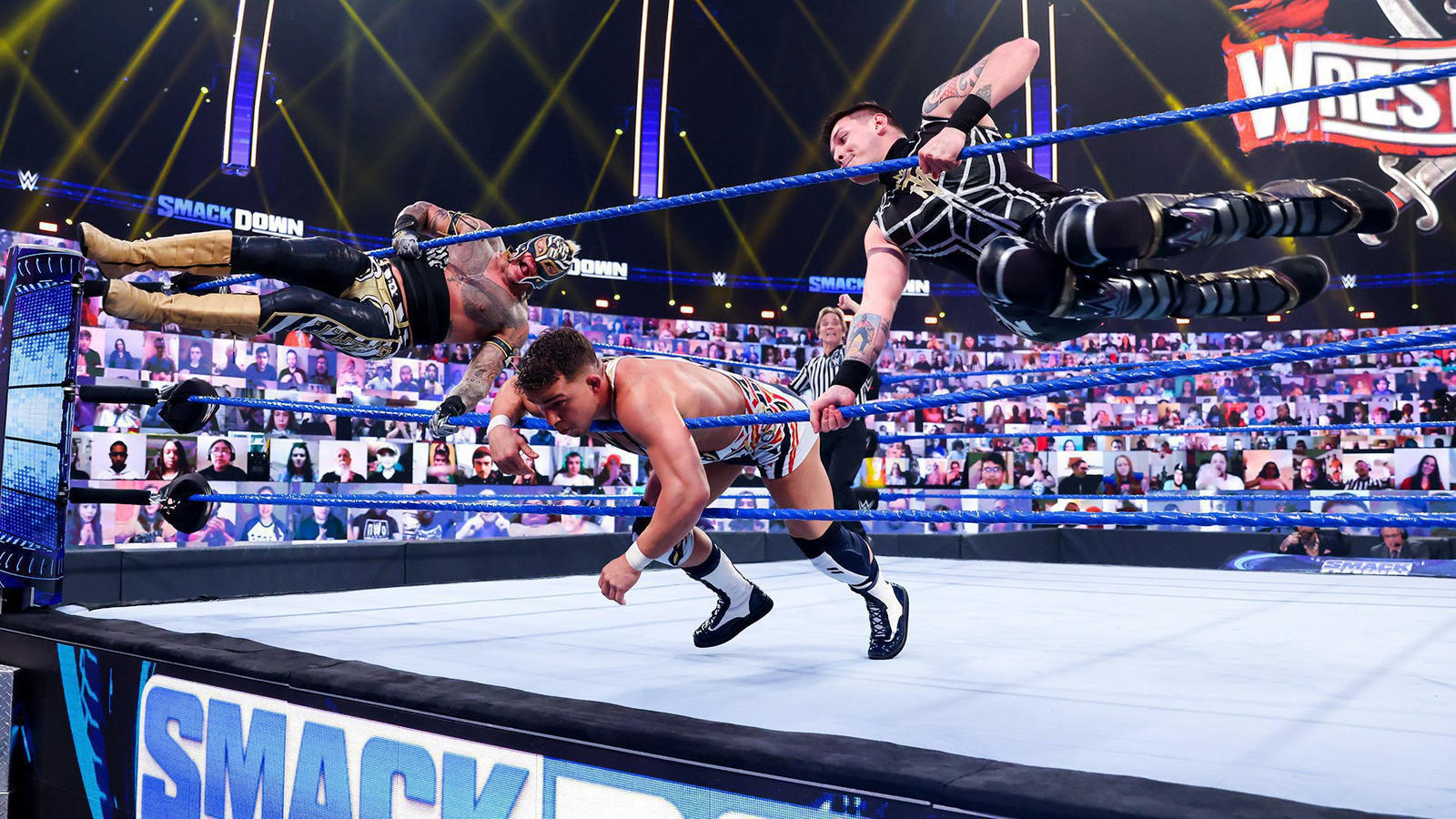 Rey Mysterio and Dominik Mysterio vs. Otis and Chad Gable was the opening contest of SmackDown. Mysterios dropped Gable with double 619s but Otis made the save. He dropped Dominik out of the ring before slamming Rey to the mat. Otis delivered the flying splash for the win.

Apollo Crews cut a heel promo before competing in a singles contest against Shinsuke Nakamura. He had new ring attire which he used for laverage to get out of the Sleeper submission hold by Nakamura. Crews sent Nakamura into the corner before hitting him with the Angle Slam for the win.

Tamina Snuka vs Liv Morgan was the next match on SmackDown where Natalya and Ruby Riott were watching from ringside. After hitting a missile drop-kick on Tamina, Liv missed a charge-in into the corner. Tamina caught her with a Samoan Drop followed by a tilt-a-whirl side slam for the pin to win. 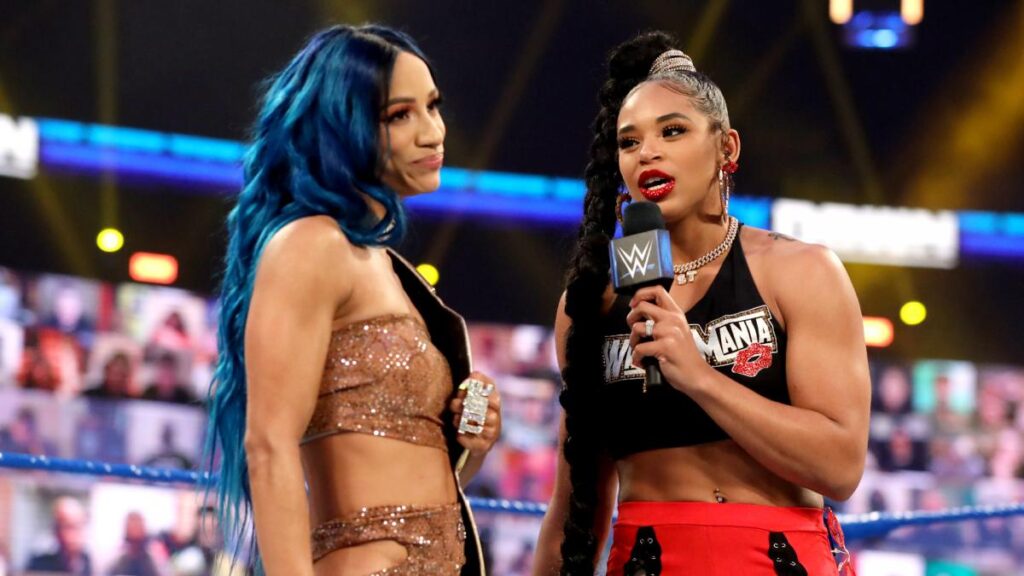 Bianca Belair was about to make the announcement on her WrestleMania 37 opponent when Carmella’s sommelier Reginald came out. He warned her before choosing SmackDown Women’s Champion Sasha Banks because her dream could turn out to be a nightmare. Banks finally appeared and claimed that she is the number one on the roster. Belair officially chooses her before mentioning how she intends to take that title away from her at WrestleMania.

The Street Profits vs. Sami Zayn and King Corbin was the next match on SmackDown. The two babyfaces worked together to send Corbin out of the ring. Dawkins hit Sami with a big Neckbreaker before Ford hit the Cash Out Frogsplash to pick up an easy win.

Seth Rollins came out on SmackDown to talk about his leadership qualities. Cesaro came out and he went on about how the two of them can work together to build an unstoppable force. Cesaro answered by catching him with a Cesaro Swing for some time before dropping him with an uppercut. 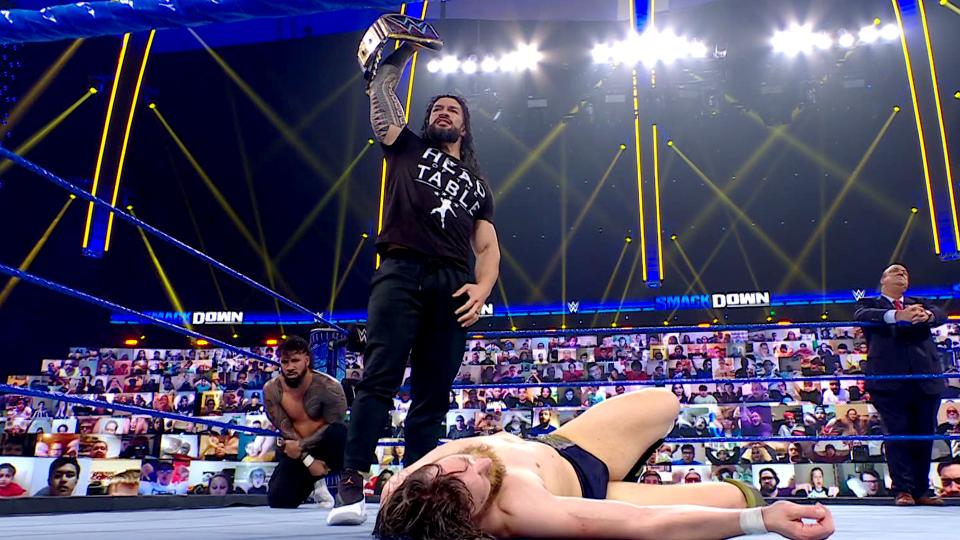 Daniel Bryan vs Jey Uso was the main event of SmackDown with the stipulation that if Bryan wins, he gets a title match against Roman Reigns at Fastlane. The match was counted out as the two missed to get into the ring within the referee’s ten-count. Roman Reigns came out to help Uso as he attacked Bryan. He leveled Bryan with a Spear followed by the Guillotine Chokehold submission hold to end the show.