Roman Reigns is currently enjoying the longest reign with the Undisputed WWE Universal Championship on WWE Smackdown. After smashing literally everybody for the past couple of years, now he’s not regularly appearing on the blue brand. But WWE did book him for the next championship defense and he will be there, next week to promote the match.

WWE Smackdown already has a couple of matches and segments set for next week and the headliner is none other than the Undisputed WWE Universal Champion. WWE announced that Roman Reigns will come face-to-face with his current challenger Drew McIntyre ahead of their big title bout at Clash at the Castle. 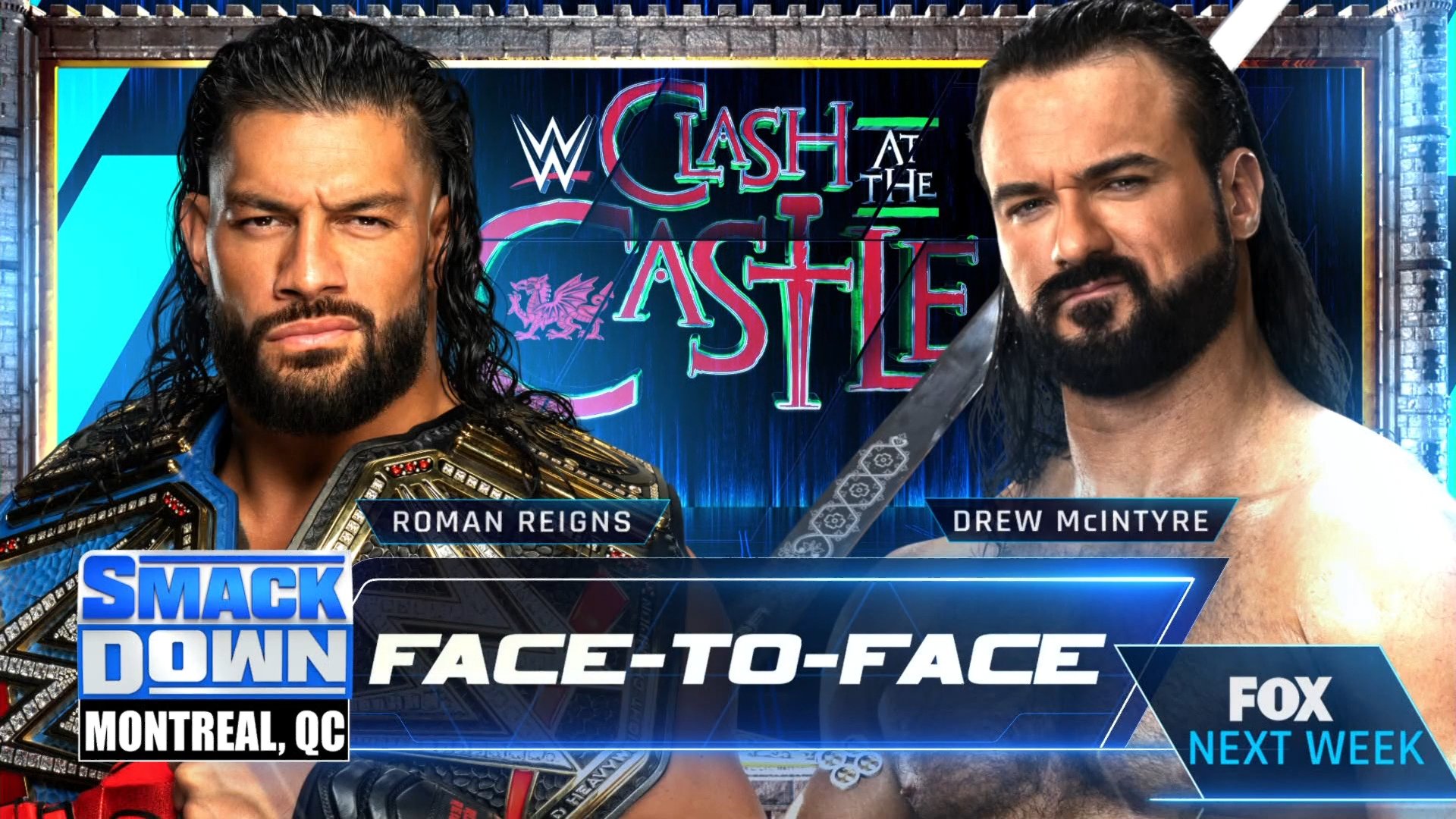 McIntyre defeated Sheamus a few weeks ago on WWE Smackdown to get the title match opportunity in his home country of the United Kingdom. Many believe that he will be the one to dethrone Reigns from his longest reign and we will see how the Scottish Warrior looks forward to sending a message to the Tribal Chief when he goes into a confrontation with him.

Drew McIntyre To Bring Back Old Theme At WWE Clash At The Castle 2022?

WWE Smackdown to have the top champion in attendance

McIntyre was also in attendance on this week’s WWE Smackdown in a promo segment where he said that Roman Reigns wasn’t there to no one’s surprise. He also said that after Clash At The Castle he will gladly deal with Karrion Kross for the ambush from last week.

Kross’ valet Scarlett then appeared at ringside to distract him as The Usos attacked McIntyre from behind. McIntyre later got the payback as he and Madcap Moss defeated The Usos in a tag team match.

In more news for next week’s WWE Smackdown, the Women’s Tag Team Championship Tournament will continue. NXT’s Nikkita Lyons and Zoey stark will make their main roster debut when they go up against the team of Natalya and Sonya Deville to book a spot at the semifinal. Also, The Viking Raiders will host some kind of funeral for The New Day on the show.

The August 19th edition of WWE SmackDown will emanate from Bell Centre in Montreal, Canada. This will serve as the second last episode from the blue brand before WWE Clash at the Castle takes place on September 3rd. The current match card for next week’s episode stands as follows,

Viking Funeral for The New Day