Carmella is one of the hottest female WWE Superstars of the current roster and she doesn’t leave any chance to sizzle on-screen. After a hiatus from TV in the mid-2020s, she was back in a brand new avatar while showcasing the sexier side of her. Although her heel ethics were praised a lot, she has been unable to pick up the Women’s Title.

With not much have to do on SmackDown television, she’s taking the social media route to keep herself relevant for the WWE Universe. Carmella posted a number of gorgeous photos on Instagram in the past few days, sharing quite the self-love. Apparently, she has been loving her hair who couldn’t resist giving a glimpse of it.

“It’s the healthy hair for me.” 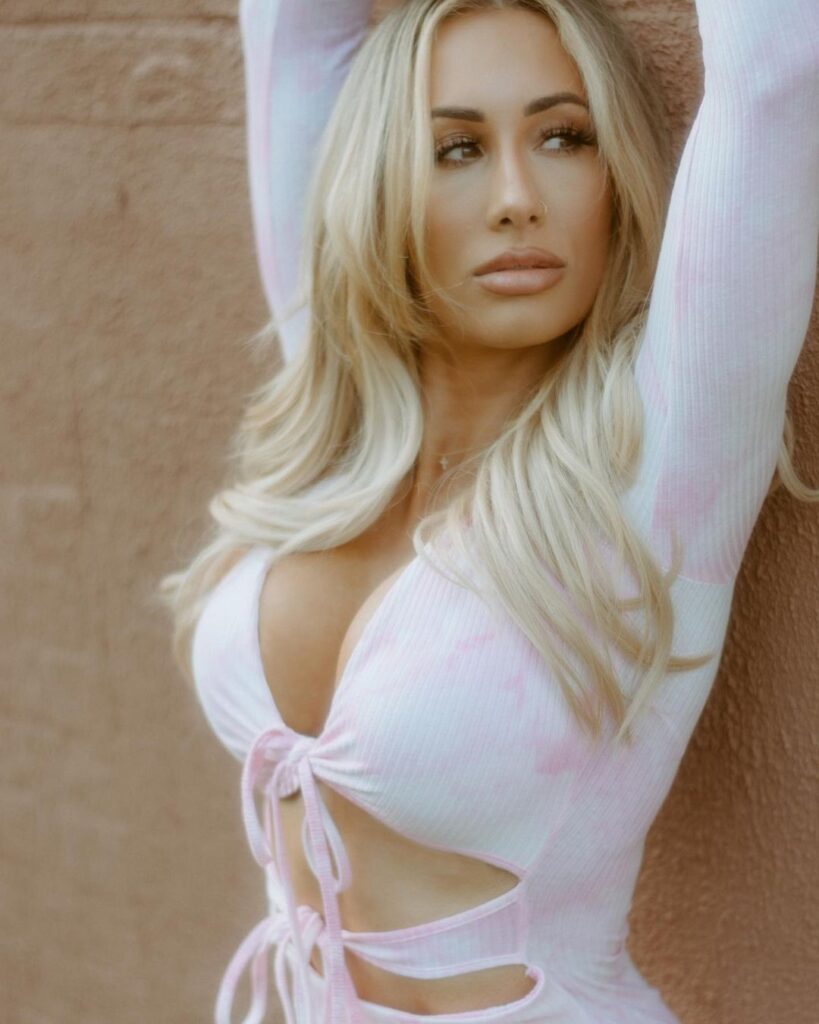 Carmella absolutely sizzled at this year’s WrestleMania donning a money look. The bralet she wore eventually also forced her to suffer a nip slip. But like her fanbase, she’s also not over with the look who shared another photo in that ring gear,

“Because I’m still not over with this look.” 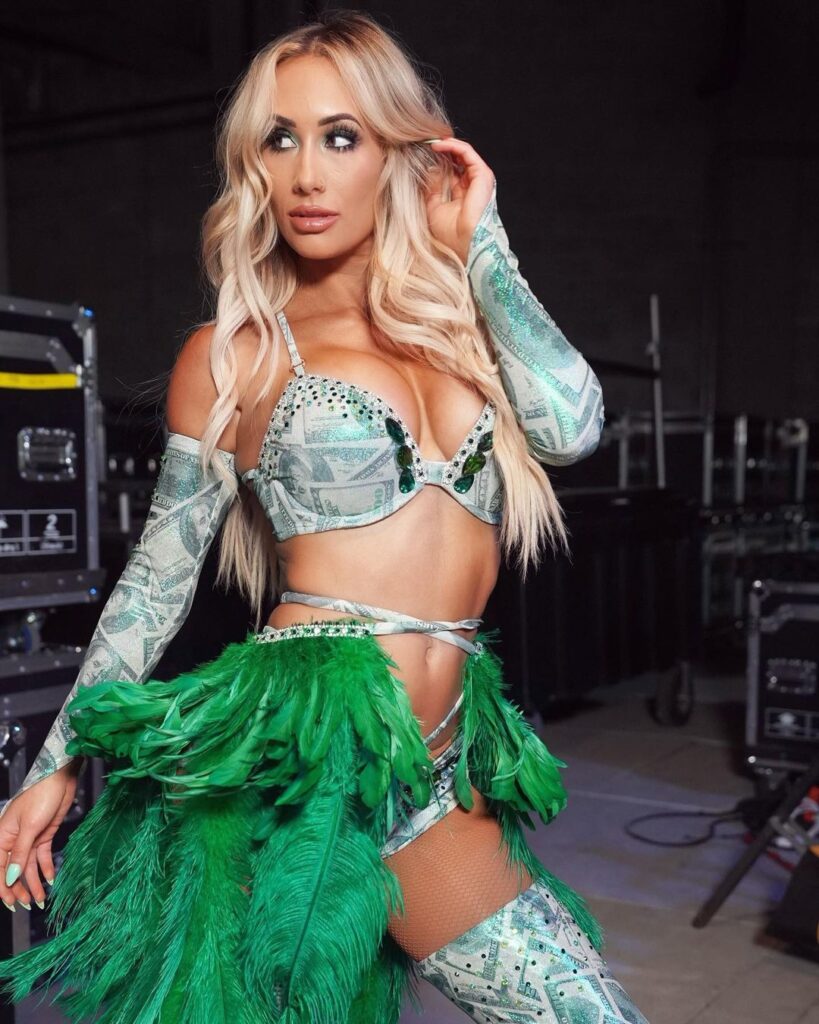 The former SmackDown Women’s Champion also tried to capture a mirror selfie and she was successful in doing so but not before her pets were judging her,

“My attempt at a kneeling down mirror selfie. My pets were judging me the whole time. I’m judging myself. I could never be an influencer” 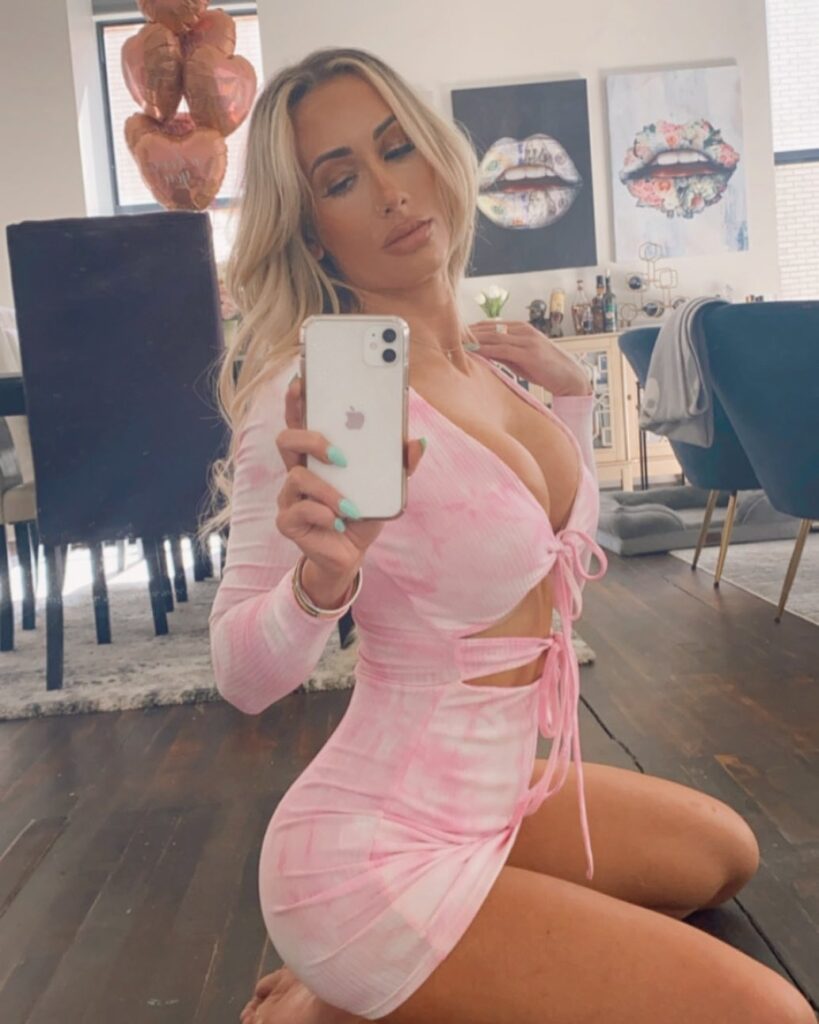 Another recent photo of Carmella had the caption, “I was not made to be subtle.”

The Princess of the Staten Island has also been very much vocal on WWE’s lack of planning around the Women’s Division, especially on Raw. Mickie James recently noted how WWE never saw women’s wrestling as a money-maker which became a huge topic of discussion. 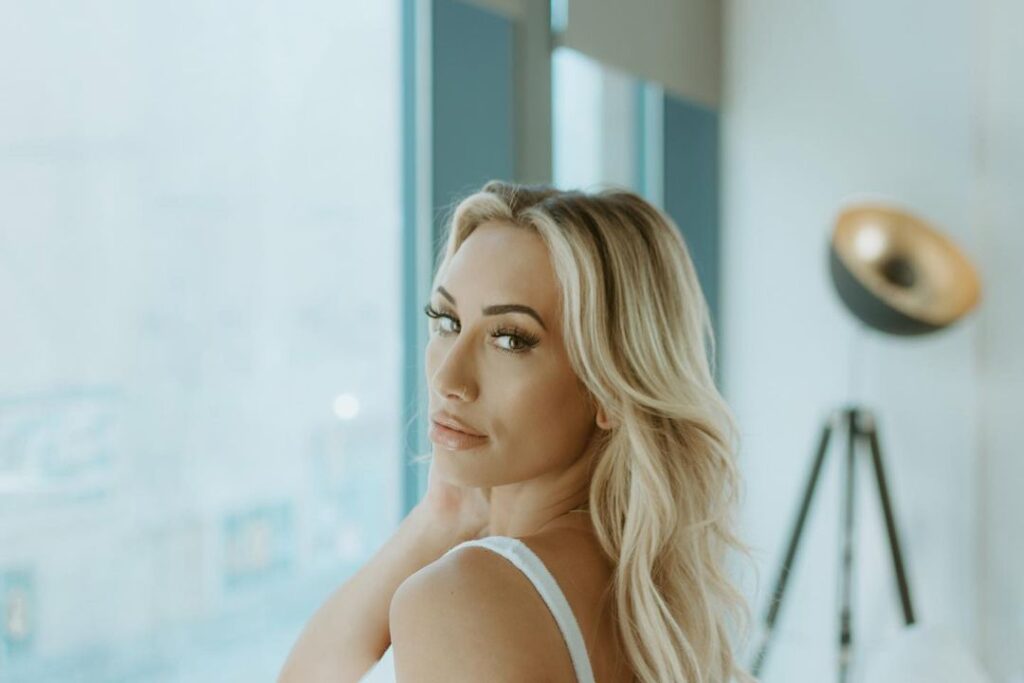 Now, while speaking on The Bellas Podcast, Carmella criticized WWE for not focusing on female WWE Superstars. She mentioned that it’s “not okay” to have only a couple of female Superstars to get the focus with only one major storyline for the women on the show while WWE RAW is a three-hour-long show.

“Even, myself, I would sit at home and watch RAW and it would be 10 PM before I would see a woman on the show,” said Carmella. “It’s like, ‘this is a three-hour show. What the hell?’ Even if I’m just a fan, which I am. Like if I didn’t work at WWE and I was just sitting at home watching, I want to see the women.

That’s why I tune in. If I’m waiting until 10pm to see a girl, it’s like, ‘what the hell?’ That’s not okay for little girls at home or whoever is watching waiting for the women. It just feels like oh, now, there’s only a focus on maybe two women or one women’s storyline.” (Quotes courtesy Fightful)