It’s been months that we have been accustomed to seeing WWE programming without the familiar face of Renee Young aka Renee Paquette. The one who was said to be a pioneer in the professional wrestling industry has departed WWE in the summer of 2020 that appeared to be heartbreaking news for most of the fans.

Following the departure, Renee Young also got pregnant within months. The news was broken in a strange way by her husband Jon Moxley during a promo session on AEW TV. Now the former WWE employee was down for a photoshoot with this baby in her belly. 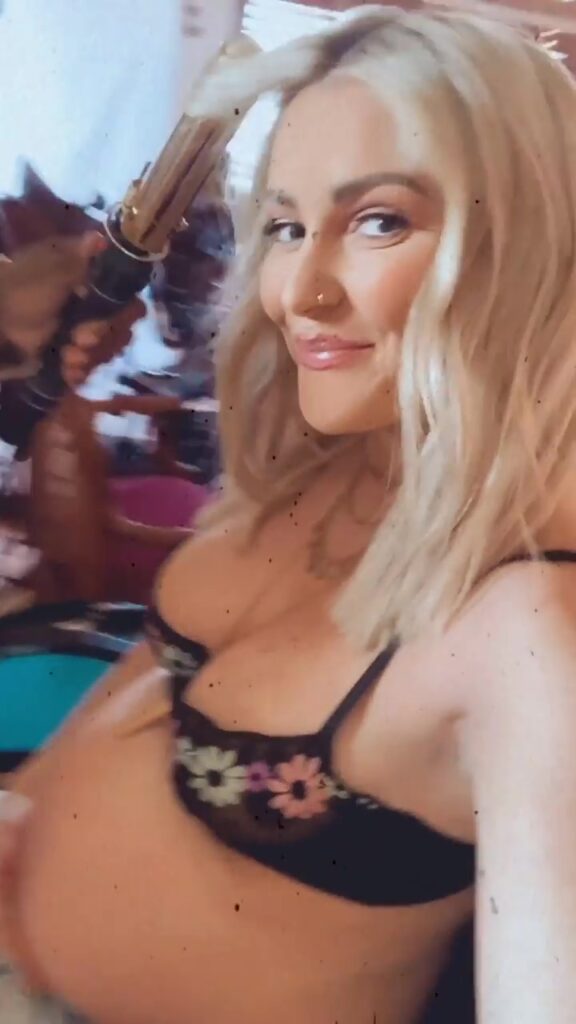 Some of the BTS photos and videos were shared by the Canadian journalist in lingerie clothes as she was perhaps trying to showcase the changes in her body. You can check out the shots given throughout this article as we expect more media from the shoot on social media in the upcoming days.

The unique qualities of Renee Young were universally liked both inside or outside the WWE Universe which is rare, these days. She hasn’t revealed what could be next for her in her career but she’s free from the rules and regulations to be maintained in WWE. Now she’s talked about how she feels “on the outside” when she joined The Bellas Podcast.

“It’s weird, but it’s good now. I think I kinda came to terms where I was like, ‘It’s time for me to go. I’ve done everything that I could possibly do here.’ I had a great run and it was awesome. But for the other things I wanna do in my career, I just didn’t see it happening there,” admitted Renee Young.

“Just with everything and the way that it lined up with the COVID stuff and me getting sick – not that that had anything to do with my decision – but everything was weird for a while.” 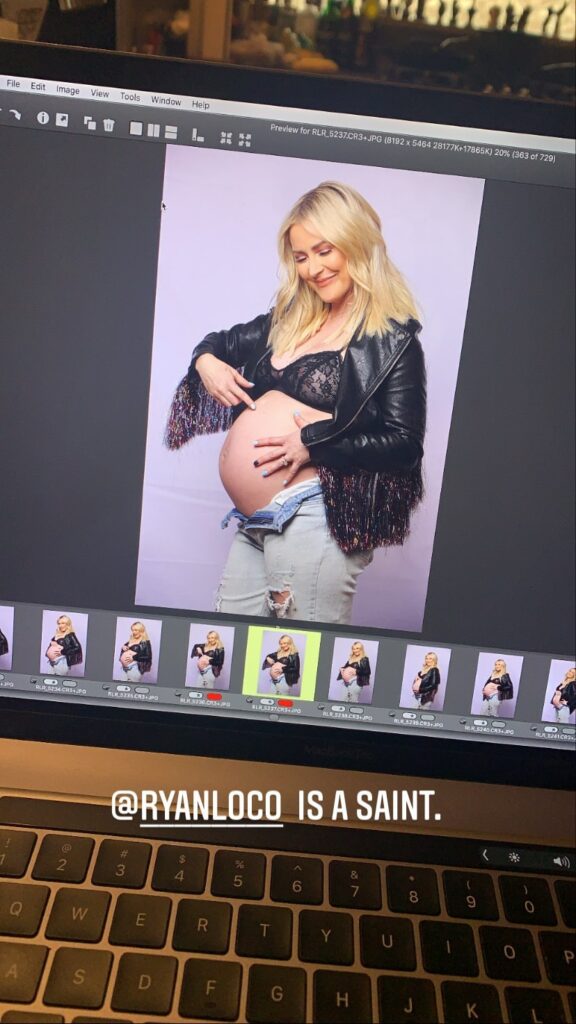 Renee Young continued that she wasn’t thrilled to be on the road all the time with the WWE crew which is the best part of not being with them. This back and forth thing is a staple in the world of pro wrestling, even during the pandemic. The interesting part is that she and Jon Moxley had been trying to become parents for months and suddenly it happened just after she decided to leave the WWE.

“I literally got pregnant the month after I left. Isn’t that crazy? We had been trying for a while and were like, ‘What is happening?’ Then right away, it was like, ‘Oh, there it is.’ But it’s definitely a weird adjustment because you’re always used to being on the go.”

Moving on, the former Talking Smack host mentioned what’s the strangest thing about not being with the WWE. She used to be surrounded by friends and colleagues, all the time in her workplace but now she can’t see them. The fast-paced life had come down to a halt which is something that Renee Young must be missing. 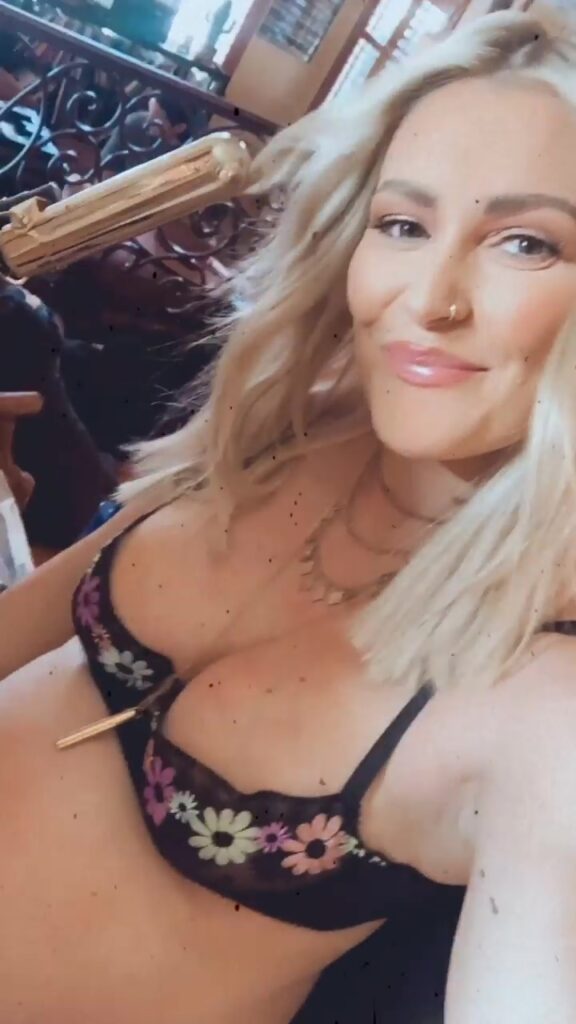 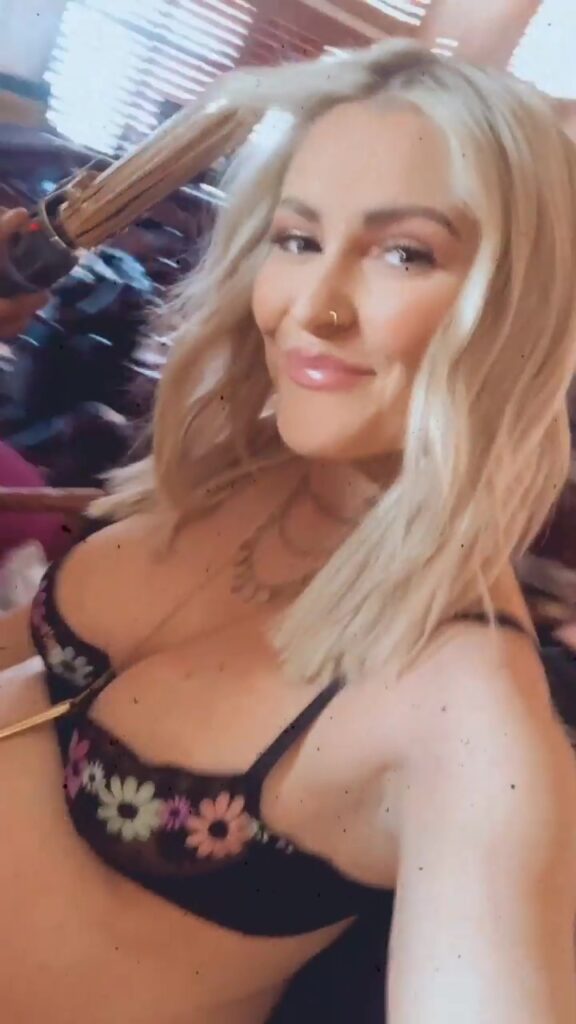 Renee Young did return to WWE for one night to co-host the season two premiere of SmackDown on FOX. At this point, she doesn’t know what could possibly be waiting for her, down the line. It’s like going through the unknown after leaving one job without having the next one on deck. But she’s confident enough that opportunities will come to her, no matter what. She particularly mentioned doing the outside endeavors that weren’t possible with WWE’s restrictions.

“You guys know with WWE, once you’re in that wheel and it’s moving, those opportunities to get off that ride don’t come up often. There’s always something else that comes up, another date to be added, another event, whatever. So, once the ride slowed down enough, I could go, ‘Oh, this is my exit. I need to jump off now.’ Or, another couple of years is gonna pass by and I don’t want some of my prime years passing and I’m just sitting and waiting for whatever opportunity might come my way.” (Transcription by Wrestling Inc)

It’s An Injustice To Keep Hardik Pandya At No. 7: Aakash Chopra