For the most part of WWE’s ThunderDome era during the COVID-19 pandemic, it was Sasha Banks who carried the load for the Women’s Division with the likes of Bayley or Asuka. This was much-needed in the absence of other big star powers like Becky Lynch, Ronda Rousey, and Charlotte Flair for some part.

For keeping up the good work, Sasha Banks was rightfully crowned as the top-most wrestler of 2020. She later headed to WrestleMania 37 as the SmackDown Women’s Champion that was much-deserved. Unfortunately, the losing streak at the Show of Shows continued for her as she went into a hiatus. There’s no confirmed update on when that’s going to happen. 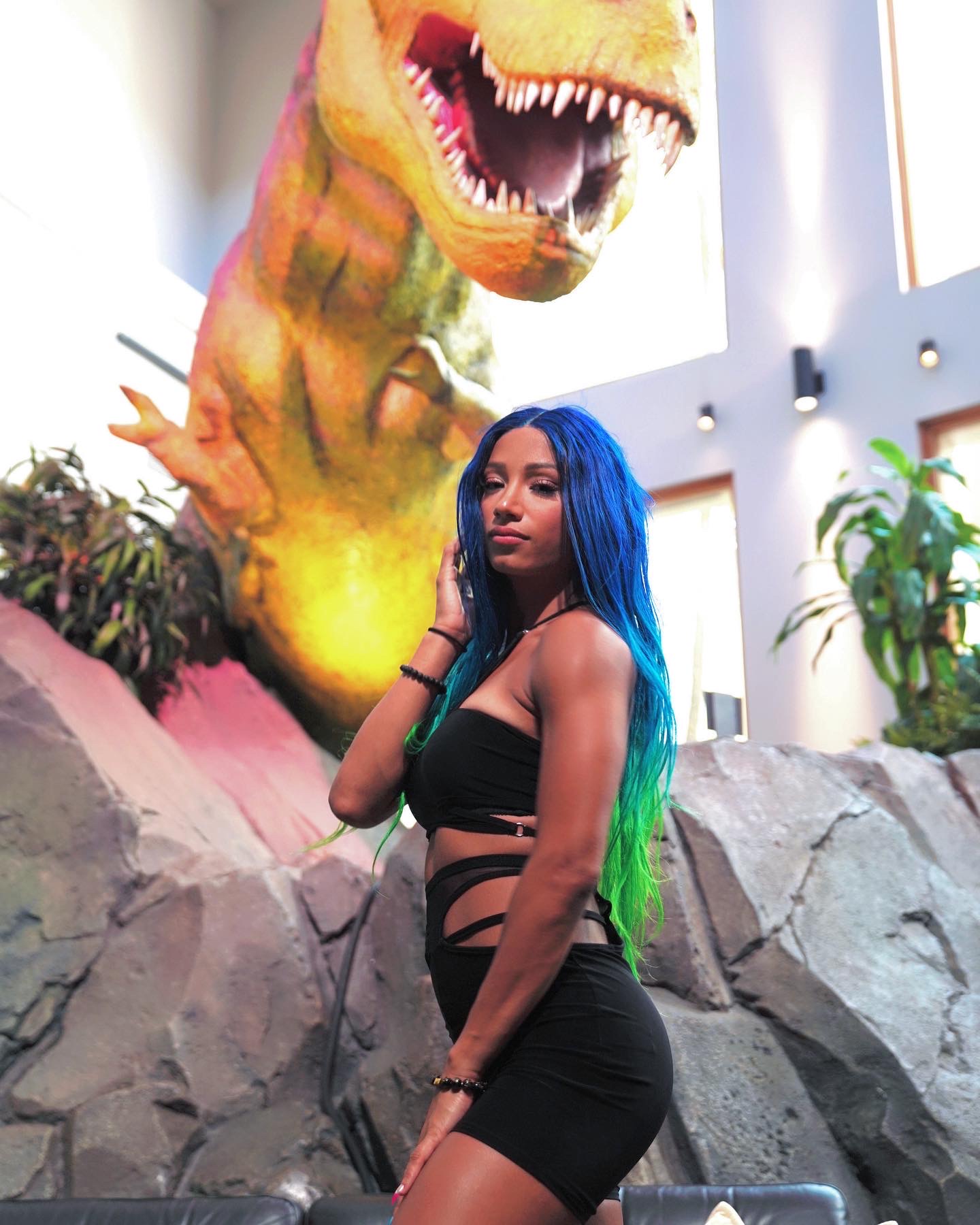 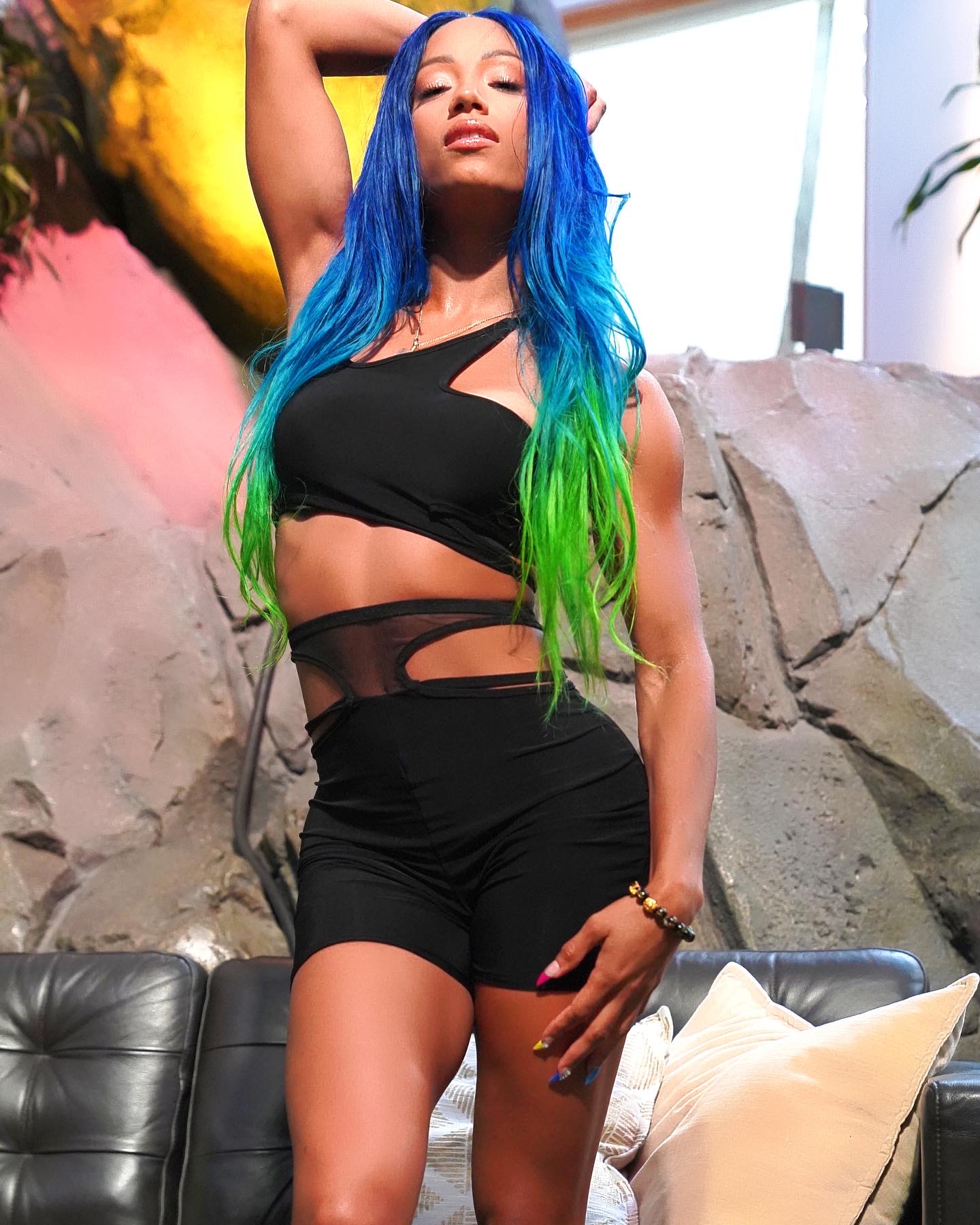 While enjoying her hiatus from TV, Sasha Banks paid a visit to the Jurassic World in Florida. As reported earlier, WWE posted a few photos from that trip on their Instagram account. 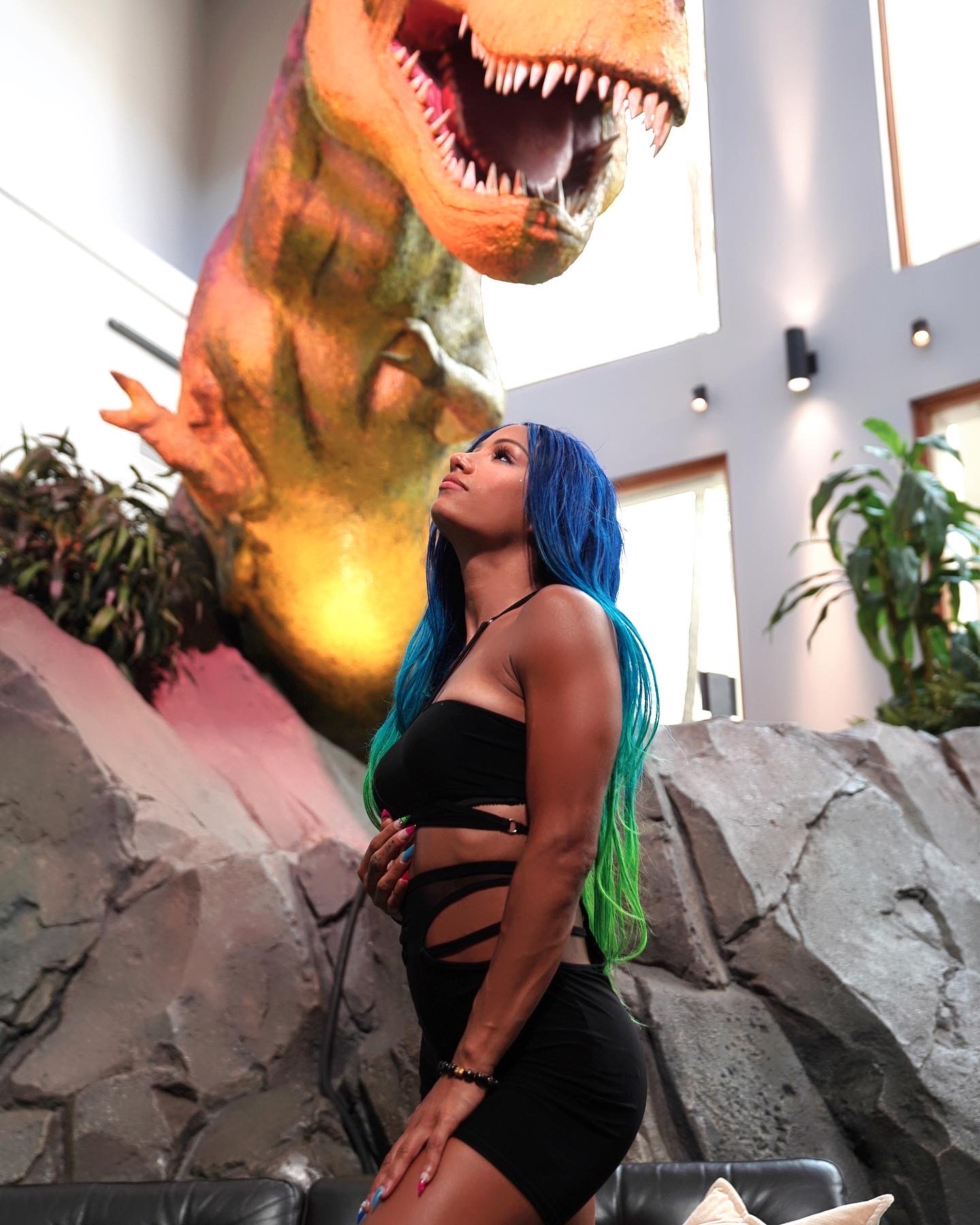 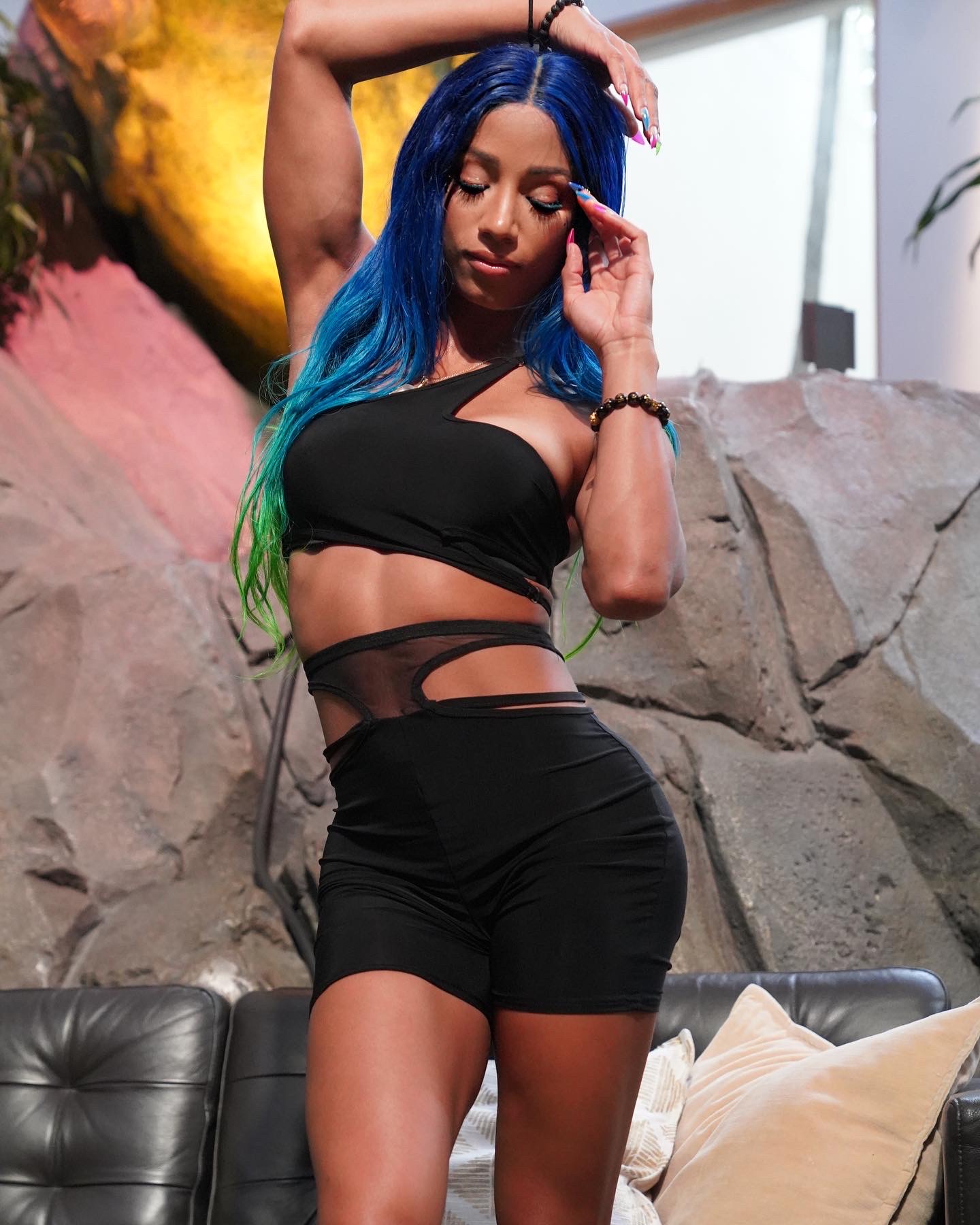 Now the superstar herself put up some snaps of her posing in front of the T-Rex. In a black outfit, the veteran superstar literally sizzled who also channeled some hot vibes in those photos. Her undies were upped to the midribs, as you can see.

Over the span of her long career in the WWE, Sasha Banks has wrestled in many huge matches. But there’s one big match that is very special for her who also voted it to be the greatest women’s match of all time. That match happened at WWE NXT TakeOver: Brooklyn against Bayley, six years ago. 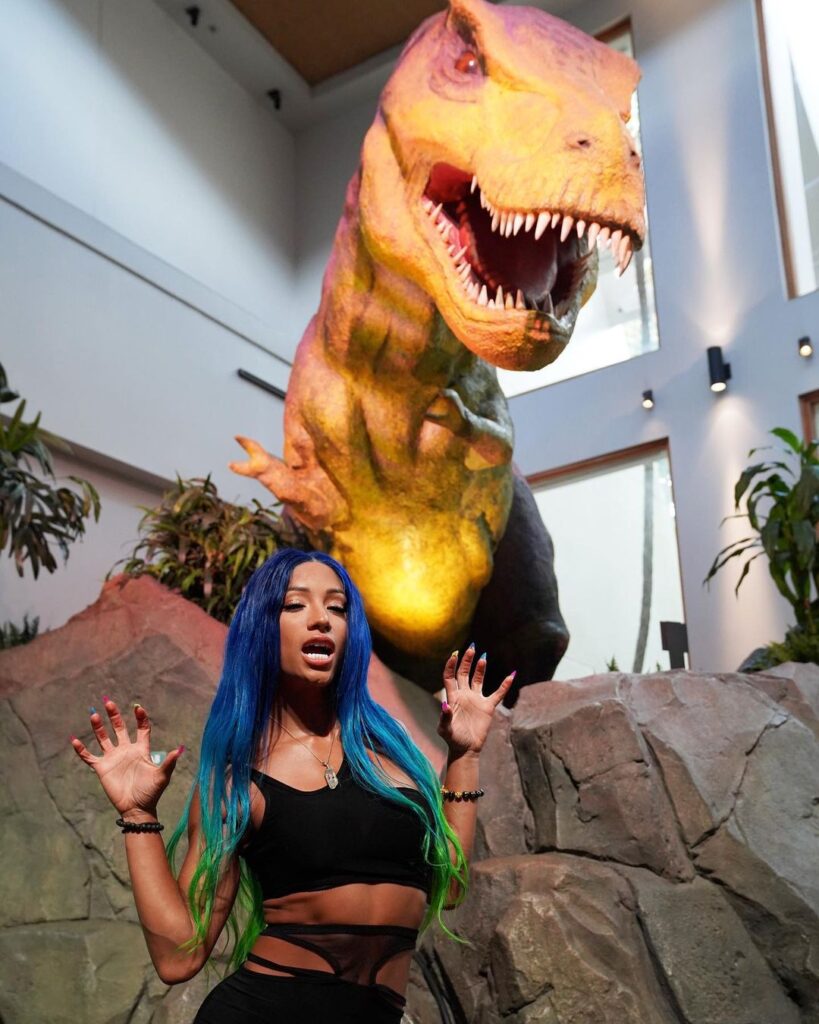 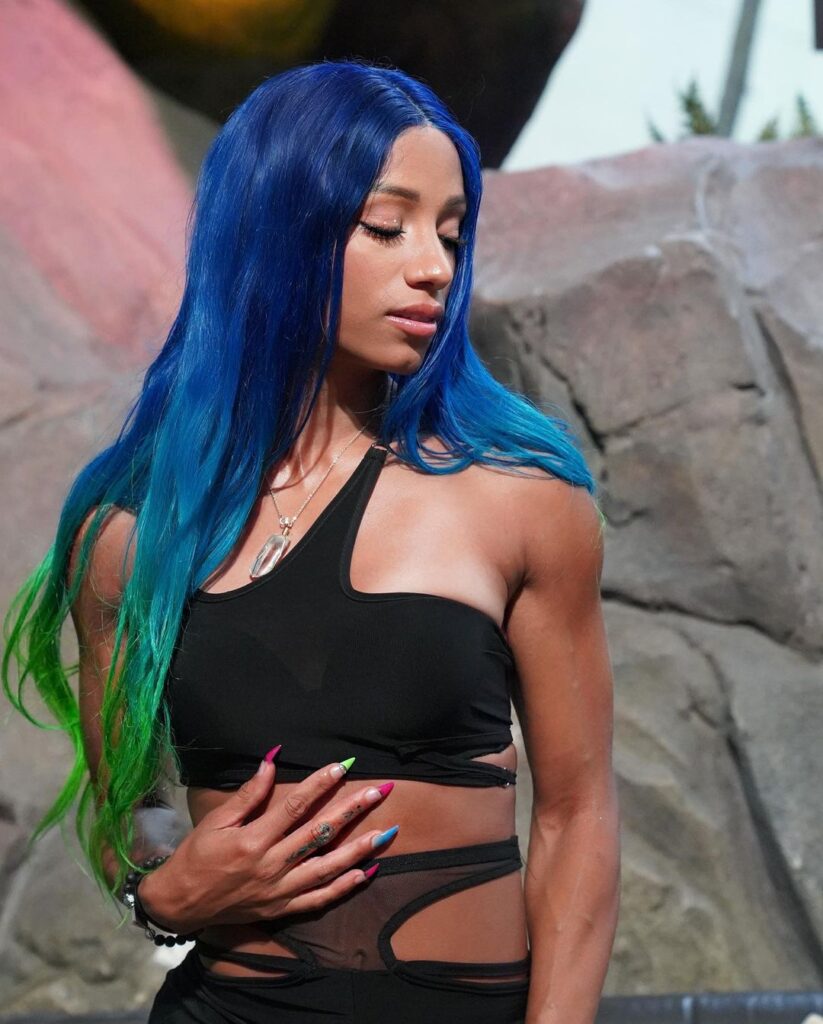 While speaking with Just Women’s Sports podcast, Sasha Banks had tons of praise about that match where they had the pleasure to perform outside the Florida zone, for the first time in NXT history.

“It’s the most talked-about match, really in the history of women’s wrestling and I’m so thankful for that match because it really changed the game of everything in the business for women. I remember that match clearly because it was two months before I got called up to the main roster and I finally made it to Raw, which was my dream since I was a 10-year-old kid, and I was NXT Women’s Champion,” Sasha Banks said. 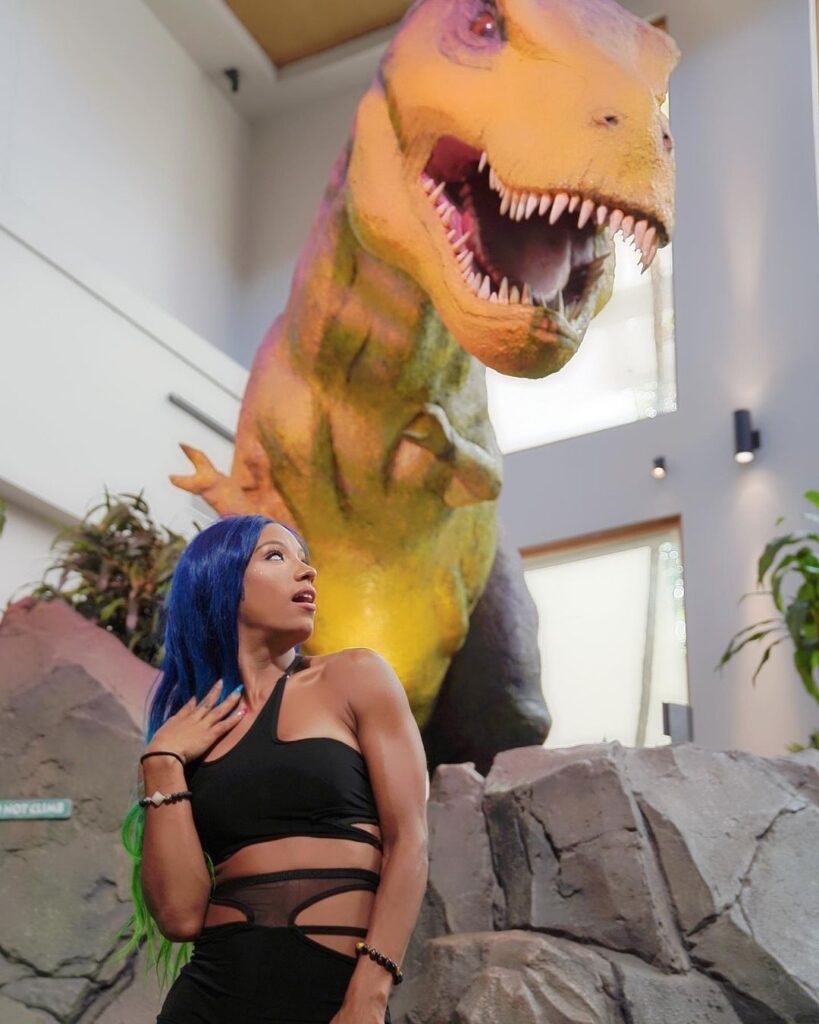 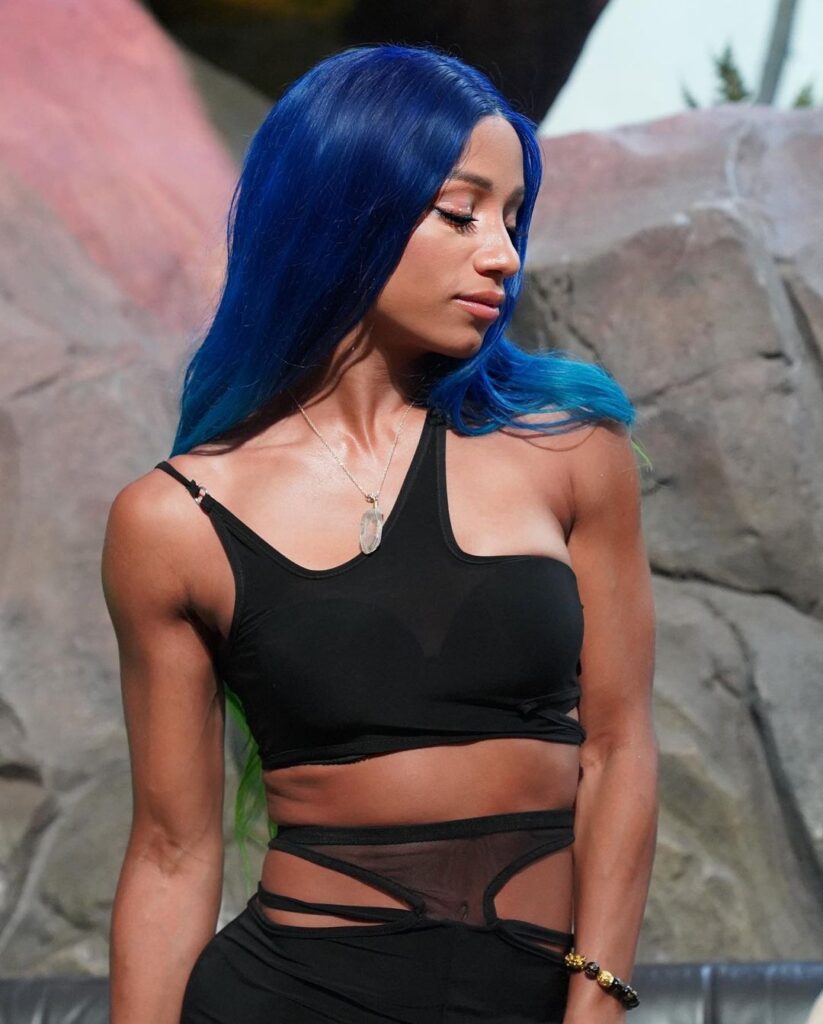 Sasha Banks has main-evented WrestleMania 37 Night One with Bianca Belair in a historic match. On that night, she dropped the SmackDown Women’s Championship to Beliar that ended her sixth title reign on the main roster. Afterward, she headed into a hiatus which may have been needed for filming content for her role in the Star Wars franchise.