A couple of months ago, reports were out claiming that an unfortunate pregnancy rumor sidelined Charlotte Flair from competing at Wrestlemania 37. Apparently, those are back after a tweet was dropped by her fiancée Andrade, last night. While this is something the fans are discussing, the former NXT Champion also made his AEW debut to keep himself in the conversation.

Andrade took to Twitter to post a photo of himself and Charlotte Flair along with the following caption,
“Let’s celebrate the good news. I love you #mami and you look pretty #queen.” 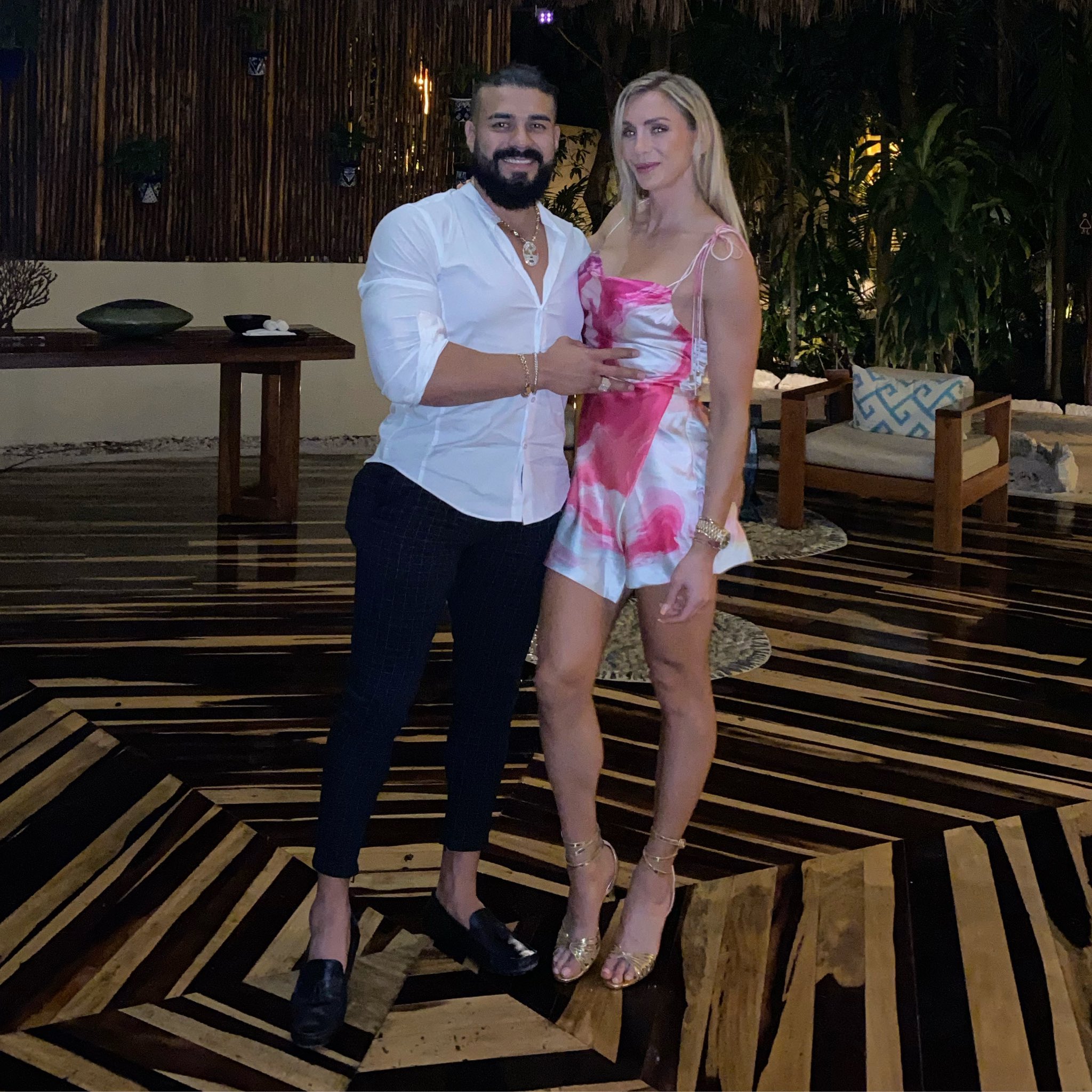 As seen in the photo, the former WWE Superstar was putting his hand on the belly of his ladylove that fuelled speculation on whether The Queen is pregnant or not. It was also rumored whether the happy couple has decided to set a wedding date, as of late. But it certainly seems like Andrade was probably talking about his arrival to the AEW roster.

Earlier on Thursday, Andrade also shared a picture of him and Charlotte Flair with their in-laws while a video of him suplexing Ric Flair into a swimming pool also went viral, earlier this week. The couple got engaged on New Year’s Eve 2020, after going public with their relationship during WrestleMania 35 weekend. 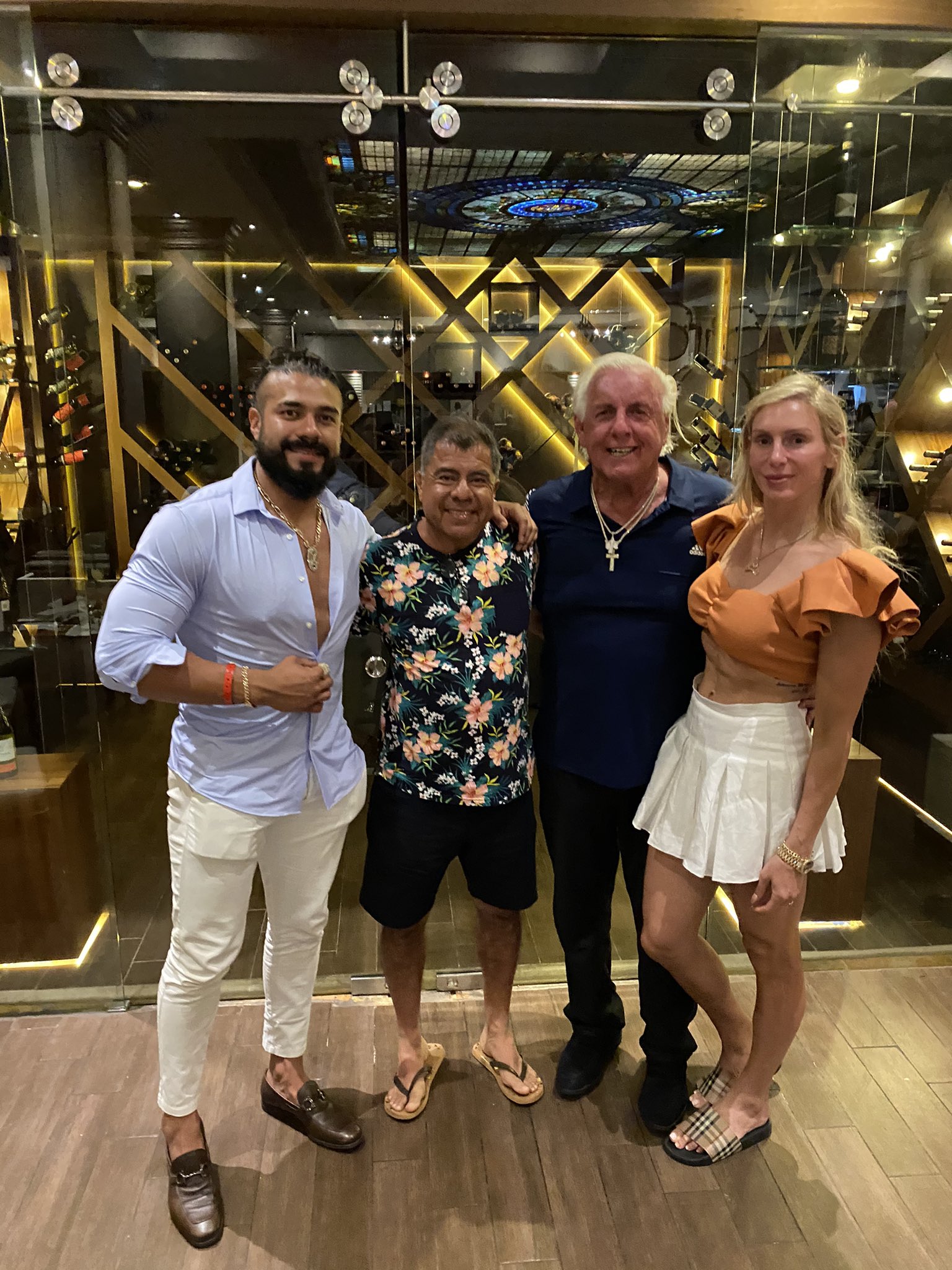 Charlotte Flair seemed to be watching AEW Dynamite live when her fiancée was introduced as Vickie Guerrero’s new client. The Queen posted 11 crying face emojis and 11 heart emojis while reacting to this massive debut. Andrade appeared during WWE Hall of Famer Mark Henry’s welcome segment. In his short promo, El-Idolo made it clear that he plans on becoming the new face of AEW. It should be noted that Andrade was granted his release from WWE on March 21.

A few weeks ago, a poster released by the Xalos promotion revealed that Andrade will be wrestling lucha libre legend El Hijo del Santo on June 12. It will be Andrade’s first match since leaving the WWE. After that, Andrade will be a part of Federacion Wrestling’s first event on June 19 and a month later will battle Alberto El Patron [Alberto Del Rio] in Texas. As for Charlotte Flair, she is set to challenge Rhae Ripley for the Raw Women’s Title at Hell in a Cell.