Bobby Lashley Has No Clue Why WWE Ended Feud With Rusev

Perhaps the most controversial storyline of 2019 was the live triangle featuring Bobby Lashley, Rusev and Lana. During the Raw premiere episode on September 30th, Lana returned on TV alongside Lashley to everybody’s shock. The duo then turned heads as Lana started making out with Lashley standing on the ramp as Rusev stared on. The audience had no clue what was going on and why’d Lana leave her real-life husband like that.

The feud between Bobby Lashley and Rusev thus began with Lana standing in the middle.  Lashley recently spoke with Stephanie Chase of Digital Spy and discussed how the heated feud didn’t witness a proper end. The Dominator ended up taking away Lana from Rusev and then eventually had a bizarre wedding on Raw.

The rivalry then continued until mid-January with Lashley having the upper-hand whereas Rusev was taken off TV, shortly after that. Rusev was absent until WWE informed that he was released alongside numerous other talents as the company decided to have a budget cut caused by the COVID-19 in mid-April. Bobby Lashley admitted that the feud should have reached a real conclusion,

“I don’t think it had a proper conclusion,” he said. “I think there was so much we could do. We had a full head of steam, people wanted Rusev to rip my arms off and beat me with them.” 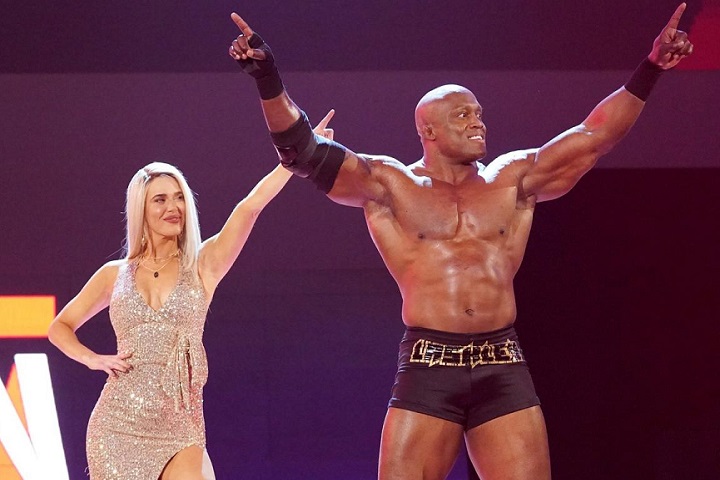 Bobby Lashley proceeded to say that he didn’t know why the feud ended abruptly without Rusev not getting his revenge. Lashley had a ton of praise for the Bulgarian Brute saying that they were at the point where Rusev needed to get payback and thus he could become a top babyface of the roster. But for somehow reasons, it didn’t happen,

“I really don’t know what happened to tell you the truth,” Bobby Lashley said. “I think we were at the point where the revenge needed to happen and it didn’t. I don’t know where we could have went or where we were going to go with it.

Rusev is a free agent in the professional wrestling industry who could sign with any promotion he’d like after July 15. For now, he’s under a 90-day non-compete clause and has to wait until that expires. Bobby Lashley is currently feuding with WWE Champion Drew McIntyre and will challenge for his title at WWE Backlash on June 14. WWE has started teasing a split between Lashley and Lana, heading into Backlash.