Charlotte Flair is currently out of action from WWE Raw portraying a kayfabe injury. In reality, she had an elective surgery done to her body. She could be gone for a long time but she promised to be back into the scene, as early as possible. WWE can’t afford to keep a bigger name like her out of TV for a long time.

In the meantime, Charlotte Flair is taking social media sites to keep her presence felt through some thirst trap photos. While fans are waiting to see the ten-time women’s champion, once again, she has shared another shot from a private photo shoot. She is back with another black lingerie photo to raise the temperature on Instagram.

Just a few days ago, The Queen had another sultry photo drop from the same shoot, forcing the fans to want some more of her. Apparently, Charlotte Flair didn’t depress her fans and returned with a double gift for them. Apart from the emoji of a puzzle pieced picture, she also dropped a couple of more pictures in separate lingerie.

This time around it was a traditional thirst trap photo in the form of mirror selfies, moving on from professional photoshoots. So she went down in a floral bikini attire that seems to be jaw-dropping for most of the fans. Apparently, Charlotte Flair wanted to post a photo with a caption to her new Instagram story. She also wanted to give a view of her wardrobe via this picture. 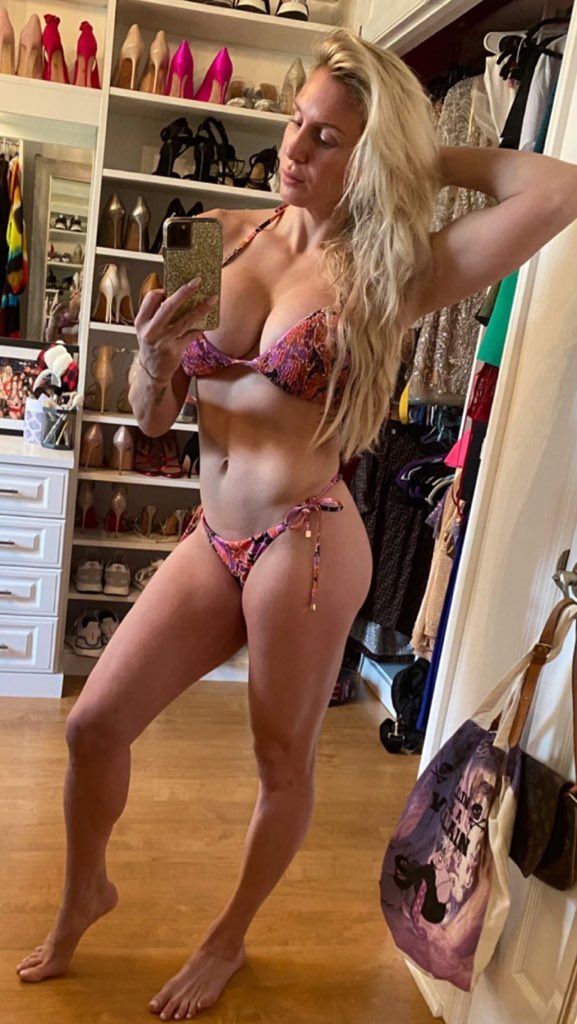 But fans could hardly notice anything behind the genetically superior athlete, after seeing her in these bikini pictures. Well, Charlotte Flair definitely knows how to pose and with such a great body shape, she’d try some more at doing thirst trap photos. 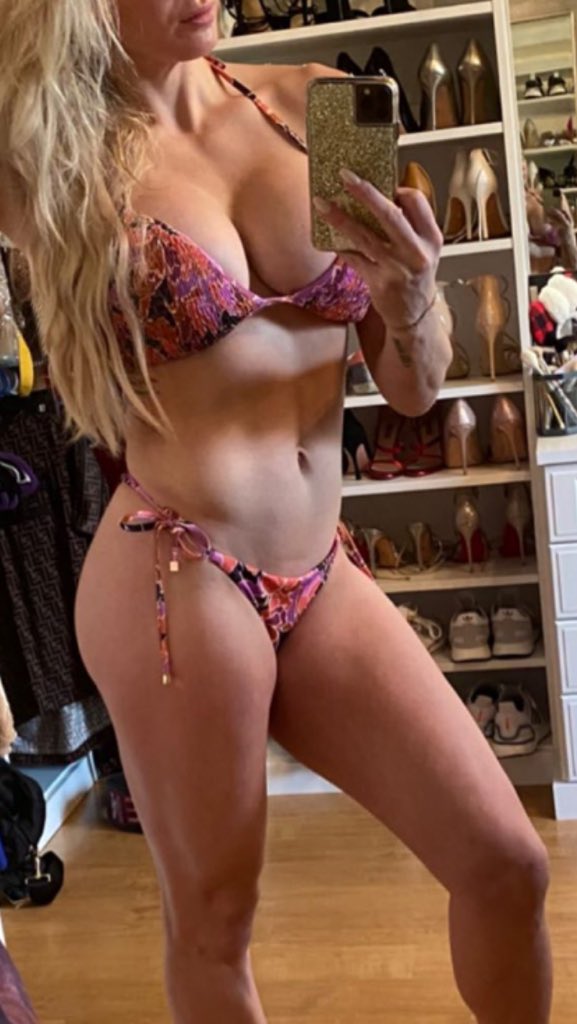 Recently, Charlotte Flair and WWE Chief Brand Officer Stephanie McMahon joined Tara Slone on the debut episode of SPORTSNET’s Top Of Her Game series. She revealed during the conversation that it was a late decision to move into the wrestling business, following the footsteps of her legendary father, Ric Flair,

“When I did start wrestling, I felt like, for the first time, I found where I truly belonged in this world,” Flair admitted. “It was along the way I found out who I was, and what I was meant to do, and gain more confidence.

And when I started to realize, like, ‘Hey, I can do what these guys can do’. And then I had a group of girls I started with and we all just said, ‘We want change the game.’ My whole life changed. I found where I was supposed to be. I just wished it wasn’t so late in life, but I guess that’s my journey.” (Courtesy wrestlingINC.com)