Charlotte Flair is very much present in the WWE context despite being in a hiatus from WWE due to breast augmentation surgery. She was seen actively promoting the ongoing Women’s Evolution week on social media. Plus, she was a guest on The Bellas podcast this week where she revealed pitching ideas for her creative direction in the past.

Speaking with the Bellas, Charlotte Flair mentioned that she really wanted to get involved in a program with Stephanie McMahon and Triple H. It is yet to get approved by the creative team. The idea was apparently discussed earlier this year when she was working in NXT. She also became the NXT Women’s Champion for a short timespan. 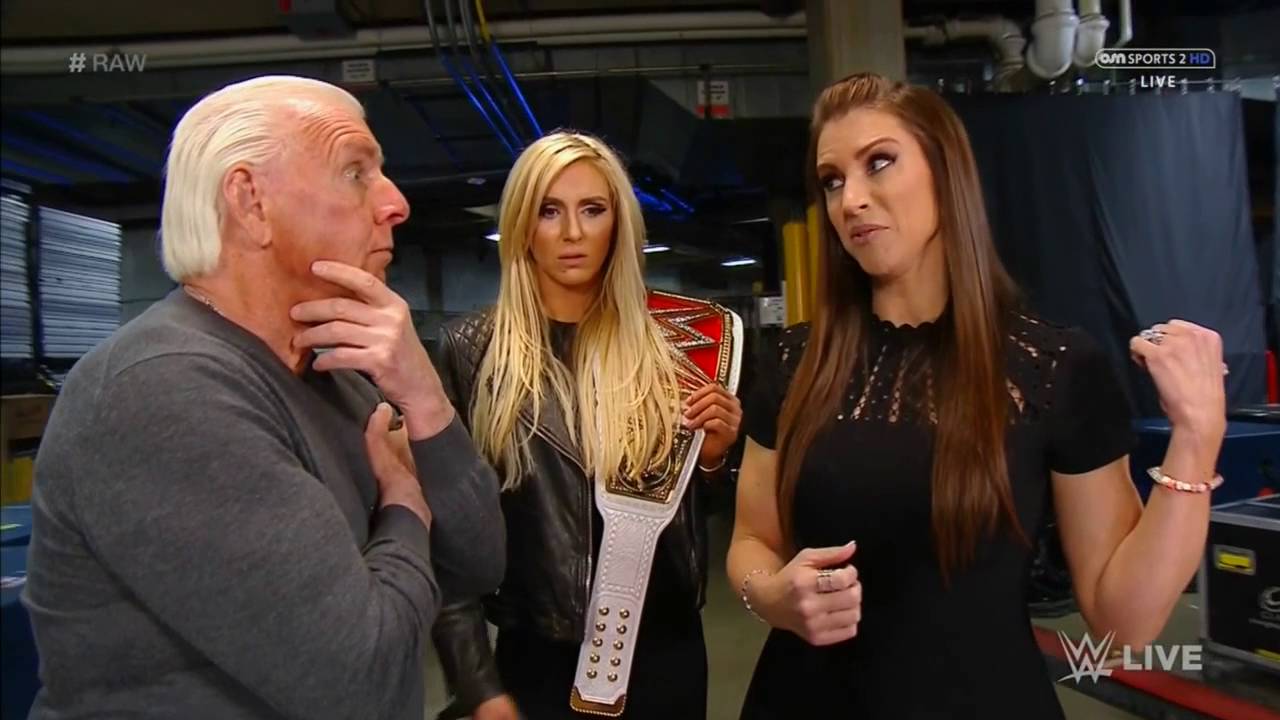 The ten-time women’s champion stated that she wanted to be in a feud with NXT Head and WWE legend Triple H, in a ‘Mentor vs. Student’ rivalry. She also pitched an idea of a “Royalty vs Royalty” storyline in WWE with Stephanie McMahon after the Bellas suggested with a similar plan. Below is what Charlotte Flair had to offer,

“Because I spent time in NXT recently, I was really hoping I could get into it with Triple H, being like the brat and him being like, ‘I made you.’ Maybe later down the road.” (Quotes courtesy Fightful.com)

As mentioned above, Charlotte Flair has been a big part of the Women’s Evolution in WWE. She worked under Triple H at the very beginning of her career and thus becoming a top star in the company, in the process. So it’s a no-brainer why The Queen would want to pay homage to her former mentor by featuring in an intergender rivalry.

The Queen has never crossed paths with Triple H, on-screen. But she did have some heated interactions with Stephanie McMahon in the past. While enjoying her first Raw Women’s Championship reign back in 2016, she had confronted the Billion Dollar Princess.

Once, Stephanie even slapped her father that indicated WWE could arrange a program between the two. But that didn’t happen, to date.

Earlier this year, Charlotte Flair dethroned Rhea Ripley from her NXT Women’s Championship at WrestleMania 36. She kept the title intact on her shoulder NXT TakeOver: In Your House last month to Io Shirai. Speaking to The Bump YouTube show, Flair mentioned how much pleasure she had while working on the black-and-yellow brand,

“I felt like an outsider. It’s incredible what they’ve done. For NXT being the third brand, I couldn’t be more proud of them. I wish I had more time to develop more stories with all of these stars.”