Randy Orton competed against WWE Hall of Famer Edge at Backlash in the main event match that was billed as The Greatest Wrestling Match Ever. It took place at the WWE Performance Center in Orlando, Florida amid the presence of the enhancement talents. Due to its pre-taped format, some of the fans doubted to give it the promoted accolade while some are okay with it.

The main issue with the match was that rumors claimed that WWE took several hours to produce that match. Usually, matches in WWE happened in a live format where superstars don’t get to undo their shots. However, in this case, Edge and Randy Orton could have edited their moves doing re-takes.

But in reality, that may haven’t been the case, as clarified by the Rated R Superstar. He was happy with a limited number of shots.

Edge Vs Randy Orton Part III: Update On When WWE Is Hosting The Match Edge has opened up on the filming process of his contest against Randy Orton at Backlash. The main reason why WWE taped this match in advance was to make sure that it could be the best match possible.

During a recent appearance on Busted Open Radio, the eleven-time world champion opened up on the match. He seemed pretty happy with the final product of the match.

Here’s more from him on the filming details,

“Contrary to the experts, it was not taped over seven or eight hours, it was once, straight through, and then we did four pick-up shots. I’ve seen people complain about the (under the rope) shot of the DDT. That’s a total of two seconds.”

Edge talked about that DDT spot and said if that ruined the entire match then you have git bigger issues. He stated that often fans need something to complain about, but he considered the match to be a ‘huge test’ to see where he stands in this ‘new incarnation’ and how he is going to wrestle, moving forward. 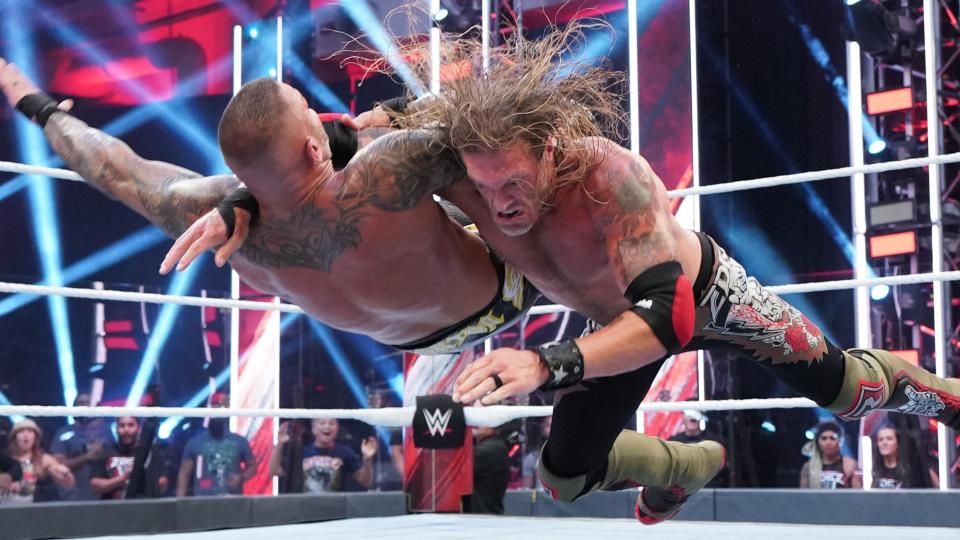 Edge understands the fans want to see spots like superkicks and flips in matches, but that’s not his style. He’d rather contend with a match where Bret Hart, The Undertaker, and Gerald Brisco text him after seeing it.

“Those pick-up shots, I hated them, and it was my idea. I saw the first cut, without any of that in, and I was like, ‘We don’t need them,’ but Vince loved it. I was like, ‘Damnit, now they’re going to be in there.’”

The Greatest Wrestling Match Ever was worth watching that lived up to the hypes. Unfortunately, Edge sustained a torn triceps while doing re-takes of a spot for the match. As a result, he won’t be back in action for the next few months. In the meantime, WWE continues to escalate his feud with Randy Orton for another match.