Rey Mysterio is making WWE appearances, as of late although his contract with the company has expired. He is technically working without a deal that is a rare occasion in WWE. This shows how much trust Vince McMahon does have for him. Thus he’s booked to perform at Extreme Rules in a unique Eye for an Eye Match.

There are a lot of supposed reasons why the veteran would want to work a new deal out with WWE. His son Dominik’s career is one of those big reasons for sticking around. 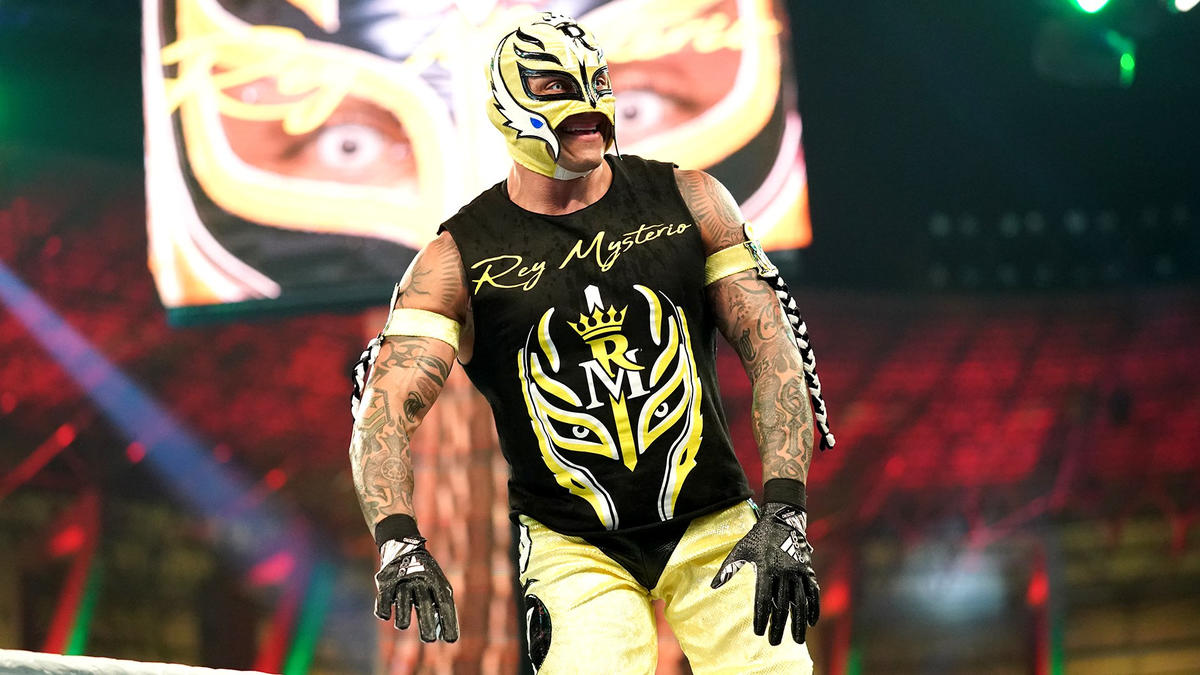 The latest reports around him suggest that he’s still getting paid although there’s no existing deal between the two parties. The Wrestling Observer Newsletter noted that Rey Mysterio is working through the contract that has just been over. It’s simply been carried forward for the time being until he signs a new one or tries to go out of the company, if not been pleased.

“Mysterio has been working on the terms of his original 18-month contract,” informed the source.

As reported previously, Rey Mysterio wanted a pay raise from Vince McMahon which was denied at this time of the coronavirus pandemic.

This was reportedly the key reason why the contractual hold-up situation was created in the first place. The fact that The Master of 619 isn’t willing to sign a new deal could hint that other promotions namely AEW could have offered him the same amount.

It appears that Rey Mysterio is with the WWE just out of courtesy. Currently, he is gearing up to feature in the first-ever Eye For An Eye match for The Horror Show at Extreme Rules on July 19th. WWE will use CGI technology during the eye extraction scene that is the only way to win the bout.

Chances are high that Rey will lose the eye which provides WWE an opportunity to write him off the television.

WON further noted that Rey Mysterio is a trustworthy person for WWE whom the company won’t want to lose, anyway. Here’s a snippet if Rey does choose a different path other than WWE,

“It’s notable because in this type of an environment, with competition, from a legal standpoint, Mysterio could show up on the 7/15 Dynamite show or 7/18 Impact PPV show and not on this show. Now, that isn’t going to happen and it shows the trust Vince McMahon has in Mysterio to book a guy in a key PPV angle who could legally walk out in mid-angle or no-show the PPV card.”

But it seems the former world champion is much worried about his son’s success in the pro-wrestling business. WWE is the best option that he could receive and thus his father doesn’t want to grow bad blood with them.