As noted by the WWE, this week new matches were added to the show of shows whereas some matches got updated, as well. The originally predicted United States Championship match was scrapped whereas the SmackDown Women’s Title match was updated. Now reports have arrived that the nothing but the Coronavirus epidemic is the reason behind this sudden change.

How WWE Is Protecting Themselves From A Shutdown Around Wrestlemania 36?

WWE Superstars Dana Brooke and Rey Mysterio are currently in self-quarantine due to the coronavirus pandemic, according to the latest reports of Dave Meltzer on Wrestling Observer Radio.

Brooke was involved in a Six-Pack Elimination Challenge for the SmackDown Women’s Title match at WrestleMania which has now become a Fatal-5-way where Bayley defends against Tamina Snuka, Naomi, Lacey Evans, and Sasha Banks.

Rey Mysterio, on the other hand, defeated United States Champion Andrade in a singles contest on last week’s episode of Monday Night Raw. This was a setup for a singles contest between the two of them at the grandest stage of them all.

But all of a sudden, it was announced that Andrade will team up with Angel Garza to take on WWE Raw tag team champions, The Street Profits (Montez Ford and Angelo Dawkins) 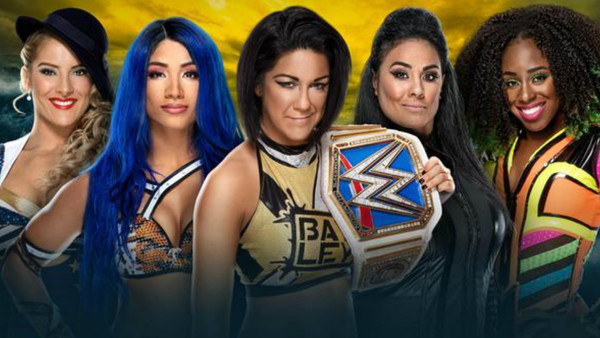 Reports suggested that Rey Mysterio is currently in quarantine due to concerns over the COVID-19 outbreak. WWE considered multiple ideas for the United States Title and went ahead with the Master of 619 being the challenger over the mid-card title.

But Rey has now been pulled from WrestleMania 36 due to the quarantine that has to continue for at least 14 days. This the precautionary measure suggested by WHO to get rid of the Coronavirus.

As for Dana Brooke, it was noted that she was pulled from the WrestleMania match because she’s currently sick and hence had to move to quarantine. WWE officials did not want to take any chances with her and as a result, her appearance from the lineup was pulled.

It was also noted that WWE officials are concerned for her, but no health details on her were provided. There’s no official update available on Brooke but she revealed on Instagram that she’s working out at home instead of the gym.