The first indications of Ronda Rousey coming back to the WWE were perhaps received after last night’s ongoing at the WWE Headquarters. As reported by wrestlingINC.com, the former WWE Raw Women’s Champion was spotted visiting at WWE HQ in Stamford, Connecticut. Along with him, Cain Velasquez has also visited the place, where WWE’s activities are controlled.

There’s no confirmed update on why the former UFC champions showed up at the WWE Headquarters in Connecticut but this could have something to do with their potential return on WWE programming given the fact there have been plenty of rumors around these whereas WWE remained silent on the issue. 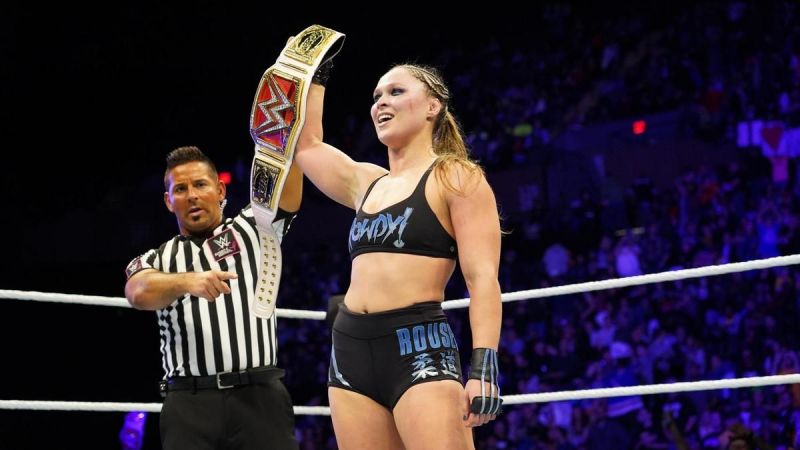 With WrestleMania right around the corner, both Cain Velasquez and Ronda Rousey could certainly show up on either Raw or SmackDown to boost up ratings and viewerships.

It was Cain Velasquez who revealed that he ran into Ronda Rousey while visiting the WWE Headquarters. He tweeted out a photo with a former UFC colleague stating the following, “Had the pleasure of running into the pioneer that definitely also inspired my interest in the sport. Great to see you @rondarousey. @wwe” As mentioned above, neither WWE nor the superstars opened up on why they had attended the spot.

Had the pleasure of running into the pioneer that definitely also inspired my interest in the sport. Great to see you @rondarousey. @wwe pic.twitter.com/IipeX4ZK1Y

As per the recent reports, Cain Velasquez returning to WWE could be just a matter of moments provided the fact that the Mexican star is attending training sessions at the WWE Performance Center in Orlando, Florida, on a regular basis. But WWE is yet to find out how to utilize him properly in a storyline. The speculated rematch with Brock Lesnar is also said to be scrapped out due to his long absence, although it’s not fully confirmed.

Also, it was recently reported that Ronda Rousey would not return in time for WrestleMania 36. It’s possible that plans have changed around her since she was spotted at the HQ.

With the women’s division matches looks to be all set, probably WWE would look forward to inserting the baddest woman on the planet into the context, right after the biggest event gets over. For now, we have to wait and see how WWE plans to use these two mainstream sports stars in the programming in due course.